Connie Myslik-McFadden is a Jungian psychotherapist and writer in Bozeman, Montana. After graduating from St. Luke's Hospital School of Nursing in New York, she worked for a short time as a Visiting Nurse and then married and raised three children. She began writing then--stories and poetry--and after a while became a research writer for the United States Tennis Association, co-authoring two books, "Speed, Strength, and Stamina: Conditioning for Tennis", and "The Tennis Player's Diet", both published by Doubleday. She returned to school in her thirties, earned a Masters in Social Work, and began practicing as a psychotherapist in Princeton, New Jersey. Her novel, "Imago", was begun at that time but was filed in a drawer as her practice built and she could find little time for writing. Jungian analysis, graduation from the Barbara Brennan School of Healing and Society of Souls, a Kabbalistic school of healing, followed. Only when she took a sabbatical from her busy practice, living for a year in the mountains of Montana, was she able to complete "Gathering the Soul: A True Story of Spiritual Healing", published in 1999. She fell in love with Montana and has lived in Bozeman for twenty-two years, working with individuals, couples, and groups, leading dreamwork workshops, and writing. Her most recent books are "Imago" (literary fiction), "Bad Gramma" (kids' story), and "Willow's Gift", a young adult and adult novel.
Connie is passionate about wilderness, wildlife, horses, and dogs. She is having fun training one of her dogs in agility, leads a women's retreat at a Montana ranch each summer, and is on the Board of Montana Friends of Jung, among other community activities.
She shares her fulfilling life with her husband and two Bearded Collies. 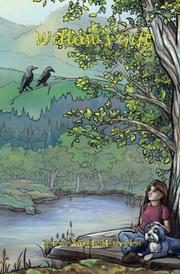 After her mother’s tragic death, a teenager discovers she can communicate telepathically with animals in this YA adventure.

The summer before turning 14, Willow Ward loses her mother to a car accident, which also robs Willow of the sight in one eye and leaves her with an ugly scar on her face. But she also gains something: an ability to communicate with animals, even at a distance. When she tries to tell her father, he reacts with skeptical ridicule, so for the next two years, Willow keeps her gift a secret. She gets help, though, from a snow-white raven who speaks to her in dreams: “I have come to be your friend and guide,” explains the dream raven. Two (real) black ravens help keep Willow safe outdoors by transmitting images of dangerous creatures nearby—the wildlife around Willow’s home in Montana is stressed and venturing closer to humans due to climate change, habitat loss, and drought, as detailed in several chapters. At the same time, Willow faces another challenge: her father is dating again, and Willow has little in common with his girlfriend’s daughter, Priscilla, an indoorsy ballet dancer. When the foursome goes camping just as an arsonist sets a forest fire, Willow must use her gift to save animals and humans. A Jungian psychotherapist, Myslik-McFadden (Bad Gramma, 2013, etc.) subtly draws on symbolism and archetypes, such as that of the wounded healer, to help make sense of Willow’s ability; it’s significant that she dislikes but accepts her blind eye and scar, refusing an eyepatch or plastic surgery. At the same time, Willow remains a believable teenage girl. She makes mistakes, gets jealous, and develops a crush on a boy at school. Other characters are similarly three-dimensional; Willow’s father loves her, but he can be insensitive and critical. This realism helps ground the story, just as animal telepathy is grounded by Myslik-McFadden’s attention to the entire ecosystem. Willow can’t save every animal or turn climate change around, but the novel ends on a hopeful note. 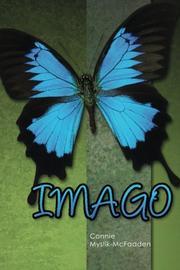 Myslik-McFadden’s novel tells an inventive tale of death and transformation.

Much of the narrative is a book within a book, written by the protagonist, Maria. Maria flies to Georgia to visit her mother, who is on her deathbed. The two have been distant, if not estranged, and Maria has never met her half sister, Gwen. It’s not just her mother’s sickness that leads Maria to fly to her side. Her mother wrote her a letter detailing her plans to shoot herself to end her life with dignity. Maria has to reconcile her own past and develop her relationship with Gwen. Her mother asks Maria to read the novel she has been working on. Maria reads it to her and decides which parts she wants her mother to hear; she’s nervous because the story concerns a woman finding herself through writing and visiting her sick mother after a long absence. Dream sequences and poems, all in different font sizes and formats, appear throughout. To Myslik-McFadden’s credit, this isn’t as confusing as it sounds. She keeps the stories separate, even if the different formats distract. Maria’s novel seems to reflect much of her life, though she tells her mother that it’s not autobiographical. The novel within a novel makes up the bulk of the book’s final 200 pages, only returning to the main story occasionally to mark the passing of time. The author leaves the reader to decide how much of Maria is contained in Anne, her novel’s protagonist. Myslik-McFadden imparts a wonderful sense of place and setting, letting the readers see, feel and smell the scenes. The action is clear and vivid, but the consequences are for the reader to ponder.

A nuanced, memorable book that draws no facile conclusions.

Gathering the Soul: A True Story of Spiritual Healing

"Gathering the Soul" is a true story of spiritual healing. Told in alternating chapters from the perspective of the author and a severely abused patient with multiple addictions, it traces the author's transition from traditional psychotherapist to Jungian psychotherapist/hands-on healer and the patient's recovery of her Soul.
ISBN: 0-7388-0473-8