C.P. Mangel received Bachelor of Arts and Master of Public Health degrees from Northwestern University,
and Juris Doctor from Georgetown University. Mangel practiced law for over two decades, and then received
a Master of Fine Arts from the University of British Columbia.

“Essentially this is a story about social cruelty.... Doing the right thing versus saving oneself is a very hard question, one that should engage every reader.”
– Kirkus Reviews 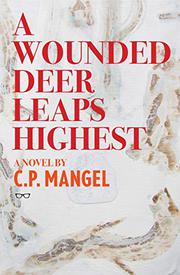 A debut historical novel focuses on racial tensions in the South in 1950.

In this tale, the Horaces, a mixed-race couple, have moved from Chicago to fictional Kidron, North Carolina, because Titus’ Aunt Callula has bequeathed him the 90-acre ancestral homestead, begging him to settle there and keep it in the family. Fifteen-year-old Asa is the couple’s bright and perceptive daughter. The story is told through her eyes, eyes that are being opened to the rigid Jim Crow rules. Titus is a well-educated Black man, former lawyer, and successful writer; Ardene is White and Jewish. To complicate things further, Asa could easily pass for White. Essentially this is a story about social cruelty. The Ku Klux Klan is everywhere; stores and even hospitals are segregated; and with few exceptions, the hoi polloi are viciously and openly racist. Blacks bear the brunt of this, but Jews and other outsiders are barely tolerated. Threats are as pervasive as the weather and as subtle as thunder. The Black community, used to this climate, tries to make the best of it. But Ardene is a natural fighter, determined to start to make things right. Asa becomes deeply involved in a big project to renovate a house into a library for Blacks and eventually helps people “check out the books they want” at the new library. But the idea of Blacks reading is beyond anathema in Kidron, and a heavy price will likely be paid.

Mangel’s dark novel is a very ambitious undertaking and strong in many ways. The typography—left margin justified, right not, as well as artfully broken lines—signals loose blank verse. For most of the book’s 600-plus pages, the verse simply moves the plot along. But when the subject invites it, readers can hear the poetry, rather like a radio signal that fades in and out. For example: “Miss Junetene brings out an oval pie basket, sets / it on the table. ‘Asa, I have some lemon biscuit / for you mama and made them fig biscuit for you pa’ /… /… / The basket has a crisp ruffled trim of forest green / gingham. ‘That’s a pretty pie basket,’ I say.” Although poetry tends to draw readers’ attention to the words themselves and prose to the ideas those words serve, a work like this shows that the gap is not that wide. (Truly lyric poetry might be another matter.) The author delights in descriptions of all kinds, especially food, and delivers some memorable characters, like Virgil Hudson, Callula’s caretaker, immensely strong and kind; Sheriff Noah Emerson, the worst the South has to offer; Henryk, a brilliant Jewish hermit; and Miss Bertie, Asa’s teacher. Asa makes a perfect narrator and protagonist. She devours books that are well beyond her age—including, secretly, her father’s racy mysteries, written under the pen name Ovid White. And she is a useful mix of wisdom and innocence. Asa deals with the tension between sticking it out in Kidron (Ardene’s idealistic stubbornness) and Titus’ growing desire for the relative safety of Chicago. Doing the right thing versus saving oneself is a very hard question, one that should engage every reader.

An impressive segregation tale—not comforting by a long shot but true to its era and an intriguing experiment in textual form.