C. Ray Frigard is an author, artist/musician, creativity educator and presenter at national education conferences using material from his two books: Arthink: Creativity Skills for 21st Century Careers and Funthink: 12 Tools for Creative Problem Solving. He draws inspiration from music and the arts and his time in New York City in portraying his characters and setting. He is married, has four children and and now lives in Minnesota. 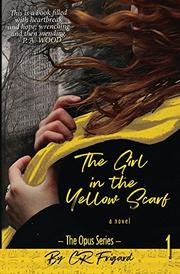 THE GIRL IN THE YELLOW SCARF

An African-American musician composes a work inspired by a white homeless woman’s life story in this novel.

Thanks to a prologue, readers know that Mike Monroe’s Broadway musical is a success, early reviews predicting it’ll be a lasting hit. That’s in 1982, but the novel soon turns to 1979, when Mike, 22, is struggling to make it as a Manhattan piano man rather than completing his MBA at NYU and joining his family’s Harlem grocery business. At the soup kitchen where he volunteers, Mike meets artist Sarah Davis, 19, originally from Kentucky, who is orphaned, homeless, and diabetic. Mike is transfixed by her porcelain complexion, silky red hair, and violet eyes—and her angelic though untrained singing voice. Mike and Sarah play and sing in a new duo, so successfully that Sarah can afford her own place. The pianist finds that Sarah’s voice and her life rouse a creative frenzy; with help from a small inheritance, he begins writing an opus based on her story in several movements: “It had to show that no matter how arduous the journey, faith, hope, and love could see you through.” Through complications—Mike’s drinking and guilt about his father’s death, a neighboring writer’s crush on Sarah, Sarah’s health, romantic upsets—the two work on The Girl in the Yellow Scarf, finding the perfect musicians to collaborate with. Their first performance in the park gets rave reviews, but tragedy follows. The story continues in a planned sequel, The Piano Man. In his debut novel, Frigard captures some feelings and themes familiar from Jonathan Larson’s Rent, which similarly focuses on struggling young artists and musicians, though these characters have it easier. And, unlike a musical, a novel can simply declare that music/singing is amazing without having to prove it. Perhaps conveniently, Sarah’s vocals tend to be “wordless,” and Frigard offers no example lyrics to show Mike’s talent. This and some fairly shameless heartstring-tugging weaken the novel; nevertheless, scenes showing the pieces falling into place for Mike’s opus are satisfying.

Maybe I am an idiot.

Next level follow up to previous CPS workbook, FUNTHINK. Each of the 16 chapters have the following concise format. INTRODUCTION that gives a brief overview of what will be experienced. CREATIVITY TOOLS that will be used. OBJECTIVE statement. MATERIALS needed, i.e., cardstock, tape, clay. WARM-UP sketching exercise, CHALLENGE scenario explains the setup and goal. PRESENTATION of creative results and list of CREATIVE CAREERS.

Each of the fourteen chapters are concise with an INTRODUCTION that gives a brief overview of what will be experienced. The LESSON is one page, listing common MATERIALS, i.e., craft sticks, rubber bands, tape. CREATIVITY TOOLS that will be used. OBJECTIVE statement. CHALLENGE scenario explains the setup and goal of the exercise. The hands-on methodology of creative problem solving offers much greater retention of the concepts over just reading about them. CREATIVITY TOOLS: Four step CPS process, Brainstorming, Visual Thinking, Concept Sketching, Concept Modeling, Journaling, Mind Mapping, Collaboration, Incubation, Springboard Research, Persistence and Practice.
Published: June 4, 2007
ISBN: 1-4196-9484-7