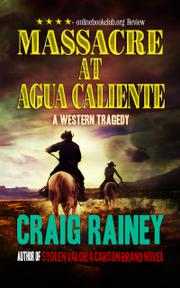 In this old-time Western, a ruthless outlaw begins to change his ways after he becomes infatuated with his hostage.

Boyd Hutton is a notorious criminal who’s as infamous for his hard heart as he is for his legendary gunfighting skill. He travels with a gang to Agua Caliente, a town in east Texas, and boldly decides to rob a local bank. The bank’s (and town’s) founder, Chance Joiner, has offered the large sum of $50 to any man that bears arms against bank robbers, so the town’s male population quickly establishes themselves as formidable “Ready Men.” Boyd’s robbery attempt devolves into a blood bath, and although he somehow initially escapes capture, he’s eventually apprehended by the Ready Men and left to die in the middle of nowhere, bound and badly wounded. He’s found by traveling Mormons making their way through dangerous country, but after they save his life, he murders three of them and absconds with their collective treasury. Later, when he kidnaps a young woman, Juliana, from a politically prominent Mexican family, he not only has Texas Rangers after him, but also bounty hunters and the Mexican government. However, as he becomes fascinated by Juliana, his cruelty to others starts to wane. Meanwhile, Juliana’s reliance on him, in order to survive, slowly begins to transform into something tender. Debut author Rainey keenly depicts an unforgiving landscape throughout this novel—a nearly lawless world where brutal violence can erupt at a moment’s notice. He also draws the character of Boyd in nearly mythical terms, showing him to be fearless and seemingly invulnerable. However, the fugitive’s metamorphosis from coldblooded sociopath to romantic suitor is implausible, as is Juliana’s own change of heart. Also, Rainey’s prose can be awkward and stiff at times: “He had never before been confined as he was. His imagination could not be diverted from its dominating comparison of his predicament to that of being trapped in a coffin.” 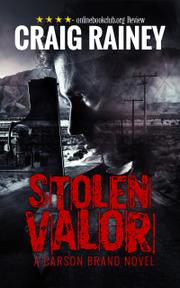 Rainey’s (Massacre at Agua Caliente, 2018) action-adventure series starter tells of one man’s journey from construction worker to deadly foe of a drug cartel.

Carson Brand, whom everyone calls “Brand,” is a man who’s good with a hammer—he makes a living constructing buildings in the greater San Antonio, Texas, area—as well as with his fists. When he’s not working, he likes to cool off by having a few drinks at a local bar, but if trouble should spring up, he’s not one to back down from, or lose, a fight. He also enjoys taking weekend trips to Mexico during downtime with his longtime friend and colleague Bert. While these excursions are mostly harmless fun, they also find that they sometimes get into trouble south of the border. This is particularly the case after Bert, a married man with a reputation for philandering, messes around with the wrong woman. One day on a job site, an altercation breaks out between Bert and a man who claims that the former was touching his girlfriend: “Bert’s all-consuming desire for the fairer sex seemed to keep him continually poised at the brink of catastrophe.” The incident seems minor, at first, but Bert and Brand’s next trip to Mexico results in mayhem. Once the dust settles, Bert is dead, and Brand will learn that there was more to his friend than he knew. It turns out that Bert was involved with a drug cartel that ultimately found reason to eliminate him. Now, Brand is next on their list of targets. Will he have what it takes to survive an onslaught of professional killers? Some of the novel’s early sections drag a bit; for example, the most exciting thing that happens during Bert and Brand’s initial trip to Mexico is that they eat with a local cab driver. However, the pace quickens with plenty of scenes involving bullets, punches, and harrowing escapes; soon after Brand seduces a dangerous woman, for instance, he’s breaking through a cheap motel wall to get at some bad guys. The main problem with the narrative, though, is that there simply isn’t very much for Brand to learn. The very first scene of the novel shows him wiping the floor with a barroom foe, so readers never feel that he’s in much danger later on; if he learns anything from his adventure, it’s that he’s every bit as tough as he imagined—if not more so. Certain portions of the novel can be somewhat repetitive, as when Brand repeats information about Bert to the police even though the reader already knows exactly what happened. Ultimately, though, the book does manage to build up some suspense, as the protagonist leaves a trail of bodies in his wake; one can’t simply kill bad guys indiscriminately without paying some kind of price for it, eventually. What that price will be remains in play until the very end of the novel, when Brand’s circumstances are inevitably altered.

An impressively violent adventure that moves at a quick pace.

Soldier of the Great War by Mark Helprin

Craig Rainey’s debut novel, Massacre at Agua Caliente, is based upon the award-winning screenplay of the same name. Masterfully written in the unique style of turn-of-the-century western authors, the action-packed story is beautifully crafted with rich description and colorfully authentic dialogue. Massacre at Agua Caliente has been favorably reviewed by critics and readers alike for its unique story, writing style and interesting characters that leap from the page and make the reader care about them. The story is told through the eyes of the supporting characters, casting the main character, Boyd Hutton, in a shroud of mystery which never reveals his thoughts or ambitions. Only his actions give the reader any indication of his thoughts and motivations.
Published: April 18, 2018
ISBN: 978-0-692-08621-6