With shades pulled down and feet propped up, Clark Gill enjoys two genres of fiction above all else - mysteries and science fiction. That and a cup of strong black coffee. Unfortunately though the writing brain often favors different flavors than that of the reading brain, and Gill's own fiction lives somewhere on the outskirts of science fantasy with neighboring towns distinctly on the odd side. (Place emphasis here.) 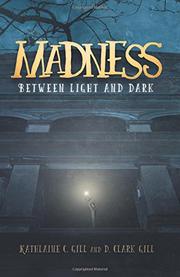 MADNESS BETWEEN LIGHT AND DARK

Kathlaine C. Gill (Night of Upside Down, 2017) and D. Clark Gill’s (So Special in Dayville, 2017) novel offers a coming-of-age story in a most unusual setting: a brutal sanitarium.

In 1912, New Hope Sanatorium is ostensibly a place of refuge and treatment for those that society has rejected, but in reality, it’s a house of horrors where evil staff members torture and experiment on patients. Gill and Gill’s dark fantasy novel gives readers a glimpse inside the walls of New Hope through the eyes of Christine Agnes Tupper, a teenage girl with a hunchback whose parents abandoned her there. Agnes is sweet and naïve, distraught at being cast off but pathetically grateful to now be useful. Her work as a “Mop Girl” offers her a freedom she never had while living as a recluse in her parents’ attic. For the first time, she has responsibilities, friends, and a purpose. Her optimism is a balm for the hopeless, and she discovers her own core of strength and confidence. The authors use her simple nature to soften the scenes of horror, frequently infusing them with a black humor. There are deformed rats nesting in Agnes’ room, for example, but she sees them as good company. Later, when she stumbles upon a scene of mass death, she promises all 57 dead patients to “send someone back to fix those pipes.” Gill and Gill’s narrative is certainly dark, and its violence does become gratuitous at times. However, Agnes is a creative counterbalance to it—a sweet and unexpected heroine whose point of view acts as a filter for the horrific happenings. Meanwhile, Dr. Richard C. Babbitty, the founder and director at the sanitarium, is a perfectly imbalanced villain, and it’s painful to watch Agnes slowly come to the realization that her mentor and father figure isn’t actually a good man.

Unexpected humor and an unusual but endearing heroine bring light to an otherwise bleak tale. 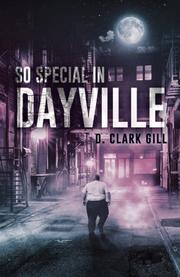 SO SPECIAL IN DAYVILLE

Residents are in danger of federal agents destroying their small U.S. town just to eliminate a singular threat in Gill’s darkly amusing debut.

Dayville is a place of government-fixed wages and prohibited unions. Third-world salaries allow companies to compete globally but also prompt the town’s rampant homelessness. Ajeno, 400-plus pounds, prefers staying inside his Eden Palace apartment, eating cookies baked by roomie/fiancee Crystal, an elementary schoolteacher. He does occasionally leave the abode, getting himself a gig as cook at Mom’s Diner. His co-worker Enrique Ruiz is undercover for the cartel, working an operation that could hide individuals from any law enforcement using radar. Federal agent John Doe is aware of such an operation in Dayville, just not anyone specifically involved. He believes the most cost-effective way to neutralize the threat is to blow the dam and flood the town. Though Crystal cares for Ajeno and wants a baby with him, others don’t warm up to him. Ruiz, for one, distrusts him—Ajeno’s surname is Garcia but he doesn’t look Mexican—and believes he’s a cop or a cartel enemy. Doe likewise deems Ajeno suspicious; the fact that he draws so much attention to himself makes him either a terrible choice for cartel operative or the perfect one. Ruiz’s operation, meanwhile, entails coercing certain individuals into giving up necessary codes, leading to a shockingly fruitless kidnapping and Ruiz getting roughed up. But if the federal agents can’t identify Ruiz as the operative, Dayville and everyone in it will be gone forever. Despite the town’s lowly status and looming annihilation, Gill’s tale is comical and rife with kooky characters. There’s homeless Sally, obsessively reciting a mantra with the hope she won’t die in particularly brutal fashion; Eden Palace resident Beth, arguing with her multiple personalities; and kids in Crystal’s class, discussing beloved pets (rodents, cockroaches, etc.). Some of the humor is wonderfully absurd. The Dayville mayor and Doe negotiate over how many minutes before the dam explodes the agent will send a text-message warning. But the story’s generally sincere, starting with Ajeno. He comes across as naïve, seemingly oblivious to disparaging remarks on his weight, and is sometimes equated with an infant, as when his “baby-like face pouts.” But he’s not completely endearing; he’s more interested in Meeper Cheeper Chocolate Peepers than serious conversations with Crystal. A theme of family, too, augments the unity within Dayville. Tenants of Eden Palace, for example, have formed their own family. Crystal lost her parents, and Ajeno’s mom essentially disowned him, convinced that, despite what hospital records say, she didn’t give birth to him. A flashback with the couple reveals one of the more peculiar meet-cutes that readers are likely to encounter. The final act adds a ticking-clock scenario. Federal agents are anxious to set up explosives at the dam while a somewhat impatient cartel sends other members to Dayville. Hints throughout of an outlandish turn come to a head with an ending that will spark either laughs or head-scratching.

Bizarre and sometimes gloomy but a charming drollness prevails.

No one ever does live happily ever after, but we leave the children to find that out for themselves - Stephen King

can fly a plane, landing is more problematic