Dana Ridenour is a retired FBI agent. She spent most of her career as an FBI undercover operative infiltrating criminal organizations including the Animal Liberation Front, an organization of domestic terrorists. Dana’s first novel, Behind The Mask, is fiction but based on her personal experiences working as an undercover agent. Behind The Mask won numerous literary awards including the Hal Bernard Memorial Award for Best Novel and the Edna Sampson Award of Excellence both presented by the Southeastern Writers Association. The novel also took top honors in the 2016 Royal Dragonfly Writers Awards winning not only the Grand Prize, but also first place in the Fiction-Novel category, and first place in the First Time Author (Fiction) category. Kirkus Reviews awarded Behind The Mask the coveted Kirkus star and named the book one of the best indie books of 2016. Behind The Mask won first place in its category at the Chanticleer International Book Awards. The book was awarded the Silver Medal at the IBPA Benjamin Franklin Award for Best New Voice in Fiction. Behind The Mask was the First Place Winner for Best Action/Adventure Book at the Next Generation Indie Book Awards. Dana’s second novel, Beyond The Cabin, was released on August 1, 2017. Beyond The Cabin received the 2017 Hal Bernard Memorial Award for best novel presented by the Southeastern Writers Association. Beyond The Cabin was awarded the 2018 Royal Palm Literary Award for Best Thriller. Dana's third novel, Below The Radar, was released on August 13, 2019 and was the recipient of the Hal Bernard Memorial Award for Best Novel. Dana lives in Seabrook, South Carolina where she is continues to write her series of FBI undercover novels.

“A vivid, suspenseful story about a torn agent on a complex covert mission.”
– Kirkus Reviews 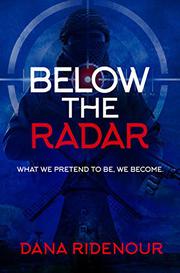 An undercover FBI agent enters dangerous territory physically and emotionally when her assignment to infiltrate an extremist cell results in her sympathizing with some of the group’s members.

In Ridenour’s (Beyond the Cabin, 2019, etc.) third thriller featuring FBI agent Alexis “Lexie” Montgomery, the protagonist, now age 33 and barely recovered from her last harrowing mission, ignores the advice of her therapist. Lexie agrees to infiltrate an eco-terrorist group linked to an international animal rights workshop called The Gathering. The workshop, held in the Netherlands, aims to teach the use of illegal action, such as bomb-making and countersurveillance, purportedly to save animals from suffering and exploitation. A Dutch police constable, working undercover investigating the eco-extremists for two years, has vanished, and Lexie, familiar with animal rights activists, seems perfect to learn what happened to him. Her new partner—fit, long-haired, bearded Special Agent Blake Bennett—feels attracted to her. Although initially a romance seems a slam-dunk, one of the leaders of the animal rights movement gives him some competition. Flirty, golden-skinned Holden Graham looks like a surfer and tugs at Lexie’s heartstrings, in part because he reminds her of a lost love. Others in the group appeal to the agent because of their desire to keep animals free from harm. But The Gathering is no peaceable kingdom; episodes of kidnapping, cruelty, and murder occur midbook. Teetering between tension and anticipated passion, the novel zips along. Dialogue never feels forced, and humor weaves through, as when Blake confuses a European foot wash in the men’s room with a urinal, and uses it accordingly. Descriptions of Amsterdam’s museums, bars, Magere Brug, and surrounding countryside read like a travel blog, and the author’s past life as an FBI agent brings veracity to the investigation aspects of the story. In Lexie, readers meet a well-rounded, smart, sexy character, one with a penchant for fresh-brewed coffee and Pat Conroy. Although the book works as a stand-alone, reading the three volumes in order obviously helps in the understanding of Lexie’s history and appreciation of her development as an agent and a woman. 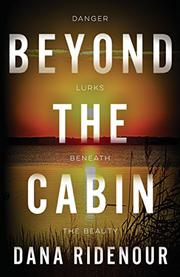 Ridenour’s (Behind the Mask, 2016) second thriller featuring Alexis “Lexie” Montgomery transplants the FBI agent from her New Orleans home to the swamps and mud of South Carolina.

Thirty-two-year-old Lexie’s Southern heritage and previous undercover experience working with extremist groups make her the ideal candidate to investigate a case near Pawleys Island that involves the Earth Liberation Front, an international underground organization that sabotages groups that it sees as profiting from environmental destruction. Allegedly, the ELF blew up a work site office owned by Global Resources Inc., a corporation constructing a bridge from the mainland to the pristine Spirit Island, the site of a planned “high-dollar resort.” Dwight Jacobson, the company’s CEO, belongs to a powerful Charleston, South Carolina, family that “no one messes with”—until now. Dwight’s estranged older son, Jeffrey, who goes by “JJ,” is a “hippy” out West; his younger son, Aaron, works “for daddy.” Lexie poses as a nature photographer and befriends Capt. Meade, an old river boatman. When the two spot a seaplane landing on nearby Cat Island, Lexie suspects the locale is being used for criminal activity. Meade tells her it’s an evil place, and Lexie’s cohort, Special Agent Don West, agrees that the island shouldn’t be explored. Ignoring them, Lexie goes there on a boat rented from handsome Logan Burkhart, whose eyes are “the color of molten chocolate.” Unsurprisingly, Lexie meets with danger on Cat Island and, later, on the mainland. Ridenour gives this thriller a vivid sense of place and a timely topic in eco-terrorism. Much of its authenticity owes itself to the author living near the real-life Pawleys Island and to her previous career as an FBI undercover operative infiltrating criminal organizations, including one comprised of domestic terrorists. Another plus, in addition to the novel’s realistic plot and believable dialogue, is its depiction of an aggressive, dedicated, and charming female protagonist. Tension effectively builds as Lexie’s overconfidence and overly trusting nature backfires, thrusting her into life-threatening situations and trouble with the bureau.

An engaging stand-alone thriller but also an intelligent addition to its series. 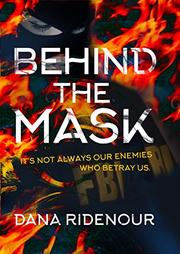 An FBI agent working on her first undercover assignment becomes too close to one of the domestic terrorists she seeks to expose in this debut crime novel.

Louisianan and FBI Special Agent Alexis “Lexie” Montgomery’s initial covert mission requires an alias—Alexis Marie “Lexie” Taylor—and a temporary move to Los Angeles. In LA, the petite 29-year-old with “a bit of a hippie streak” is charged with the task of unmasking clandestine violators of the Animal Enterprise Terrorism Act. Shortly after Lexie embarks on “Operation Blind Fury” and enrolls in a class at Santa Monica College to give her alias some credibility, another Southerner, Savannah Riley, starts her freshman year at the University of Southern California. Savannah’s roommate is pierced, inked, vegan animal activist Haley Crosby. When the roommates attend a meeting of the New World Militia, a radical group that uses violence to save animals, Savannah meets heavily tattooed, gauge-eared Nick Harris. She finds him a sexy, “dark, dangerous man” who would not “fit into her old Southern life,” and they soon become lovers. Lexie’s plan to get asked to participate in underground, illegal action by members of an animal activist terrorist cell brings her into contact with Savannah, Nick, and Haley prior to the trio’s involvement in an NWM assignment that turns deadly. But by the time that happens, Lexie and Savannah have become BFFs. The agent begins to empathize with the passion of the activists, and the gravity of the bureau’s undercover motto, “You build relationships to betray relationships,” weighs heavily on her. The author, a retired FBI agent, worked as an undercover operative for most of her career. Her experience with the activities and emotional involvement of agents makes this a much richer story than most undercover novels. Tension mounts as Lexie becomes increasingly conflicted about her assignment. Dialogue rings true throughout, regardless of the age of the characters. Ridenour’s flair for description is another plus; for example, an activist’s house is described as a place in which “hardwood floors were scratched, and dog hair collected in the corners.” In this serious novel, there are welcome humorous moments, as when a senior agent treats Lexie to a regular coffee, not a latte, because “You have to earn latte status.”

A vivid, suspenseful story about a torn agent on a complex covert mission.

The Prince Of Tides

“In families there are no crimes beyond forgiveness.” -- The Prince of Tides by Pat Conroy

Kirkus Star: Behind The Mask

Named to Kirkus Reviews' Best Books of 2016: Behind The Mask