Connect with Daniel B. Hunt

“An action-laden, sometimes-moody tale with an unforgettable futuristic setting.... Hunt’s prose throughout, be it a gunfight or surveillance, shines...”
– Kirkus Reviews 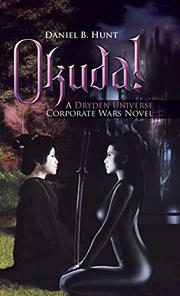 In this sci-fi thriller, an assassin embarks on a mission that could prevent an intergalactic war in the late 25th century.

Eight years ago, Lucy Okuda had been a prisoner in Synapse Biotech’s space lab. This was also her birthplace—doctors cloned her from the remains of Okuda Yoshiko, a female samurai warrior who died 13 centuries earlier. The Synapse-sanctioned organization, the Obsidian Order, had trained and forced Lucy, from a young age, to be an assassin. After escaping Synapse, she became a hired killer and currently handles jobs for the covert firm M-Prov Carnival Supply. But Lucy contemplates revenge against Synapse, particularly CEO Takeshi Yamata, upon learning that the company’s lab has her family sword and Yoshiko’s mummy (seemingly indicating another planned clone). Meanwhile, her latest M-Prov assassination assignment targets Jillian Caldwell, CEO of Lin Corp, one of the “big three” corporations among the universe’s various solar systems. This operation ultimately leads to another, perhaps more crucial one that involves an unusual theft. Joining Lucy are M-Prov administrator, Thomas Jalil, and his personal assistant, Bearcham McLeish, along with a client-provided combat robot. If they don’t complete their task within 60 days, there’s a strong possibility of war between the powerful corporations. This fourth installment of Hunt’s (A Step Too Far, 2016, etc.) series is essentially a stand-alone with some returning characters (for example, Jillian, from the author’s preceding novel). But there is a dense backstory that Hunt skillfully weaves into a consistently stirring plot of espionage and clashes. Lucy is an intriguing, complicated protagonist who intermittently experiences vivid “cellular memories” of Yoshiko. She’s likewise a formidable assassin with a katana as her preferred weapon. The author delivers searing action sequences that concentrate more on Lucy’s efficiency than the inexorable violence. Furthermore, the story delivers suspense (an assassination target gives a speech in public as readers anticipate when, or if, Lucy will strike) and a few genuine surprises throughout. The ending, while largely resolved, offers hints about the next volume in the series. 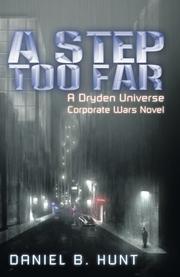 A STEP TOO FAR

An enforcer for a 24th-century corporation strives to protect a young girl from his powerful employers in Hunt’s (Okuda!, 2018, etc.) sci-fi thriller.

Working for Syrch Corp affords Paul Thorne great pay and benefits. He and his partner, Rif Slater, have an office on Papen’s World, the main planet in Syrch’s home system. The men’s jobs as enforcers, however, entail threatening, harming, or even killing the corporation’s enemies. Their latest assignment comes from Syrch biochemist Dr. Warner Gibson, who walks into the office with a golden coin, a technological device containing info on a Syrch-sanctioned assassination. Paul and Rif immediately balk at the job. The target, Jillian Caldwell, is Gibson’s niece. Her late parents were Syrch employees who stole sensitive information that’s now on Jillian’s cranial mesh, an implant for interfacing with computers. But Paul is truly disturbed once surveillance reveals that Jillian is 9 years old. He doesn’t want to kill a child, but saying no to Syrch is a veritable death sentence. So he decides to investigate, certain that if he can discover why the corporation has put a hit on a little girl, there’s a chance he can save her. Unfortunately, Syrch has other enforcers who won’t hesitate to kill Jillian, who, along with Paul, will have to run and hide, if possible, off-world. Paul, meanwhile, learns that Jillian is special, with a considerably high IQ, which may explain why she’s a target. This short novel is a quick read, but it’s Hunt’s masterful storytelling that keeps the pages turning. Story exposition, for one, doesn’t stymie the plot, as background details, like corporations and planets, unfold as needed. The first half is superbly atmospheric. Perpetual rain in Papen’s World, due to its dense ozone layer, shrouds the planet in gray skies and allows Paul to hide in shadow, which is where he’s most comfortable. It’s not unlike film noir, with Paul as the flawed hero (he’s murdered before at Syrch’s behest) and Gibson as the untrustworthy homme fatale. What the book’s latter half forgoes in somber ambiance, it more than makes up for in action. Paul, for example, evades enforcers in vehicles or on ships but can’t avoid occasional scuffles and the injuries that often accompany them. Hunt’s prose throughout, be it a gunfight or surveillance, shines: “Suddenly a sharper peppering sound, like a tiny cannon in rapid fire, reverberated in the air, and lights flashed from the Raven’s twin miniguns, throwing lead in front of Paul’s car in warning.” Although some of the story is predictable, there’s an effective twist near the end. The novel includes lists of characters, places, terminology, and an extensive timeline of the series’ universe, of which this book is only a small part.

Master Sergeant Sayer Kade leads a squad of Terra Corp's preterhuman Geist Marines on a dangerous mission into the unknown. . .. Dark forces churn inside the attack ship Revenge as the ghost of the captain's dead wife haunts him into insanity - and warfare will never be the same. . . Geologist Haamar Ransan's discovery promises to propel the desert world Telakia into an industrial powerhouse, while making Haamar extremely wealthy. Murder and intrigue swirl in this tale of corporate greed. . .. Jordan Mackey traverses an apocalyptic, war-torn landscape searching for her father. As America and its allies launch a desperate bid to stop a Chinese invasion, Jordan finds the strength to survive, which leads to one of the most important discoveries in human history.
Published: Feb. 26, 2016
ISBN: 1491789069

The Eclipsing of Sirus C

Major Jean Joyce's estranged brother, Rafe, is a talented hacker and a deserter from the Federation Marines-and the penalty for desertion is death. But the Federation has other plans. The Bureau of Intelligence and Insurgency sends a team led by the major to find her brother and recruit him, offering a full pardon in the bargain. Among them are a devious Bii operative named Danner Tomblin; Akemi Murakami, a beautiful and brilliant technician; and naval pilot Captain Mike Estury. The group's orders are to steal ancient technology by hacking into an alien supercomputer, and Rafe, working with the rest of the team, has the necessary skills to do so. But there is something dangerous lurking in the heart of the computer that will threaten not only the lives of the team but those of all life, everywhere.
Published: Sept. 18, 2015
ISBN: 1491771542