Daniel J. Rich is a former air force civil engineering officer and facilities manager. He has owned a forensic civil engineering firm based in Houston, Texas since 2002. Daniel earned his BS in civil engineering from Rose-Hulman Institute of Technology, his MCE from the University of Houston, and his PhD from Texas A&M University. Dr. Rich has served as an adjunct assistant professor of civil engineering at Prairie View A&M University and teaches review courses for the professional engineering licensing exam throughout the country.
Daniel's personal and professional life has taken him to over fifteen countries on four continents. He likes to incorporate the things he has seen and done into his writing: a public execution in Riyadh, Saudi Arabia, and rappelling in Korea. Daniel classifies his work as a mixture of historical fiction and the techno-thriller. He writes his stories with the hope of getting the reader to ask, "Could this have really happened?" 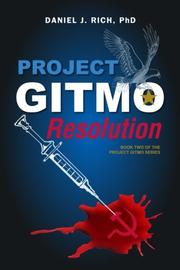 In the second book of Rich’s series, Airman Aaron Craymer is part of a strange and deadly group of soldiers: a black ops unit of vampires trained by the U.S. government.

Aaron and his Gitmo-based team survived an attempt to purge them from the ranks of the American military, but their exoneration has a price: they have been ordered to hunt down and destroy, within a short time frame, members of the Russian military—another group of vampire commandos. Contingent on success, Aaron and team have been offered a pardon and their freedom; but with failure comes judgment at the hands of the president of the United States. As they undertake their quest to destroy the only other known undead covert unit in the world, the team also faces numerous other threats, including intrigue within their own ranks and strange infections unknown to the truly living. The challenges these vampire commandos face are sufficient enough to endanger the existence of their entire race. In this odd combination of Tom Clancy–esque military thriller and modern-day vampire story, the bloodsuckers are something other than truly undead, monstrous fiends. The text, which is mostly clean and professional—besides unusual choices, such as not rendering “Marine” in uppercase—has a staccato rhythm. Along with some rather cartoonlike choices—e.g., Aaron’s twin is named Darren—characters have only a perfunctory amount of personality. Still, though it’s not particularly deep, the well-paced, action-packed story will satisfy fans of the genre. 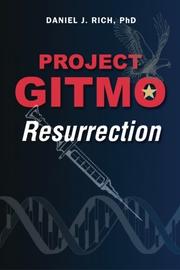 A debut sci-fi technothriller in which U.S. troops find themselves the subjects of a bizarre government experiment.

In 1991, U.S. Air Force Maj. Frank Craymer’s F-16 crash-lands in remote Iraq—just another tragedy in the first Gulf War. When Iraqi forces reach the crash site and find the dead pilot, they also discover an uncovered, underground chamber containing a centuries-old Latin manuscript and a group of eerily preserved human bodies. The manuscript, a diary, tells the story of a group of superstrong men and women living through the centuries, experiencing firsthand the 1066 Battle of Hastings and the coming of the Black Death. This secret race survived by drinking human blood, and the bodies of the last members have been interred in the Iraqi desert for hundreds of years. News of the discovery reaches Saddam Hussein, who wonders if fate has delivered him an unbeatable weapon in his fight against the West. He dreams of creating a supernatural army and sets his scientists to the task of using fluids from the site’s dead bodies to transform humans into unstoppable vampires who don’t fear garlic or sunlight. In Rich’s extremely clever, infectiously readable narrative, readers follow both the progress of Saddam’s program and, as the war on terror continues the U.S. presence in Iraq, the enlistment of Maj. Craymer’s nephew, Aaron. Thanks to a devious CIA operative, Aaron finds himself part of a group of servicemen who have been transformed into vampires and sent on covert missions. When the U.S. government changes its mind and tries to terminate them all, Aaron and his teammates use their newfound abilities to survive. The author’s big, complex plot sprawls over 10 years and two continents, but he manages it all with a confident hand. His dialogue is immediately believable, his tensely controlled action scenes build in intensity as the plot advances, and his pitch-perfect blending of sci-fi and military action will appeal equally to fans of Tom Clancy and True Blood.

An ingenious, thoroughly absorbing twist on the military-fiction genre.

Land of the Morning Calm

A group of air force officers stumbles upon a team of North Korean infiltrators and their stranded submarine. The officers attempt to keep the enemy from completing their mission.

Aaron and his team are no longer being hunted by their own countrymen, but their reprieve came with a catch. They must destroy the Russian vampire program before the next president takes office. If they succeed their past transgressions will be forgiven and they will be able to leave government service. If they fail then their fate will be in the hands of the next Commander-in-Chief. Ending the Russian program may be the least of their worries. Double dealing, disease, and a return to combat operations puts the team in more danger than they've ever faced. Will their enhanced abilities be enough to overcome the challenges they face, or will vampires go extinct for a second time?
Published: Feb. 9, 2014
ISBN: 9781508665212

Surviving Without the Grid

Twenty year old Jake Andrews was supposed to spend summer break working at a restaurant in Maine. Family commitments instead send him to Houston to watch his step-siblings for the month of July. A massive solar storm knocks out the power in most of North America. Power wont' be back on for months, at the earliest. Now Jake has to keep his family safe while surrounded by neighbors who don't know or trust the outsider. It's every family for itself as government services at every level are quickly overwhelmed.