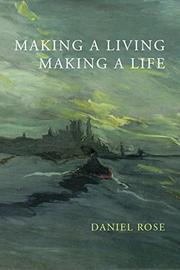 A real estate developer and philanthropist presents a masterful debut collection of exceptionally cogent and timely speeches and essays.

For 60 years, Rose has dedicated himself to the real estate business, but he’s also given speeches—not only about economic issues, but also his other passions, including education, religion, and the roles of philanthropy and government in resolving intractable difficulties. As a fellow of the American Academy of Arts and Sciences and a former adviser to the Clinton administration, Rose speaks and writes with authority, warmth, and candor. He’s no ideologue and certainly no Donald Trump. Instead, he beguiles with his broad knowledge of literature, art, and Judaica (“Judaism is a religion in which human beings talk to, argue with and remonstrate with God,” he insightfully writes), and he skillfully weaves that knowledge into his articulate, fair-minded appeals. He not only champions social and business success; he also argues that those who succeed owe a debt to society: “High standards are important in all areas of life,” he writes, “but particularly in business.” In a time when shrill voices seem to possess center stage, Rose appeals to reason, and he seems to regard his readers as being as reasonable as he is. Ever the stylist, his succinct, well-cadenced prose shows an engaged mind, sharply tuned wit, and compassion and intellect that provide a model for civic engagement. His particularly poignant portrait of Sen. Daniel Patrick Moynihan offers a warm, engaging study of a complex thinker and political polymath. Although collections of speeches were once quite popular, major commercial publishers relatively rarely publish them these days, and this book fills a much-needed empty space. Although a few more brief remarks on the specific occasions of these speeches might have enriched their context, this collection offers the fruits of a lifetime of dedication to the affairs of the nation.