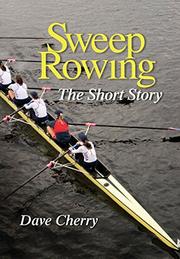 With 20 years’ experience coaching crew, Cherry talks not just mechanics, but the potential art in the rowing experience.

This guide to rowing comes at the sport from a pre-Socratic angle, digging to its essence, then shifting to the Platonic ideal of release, strike, recovery sweep, catch, drive—the perfect stroke, like a dive without a splash. When you put all the elements together—nothing more, nothing less—there’s a mysterious elevation of spirit. Cherry, in his debut, brings a pleasingly old-school formality to rowing: do it right, do it to perfection, but have fun while you’re at it. Sense the atmosphere of the wooden boathouse—the deep shadows, the slanting rays of Rembrandt light—and you learn that there is a way to conduct yourself as a rower: with respect and consideration for others, with quiet camaraderie and an offering hand, and with an eye for the common good. “You must embrace the fact that as soon as you lay hands on the racing shell, you surrender your unique identity absolutely.” Cherry offers clear instruction and advice to oarsmen and -women, coxswains, and coaches, like how to get the shell from the rack to the dock and into the water, where to halt the catch—“Only enough force to bury the blade’s paint”—and how to execute the drive: “No matter if you’re on the square or feathering, it is the job of the drive hand to strike at the finish and unweight at the catch.” (Don’t worry, the lingo becomes self-explanatory.) There are checklists for the coxswain and the coach. There are playlists of songs that Cherry recommends. In fact, gentleman rower that he is, Cherry always recommends, never claiming the last word: “What I’ve written here is not intended to be the final word on technique but only pieces of accessible guidance that will make some good sense to you.”

Buoyant advice for readers ready to hit the river. 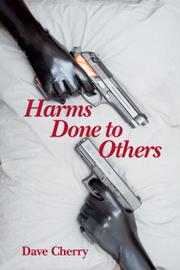 Harms Done to Others

For Mira and Jo, falling in love is only the first adventure; the second is becoming professional assassins.

Mira, a bookish high school junior, has never had a relationship with anyone, but when she meets Jo, the new girl in school, she’s immediately smitten; the feeling is mutual. However, she quickly realizes that there’s something different about Jo, and it’s not just the fact that she’s a 20-year-old high school junior: she’s also a former addict. As Mira is introduced to Jo’s past, Jo in turn must be introduced to the gruesome tradition that has plagued her new school for the past 14 years—the disappearance of one student every year. When a student attacks Jo, she realizes who the killer is, and she and Mira embark upon an audacious plan to dispose of him. Following this, they are contacted by the mysterious Mr. Pitt, who is impressed with their work thus far…and wants them to continue. “There are bad people in the world, even evil people, who can’t be stopped by any conventional means,” he tells them. In his debut thriller, Cherry mostly delivers on this promising beginning. Readers will root for Jo and Mira as they learn the ropes of becoming professional. Their relationship, lovingly depicted, is one of the novel’s strongest points; Jo’s addiction is realistically handled, with Jo telling Mira early on: “Addiction is chronic, progressive, and fatal….No one escapes these three truths without recovery.” As much fun as it is to follow Jo and Mira as they progress from high school students to assassins, the novel sags in the middle, lingering too long on rambling missions that don’t serve the plot. Later, when a mission goes horribly wrong, the book finally finds its antagonist and its stakes, but this happens so late in the game that much of the book’s earlier tension has already deflated.

A fun thriller that will have readers rooting for the assassins, assuming readers don’t get bogged down in the meandering middle. 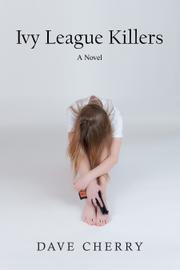 In Cherry’s (Sweep Rowing, 2014) novel, a young married couple share their love of rowing, spending time at the gun range, and handling contract killings for a covert organization.

Tom Martin was always a bright kid and managed to become a skilled oarsman by the time he made it into Princeton. But his life changes immeasurably when a bank robber who enjoys killing hostages murders his beloved foster father. After Tom successfully interrupts the robber’s subsequent heist, “the Group” makes contact to offer him a regular gig—contract proposals for assassinations. Tom reluctantly tells Emily, the love of his life, about his new job offer. Luckily, Emily’s interested in joining him, having already offed a rapist who victimized two of her friends. They squeeze contracts among their meals, marriage, and family visits. The novel can sometimes be playfully cynical, offsetting the characters’ lethal occupation. For example, after a hit, Emily lovingly tells Tom, “Well done sweetheart.” The tone, however, is generally earnest, and the back stories for the co-leads provide credible, sympathetic reasons for why they would commit murder. Similarly, Tom and Emily relentlessly analyze everything, from whether or not they should categorize themselves as serial killers to the possible consequences of denying a request from the Group. Their questioning of their actions so much makes the two seem like a typical couple and much less like cold killers. It’s even easy to forget the killings when there are constant reminders of the familiar, loving duo, like Emily repeatedly singsonging Tom’s name, “Taaaaum?” Cherry bolsters his tale with a bit of mystery: Emily finds evidence that suggests her father, retired cop Cal, is a murderer as well. And while most of the hits go off without a snag, later chapters add suspense when the stakes escalate and injuries occur. The book unfortunately ends a little too suddenly and feels more like a setup for a sequel than a resolution.

Killers for hire make a surprisingly charming couple in this straightforward thriller.