David Caraccio is the author of two novels, a historical fiction epic, "Tiburcio!", and "The Back of the Net," a tale of international football, fashion and the test of friendship. Caraccio is a veteran journalist who prides himself on his keen observation, character development and ability to keep moving the reader along at a good clip. He likes to use his love of traveling to research his books. Caraccio is the online news editor at The Sacramento Bee and writes a blog dedicated to trending stories and pop culture.

“A lively epic of love, invasion, flight, and revolt in the years following the Mexican-American War.”
– Kirkus Reviews 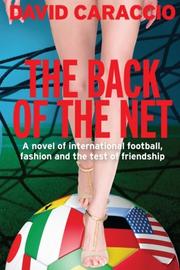 THE BACK OF THE NET

A novel of relationships suffused with the world of soccer.

Caraccio’s (Tiburcio!, 2014) vivid, fast-paced novel begins with the story of young Lorenzo Cordinni, a natural-born fantasisti (“a highly skilled player,” the book’s footnotes helpfully supply, “a playmaker”) whose future lies before him “like a wide open net on a breakaway with only the goalkeeper to beat.” Lorenzo is noticed by Italy’s big football league officials, who snap him up and transform him into an international star, the consummate professional sports celebrity. “On the field, Lorenzo was always in control,” we’re told. “He could work his way out of every uncomfortable situation, extricate himself from any predicament.” But when Lorenzo’s team falls short at the World Cup, their return to Italy is accompanied by jeers and hisses, and even Lorenzo’s old father starts to believe, bitterly, that his son has disappointed the hopes of the whole country. Lorenzo is injured; he punches a patron at a trattoria and spends a few days in jail; he’s repeatedly fined by the league. By the time he meets young college student Marco Baccari at a youth soccer camp in California (where Lorenzo is part of the guest faculty of visiting celebrities), he’s a man badly in need of personal renewal. For his part, Marco is in need of the boost Lorenzo’s patronage might give him. From these two characters and the women in their lives, Caraccio fashions a rich and intensely atmospheric novel of football—its culture, its thousand details, the cost it exacts on families and personal relationships. The book’s main strength in doing this is its avoidance of sentimentality; these characters whose lives revolve around the game recognize its tawdry realities with complete clarity—a process shown to best advantage in the character of Lorenzo, whose growth from starry-eyed phenom to weathered veteran makes for the book’s most compelling reading.

An involving fictional evocation of the superstar culture of modern football. 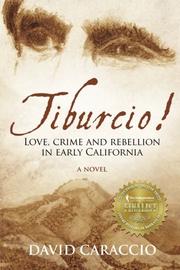 An ambitious debut novel chronicles the making of an outlaw in frontier California.

Young Tiburcio Vasquez, the hero of Caraccio’s tale, was born in Mexico but raised in the United States, staying in the vicinity of Monterey, California. The year is 1854, and, as soon as the West Coast is conquered, “thousands of squatters are swarming all over the region, from Sacramento to San Francisco.” Tiburcio, a strapping vaquero, master horseman, and snappy guitarist, runs afoul of the new law in town when his cousin Anastacio Garcia shoots a constable in a bar fight. When the town’s vigilantes hold Tiburcio equally guilty, the young man flees to the mountains. Treated as an outlaw, he becomes one, rustling cattle and horses and encouraging his fellow natives to defy the invaders. “In the end,” he promises himself, “you will stand tall and they will cower like beaten dogs.” Tiburcio’s planned rebellion fails, but he proves to be a skillful bandit and spends the remaining 20 years of his life adventuring in the mountains, desert plains, and fields and fermenting insurrection in the jail cells of California (where he becomes a bit of a celebrity, because “he gave the ignorant brutes encouragement that life would improve once they were freed”). All the while, he pines for his true love, Anita, “the slender beauty whose dark eyes reflected the world right back to him.” Eventually, Anita becomes embroiled in the revolutionary politics Tibrurcio stirs up, involved enough to risk her own life and freedom. There is a good deal of truth in Caraccio’s fiction. Tiburcio was a real agitator and, later, an authentic legend in his home state. According to some sources, he was eventually memorialized as the pulp hero Zorro. In Caraccio’s story, the original proves more than a match for the famous avenger, so much so as to occasionally strain plausibility. The author’s research is impeccable, but this is a sweeping book, so necessary invention abounds. Readers come to know not only Tiburcio, but also the people around him: villagers, renegades, and gringos alike. The prose here is always clear and readable, and this 508-page book might have been even longer while still remaining every bit as enlightening and suspenseful. A lively epic of love, invasion, flight, and revolt in the years following the Mexican-American War.

The desperado of Monterey with guest David Caraccio, 2016 Spotlight shines on California books, 2014 Aztec author visits past with history novel, 2014

The Back of the Net

In lives filled with passion and temptation, five young people experience the many forms of love. Achieving their wildest dreams takes everything they have, and soon their romances, friendships, and dearest personal values are tested. Along the way, their lives intertwine in surprising ways—on the lush soccer fields of college campuses in California and the glamorous fashion runways and football pitches of Italy and France. The brilliant and beautiful Sallie is embarking on an exciting international modeling career, but, so far from home, she runs the risk of getting lost in more ways than one. Her college sweetheart, Marco, is focused on his goal of becoming a professional soccer player and relies on the expert advice of his mentor, Lorenzo. But Lorenzo must figure out his own way to stay on top. Meanwhile, their athletic friend Dave has already hit rock bottom, attracting the empathy of nursing student Autumn. She’ll do anything she can to help Dave, despite the risk of getting dragged down with him. Boundaries exist in the game of soccer, but in life they are all too easily crossed. Before long these five friends will learn exactly how far relationships can bend before they break.