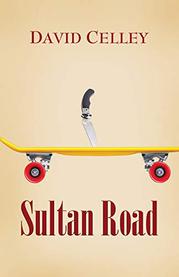 Set in Los Angeles on dry, desolate Sultan Road,the author’s third suspense tale begins at a nightclub where an assault involving three women escalates into a homicide case when a mangled corpse of one of the participants turns up in a nearby parking lot. Rugged, former middleweight boxer–turned–Los Angeles police detective Sgt. Carlos Aguilar, and his partner, Harry Lee, quickly spring into action to investigate the crime, initially suspecting the involvement of rival gangs nearby. The detectives soon learn that the victim, Lisa Nguyen, was an accountant employed by a property management firm in charge of several local housing projects; the structures provide residences for lower-income artists, elderly people, and families who are receiving government-aid subsidies. After some digging, however, the cops discover that some of that government funding has suspiciously gone missing. It turns out that there’s another factor at play, which surfaces after Aguilar and Jay Phillips, a neophyte newspaper reporter looking for a scoop, realize the significance of the housing project’s location. It turns out that Sultan Road occupies a stretch of highly coveted land, and it’s considered to be a potentially lucrative spot for residential high-rises—or, just maybe, a mayor-supported sports stadium. However, as the sleuths continue their work, they face a very real threat from a man who’s known throughout Mexico as “El Puma.” Aguilar and Jay believe the man was hired away from Mexican drug cartels by a real estate developer to scare off locals with a campaign of terror and violence, the likes of which the area has never seen before.

A shady security service, corporate corruption, more grisly murders, and some dogged spadework by the detectives and the indefatigable newsman result in a breathless tale of crime, corruption, and, ultimately, justice. With its attention-grabbing premise and clean, readable prose, the story becomes increasingly compelling as the main characters dig up bits and pieces of the truth. One of the novel’s best attributes is its brisk momentum; from the very first page, Celley’s story wastes no time getting right to the heart of the crimes and the motivations behind them. The author effectively sweeps readers into a tangled mess of white-collar deceit, embezzlement, crooked politics, and organized crime. The two cops are appealing enough on their own, but Jay, as a skateboard-riding millennial reporter, has enough brio to command a murder mystery of his very own. Celley is based in Los Angeles himself, and he draws from contemporary headlines as he crafts this twisty but believable yarn; in doing so, he taps into the reality of greedy developers sandbagging property owners to vacate the land that they desire. The story is perhaps a bit more expository than is strictly necessary for a thriller due to the complexity of the plot. However, readers likely won’t mind the circuitous path that this absorbing story takes.

Dogged, likable detectives and a crafty reporter skillfully deliver justice in this dense but engaging thriller. 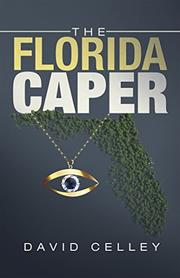 When a burglar swipes Charles Stanford’s prized piece, the Eye of the Sun, from his jewelry and art collection, the retired industrialist enlists nephew Greg for help. Charles, who wants someone he can trust, believes avoiding publicity will make the necklace easier to find. Greg, a mere college professor, hires PI partners Tina Burleson and Mike Cheatham. On the hunt, the trio encounters all kinds of characters, including real estate attorney Flora Gonzalez, pilfered-goods fencer Rico Olivetti, and drug lord Ramon Rivera. But even when they think they’ve found the Eye of the Sun, Greg, Tina, and Mike may have to organize a heist just to get it back—provided no one switched the original for a copy. Celley’s novel takes a basic mystery and bolsters it with seemingly endless plot twists. Before the investigation has made any headway, there are already potential love interests: Greg meets Flora, while Mike befriends Viola West. Both women have a tie (or two) to the purloined jewelry, as well as their own riveting subplots. Flora, for example, has pending legal troubles thanks to her association with a crooked mayor, and Viola, who’s definitely invested in a relationship with Mike, may not necessarily be single. Other elements further enhance the narrative, even if they aren’t essential to the main story. Pieces of the Hope Diamond, for one, are contained in the Eye of the Sun; the diamond is reputedly cursed and has led to tragedies for previous owners. The inevitable conflicts among so many characters—like Ramon’s son Edmundo, distrusted by his own father—precipitate entertaining gunfights and scuffles, a kidnapping, multiple swindles, and a couple of bodies. Identifying the burglar, meanwhile, is generally on the backburner, but Celley wisely opts out of a big-reveal moment. Greg’s retrieval of the necklace is the main thing, and the thief’s unmasking is secondary.