A physician, researcher, and coach, David Di Paolo brings his medical knowledge, fondness for folktales, and regard for cultural traditions to the fore in his first novel, The Artemis Connection. Besides participating in research of the cross-cultural occurrence of sleep paralysis attacks and investigations of brain activity using functional magnetic resonance imaging, he has written scripts for medical segments airing on the television evening news, contributed health & fitness articles to the Tyler Morning Telegraph, authored a wellness blog, and hosted a fitness program entitled, Fitness over Forty.

“An imaginative fantasy that has fun weaving together folklore, medicine, and ancient curses, providing a fresh twist on a classic formula.”
– Kirkus Reviews

ANIMAL SPIRITS IN THE NEW MILLENNIUM

Words, images, and songs commingle in this collection of poems and a fable, delivering an ode to the wisdom of fauna.

Mark Twain once said, “It is just like man’s vanity and impertinence to call an animal dumb because it is dumb to his dull perceptions.” For Twain, humans err when they assume that they have nothing to learn from animals. It’s a mistake Di Paolo assiduously avoids in his ambitious verse collection. For the author, animals are a repository of wisdom and insight, and he wants to give them voice so that readers might listen. The book opens with more than a dozen poems channeling the sagacity of a variety of beasts, from the owl to the wolf to the raven. These pieces are accompanied by starkly beautiful line drawings by Kidd. Here is part of Di Paolo’s poem on the beaver: “You, who were driven from the banks, / your precious furs / traded, wasted. / Forgive the age gilded / and fraught with unjustness. / Let a new chapter be written, / and a new story told / of unity, / and prosperity, / of the joining of minds and purpose.” Here and elsewhere in the potent volume, the animals chide us for objectifying them—and for forgetting that we are all part of one natural community. The author then offers a vision of that community in “A Forest Tale,” a prose fable that is the book’s capstone. In it, the animals that readers meet in the preceding poems aid a boy as he works through a quest for knowledge and self-realization. The story is not only a clever coming-of-age tale, but also, crucially, a portrait of humans and animals in productive conversation and coexistence. The boy’s maturation culminates with his becoming a composer (the book includes one page of sheet music for a song titled “1st Invention,” written by Di Paolo). The author’s message is clear: He wishes to promote literal harmony between human and beast.

A moving invitation to heed the voices of readers’ furred, feathered, and finned friends. 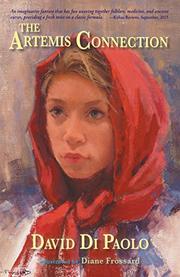 In Di Paolo’s debut fantasy, a family secret and a mysterious curse lead a skeptic on a whirlwind journey into Italy to discover the real truth.

Dr. Diana Valleverde is a woman of science, but her deep-seated convictions are about to be challenged. Her brother Marco, a curator at the University of Philadelphia Museum of Archaeology, is working on an exhibit about the long-lost Mi’Ki’Passa Native American tribe, whose surviving members are only now stepping into the public eye. He’s convinced the museum is haunted. Diana doesn’t believe in hauntings, but her mind starts to change when she meets Hannah, a Mi’Ki’Passa med student with unexplainable abilities. When Diana travels to Italy for a conference and brings along a mysterious box that belonged to her late grandmother, all hell breaks loose. She begins having episodes of sleep paralysis involving menacing hallucinations, she discovers that a curse was put on her as a child, and a stranger threatens her brother’s life unless Diana turns over the box. Soon after finding herself back in the Italian village where she was born, she’s surprised to discover that her medical degree may have more to do with all of this than she thought. Although there are a lot of story elements to take in, Di Paolo deftly weaves the various plot threads together, creating an enjoyable, well-crafted mystery that whisks the reader from Philadelphia to Milan to a small village in the Italian mountains, all while exploring both Italian and Native American folklore. The fantasy elements, which are subtly teased out until the end, may occur a bit abruptly for some readers’ tastes—and the idea of magical Native Americans is well-trodden—the journey makes for a fun read. Diana’s a compelling main character who strikes just the right balance between Mulder and Scully.

An imaginative fantasy that has fun weaving together folklore, medicine, and ancient curses, providing a fresh twist on a classic formula.