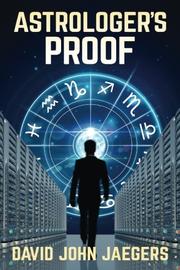 A group’s noble effort to validate astrology entails the rather illegal procurement of millions of people’s private information in this second installment of a series.

Rufus is a sheep farmer by trade, but his real passion is astrology. He’s even written a book, in which his discussion of unified religions is supported by astrological science—including the concept that everyone’s life is guided by heavenly bodies. Rufus’ ideas earn him an invite to the Data Collection Group, which hopes to authenticate astrology by linking real-life data with horoscope predictions. This requires a colossal amount of information, as specific as possible. Hacking’s the best option, and Rufus—along with his nephew Robert and Robert’s hacker pals, Petey and Matthew—has already gotten his hands on the 1960-2010 American census data. But the “money people,” including Walter and his wife, Erica, want more, from data brokers to social media. Walter’s soon-to-open, wholly legitimate Institute for Humanistic Innovation will give the DCG covert access to a supercomputer to handle the mass of material. Though it’s a large-scale invasion of privacy, the group’s purpose is philanthropic, with no plans to steal anyone’s identity. Some in the DCG, however, have a hidden agenda that most, including Rufus, may oppose. While Jaegers’ (Astrologer’s Apprentice, 2016) series opener was primarily an introduction to astrological theories, his latest tale focuses on espionage. One scheme for pilfering data, for example, begins with a faked cyberattack, which, to avoid detection, puts Petey and Matthew in two different states with encrypted laptops. This maintains a constant threat of arrest or incarceration, as well as some humor: Rufus acknowledges DCG members in public with a surreptitious nod or wink. The story’s unhurried but absorbing, dishing out character dilemmas (Petey may give up a college diploma for DCG) and spiritual insight from Rufus: “Each man’s soul is an integral part of a collective universal soul.” Jaegers ends the novel by leaving the door wide open for another.

A wealth of white-hat hacking gives this enjoyable sequel a boost. 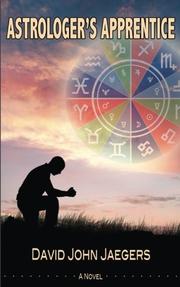 A man’s devotion to astrology draws in his young nephew as well as a clandestine organization wanting to use his skills to perfect horoscope interpretation in Jaegers’ debut drama.

Seventeen-year-old Robert isn’t happy that his family is moving to the country and that he’ll spend his senior year at another school. On the plus side, Robert will be closer to his sheep-farmer uncle, Rufus. Robert, a bright student, appreciates that his uncle’s “different”; he’s a former teacher with a unique way of thinking—most notably an extensive knowledge of astrology. Though some, like Robert’s dad, James, write off the study as nonsense, Rufus stresses that astrology can augment rather than replace one’s religious practice. In fact, he works this notion into a book, Heaven: The Unified Field Theory, in which he argues, among other things, that heaven isn’t as much a place as a state of mind. At an astrology conference, Rufus meets like-minded individuals who invite him to join the covert Data Collection Group. They’re primarily interested in “advanced data collection,” which is essentially pooling people’s private information to optimize astrological readings. This would entail hacking, so Rufus turns to Robert and his computer-savvy friends who are willing to invade others’ privacy (though they’re using the info for research only). And they may have to add a few DCG recruits—discreetly. The author builds a solid foundation for his characters. Robert, for one, inching closer to college, undergoes relationship turmoil, at one point torn between lusty Kristin and steady girlfriend Jane. Astrology, meanwhile, is repeatedly and convincingly defended by Rufus. Not surprisingly, the concepts are abstract; even Robert asserts that his uncle’s ideas are “hard to visualize.” But Rufus’ notion of a unified version of the afterlife based on various religions makes sense. The plan to hack the Census Bureau database, however, while intriguing, isn’t quite the “bizarre secretive web” that Rufus apparently believes it to be. Regardless, the stage is definitely set for an ongoing series, with much left to explore, including enigmatic DCG bigwig, Walter.

A good start to a series, with durable characters and fascinating theories.

With enough data, Rufus is convinced he can prove Astrology is real. Comparing the horoscopes of 100,000,000 Americans to their illegally obtained data profiles will require secret maneuvers of epic proportions. Deception is essential to every move Rufus and his collaborators make. Powerful people who want to take Astrology to the next level make him feel invincible. Their Institute for Humanistic Innovation provides the perfect front for the elaborate hacking schemes needed to obtain the data. The Institute provides the kind of unlimited computing power Rufus needs to test his theories. When he puts his nephew Robert’s hacker friends at risk, some think Rufus has gone too far. Secrets revealed require difficult adjustments if the project is to succeed.