David R. Gross graduated from Colorado State University’s veterinary school in 1960. Following private practice for ten years he enrolled in graduate school and earned a M.Sc. degree and a PhD degree from the Ohio State University. He taught and did research at Texas A & M University for sixteen years then became Director of the Cardiovascular and Thoracic Surgery Research Labs at the University of Kentucky for five years. He retired in 2006 after twelve years as Professor and Head of Veterinary Biosciences, University of Illinois, Urbana-Champaign. During his academic careers Dr. Gross published over ninety papers in refereed scientific journals and over a hundred abstracts in proceedings of scientific meetings. He co-edited three multi-authored textbooks and authored three editions of; ANIMALS MODELS IN CARDIOVASCULAR RESEARCH. Since retiring he has published a memoir of his first year in veterinary practice, ANIMALS DON’T BLUSH and a historical novel, MAN HUNT. A how-to book about efficient and effective studying, learning and exam taking aimed at undergraduate college students will soon be released. He blogs at: http://www.docdavesvoice.com.

“When memories and sadness swept in, Gross writes, Charlize was there, snuggling under the author’s arm, letting him know he was not alone; in his usual taciturn style, the author says merely, “It worked.””
– Kirkus Reviews 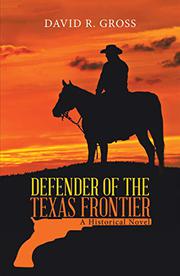 DEFENDER OF THE TEXAS FRONTIER

Gross’ (A Mexican Adventure, 2017, etc.) latest historical novel traces the formation and adventures of the Texas Rangers during the Mexican War under the leadership of a bold young man from Tennessee.

The narrative opens in 1836 with John Caperton and John Coffee “Jack” Hays, two adventure-seeking 19-year-olds, having drinks at a bar in Nacogdoches in the Republic of Texas. They’ve been friends since they were young boys learning how to “live rough” in Tennessee; now they’ve joined a volunteer force to fight the Mexican Army. Before they go, Big Al Cranston, the town bully, threatens to punch Jack for smiling, and Jack shoots the man dead before he can even throw a punch. Caperton acts as a narrator as Gross stitches together the events leading up to the Mexican War, highlighting Jack and an ensemble of real and imaginary characters. Readers tag along on a mission to Goliad to scout for enemy soldiers in advance of Gen. Thomas Jefferson Rusk’s army and get an account of the Battle of Coleto, in which more than 400 Texan soldiers, after surrendering, are massacred by the Mexican army. Similar vignettes offer detailed descriptions of Comanche culture, military aggression, and diplomacy with other Native American nations. By 1845, when Texas applies for statehood, Jack’s regiment of scouts is known as Hays’ Texas Rangers and plays an important role in securing the Texas border during the battles at Painted Rock and Monterrey. Gross’ novel is loaded with intriguing period detail, such as how Comanche hunters use every part of a slain buffalo except the heart, which, as war chief Buffalo Hump explains, “is left to show the Creator of all things that our people are not greedy.” The plethora of names and locations detracts from the action and may occasionally leave readers confused about the time and place of particular events. Although the character development is minimal, except for Hays’, Gross’ descriptions consistently offer vivid imagery: “Our silent, measured, advance frustrated the war chief. He rode back and forth in front of his warriors, shouting at us.”

An engaging fictionalized review of the fight for Texas that should resonate with history buffs. 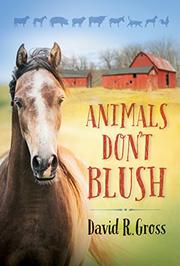 An entertaining memoir recalls the beginning of a veterinarian’s career in the early 1960s in Montana.

In June 1960, immediately after graduation, newly minted veterinarian Gross (Travels with Charlize, 2015) left his native Arizona with his wife of two months, Rosalie, and headed north to the sprawling hinterlands of Sidney, Montana. Eager to gain practical experience, the young associate county veterinarian jumped enthusiastically into 10- and 12-hour days, plus alternate weekends, dividing his time between the Sidney Animal Hospital and “house” calls to horse and cattle ranches within a 40- or 50-mile radius. Charm, wit, and an obvious affection for his patients permeate the pages of this volume, originally released in 2011. A healthy dose of humor, self-deprecating and otherwise, adds welcome levity to some graphic, detailed descriptions of the medical procedures Gross performed. Today, many of us associate veterinarians with doctors who tend to our furry or feathered companions, but the bulk of Gross’ stint in Montana was spent treating large animals: horses, cattle, and pigs. This required physical strength as well as medical competence. Veterinary medicine has progressed in the 50-plus years since Gross ventured out of Phoenix, but in 1960, vets performed much of the care for large animals without anesthesia. Imagine the job of drawing blood from a not-too-willing, wide-awake bull or castrating 16 recently captured wild horses. Gross recounts his particular fondness for the small animals he treated, especially dogs—Skipper the border collie, who got caught by a lawn mower, and Frick and Frack, two bluetick hounds with faces full of porcupine quills. Bringing everything into sharper focus are the vivid depictions of the countryside and the ranchers of Richland County, Montana, and the Badlands of North Dakota. The author peppers his account with a bit too much technical jargon, but he is an articulate observer, and he knows how to tell a compelling story.

Delightful vignettes about caring for animals large and small in the West make this book an enjoyable and satisfying read. 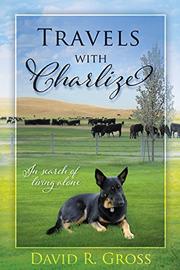 In this memoir, a retired veterinarian and cardiovascular researcher takes to the highways and back roads of the West Coast with his dog, seeking solace and purpose.

After almost 53 years of marriage, Gross (Man Hunt, 2012, etc.) faced the death of the only woman he ever loved. How would he find a path through his now-solitary remaining years? Enter Charlize, a German shepherd, who suffered her own traumas before Gross adopted her from a rescue center. Through steady companionship, they forged a bond that would lead them both to recovery. Gross bought a 2012 Dodge Ram 1500 (“Old Blue”) and a camping trailer (the “Frog”) and with Charlize riding shotgun, he hit the road. Inspired by his literary hero, John Steinbeck (the author of the 1962 bestseller Travels with Charley), Gross wrote a steady stream of blog posts detailing his journeys up and down the coast, through the Southwest, and up to the fly-fishing rivers of Montana. This book represents the collected bloggings of a good year’s worth of extended road trips. It’s part travelogue, part personal musing, with an occasional sprinkling of history and a dash of self-deprecating humor, all of which makes it most enjoyable for readers to tag along. Gross effectively depicts his restlessness—how he logged an extraordinary number of hours behind the wheel each day, never staying more than a night at each stop, except when visiting with old friends or family. He was up at 5 or 6 each morning, when he felt a cold dog nose pressed against his face, and he and Charlize were on the road before 8, usually pulling into a campground around 4 in the afternoon. In between were frequent stops to admire whatever delightful displays nature laid out before them. Charlize appeared to find her own mission through these adventures: to protect and comfort her best friend and to introduce him to a variety of fellow travelers. When memories and sadness swept in, Gross writes, Charlize was there, snuggling under the author’s arm, letting him know he was not alone; in his usual taciturn style, the author says merely, “It worked.” Overall, Gross is an experienced, capable writer, and by the final page, readers will feel they know both man and dog.

A poignant, ultimately uplifting travel narrative that ends too quickly.