Retiring at the age of 35 gives one time to reflect on what is truly important. After successful ventures in business, politics, and education, I devoted several years to study, travel, and spiritual practice. Meaningful experiences came and insights arose. Further insights emerged through interactions with participants in seminars and workshops I have given over the last twenty years concerning how to live a fulfilled and meaningful life.
My involvement in politics occurred many years ago, when I worked at the White House on the National Security Council Staff and served in the political campaigns of Senator Howard Baker and two Tennessee Governors: Lamar Alexander and Winfield Dunn. I also worked as National Coordinator of Special Groups in Nelson Rockefeller’s presidential campaign.
As for business, in my twenties I co-founded and served for several years as Chairman and President of two Knoxville-based companies, 13-30 Corporation and Computer Concepts Corporation.
In the educational arena, I was a member of the Tennessee Board of Regents for 18 years, served as Vice-Chairman of that Board and Chairman of the
Academic Affairs Committee, served as Chairman of the Higher Education Committee for the Tennessee Comprehensive Education Study, and served as Assistant to the Dean of Students at the University of Tennessee.
In civic affairs, I was the first Chairman of the East Tennessee Foundation, Chairman of the Wellness Community of Knoxville, and am a past member of the National Committee for Community Foundations. Other state and local boards include the Tennessee Technology Foundation, the Knoxville Chamber of Commerce, Junior Achievement of Knoxville, the Dogwood Arts Festival, the Knoxville Symphony Society, United Way of Knoxville, the University of Tennessee Research Corporation, and Friends of the Great Smoky Mountains National Park.
In more recent times, sharing with others has become a primary practice in my journey, a way to shift my attention from personal concerns and desires toward care and concern for others. Finding the best way to interact with other people is one of life's most important tasks. For me, sharing what I am learning is one of the primary ways I find meaning and experience my humanity.

“An eminently readable, dialogic, and philosophical discourse for readers seeking to genuinely transform themselves.”
– Kirkus Reviews 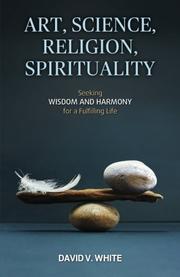 White’s (On Being Human, 2013) nonfiction work asks how people can make sense of their lives as wholes in a world in which compartmentalization is the order of the day.

The main claim of this smart, sensitive look at the most significant human behaviors is fourfold but unified. In order to forge a valuable, rich existence, the author says, people should pay attention to works of art, scrutinize the scientific research of today and of ages past, gather what they can from the impulse that gives rise to religious traditions, and seek transformative experiences. These are heady prescriptions, but White ingeniously defends them and their effectiveness with an intelligence and sophistication not often found in the self-help genre. The book begins with a discussion of the value of art as a practice integrated into all of human life. He explores the centrality of metaphors and analogies not just to art, but to all human knowledge: people learn, he says, by comparing the known with the unknown. He then offers an adventurous interpretation of science and religion as branches of the pursuit of wisdom—a pursuit that’s often riddled with uncertainty. He looks at spirituality as a process, not as a fashionable accessory. The book is rich with quotations, from Francis Bacon and Johann Wolfgang von Goethe to 20th-century scientists and philosophers, grounding its recommendations in careful, approachable readings of brilliant thinkers. It’s a masterful inquiry and proposal about how people ought to live that never comes off as pedantic or outlandish. In prose and playful dialogue between fictional characters, it urges readers to examine the most fundamental questions about what has value. In a striking thought experiment, for example, White asks readers to imagine members of a society that knows nothing about violins capturing a ship with a violin on it and studying it extensively, even “playing” it. What, he asks, makes something valuable for us—or good, desirable, or praiseworthy?

An eminently readable, dialogic, and philosophical discourse for readers seeking to genuinely transform themselves. 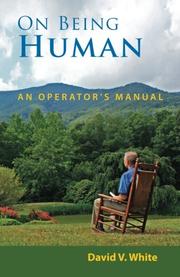 A wide-ranging, well-researched guide to examining what life’s all about.

In his debut work, White, in an easy-to-read format, guides readers through issues that have perplexed and challenged him over the years—and that have troubled sages and other thinkers for centuries. He begins by addressing how people make the decisions, both major and mundane, that shape their lives; he then explores the forces that guide people’s determinations, such as culture, reason, intuition and mere whim, and discusses them all in depth. White goes on to ask how people know what reality truly is and introduces a wide variety of worldviews across the globe (and across time), showing that concepts of “truth” or “reality” can differ depending upon one’s time and place. The same is true of human values, the author writes, and he then addresses the larger question of where such values come from, examining biology as well as culture. Overall, he advocates keeping an open mind when discovering one’s own values, choices and telos, or purpose in life. The author’s depth of research is impressive, as he quotes and discusses writers and thinkers as diverse as Friedrich Nietzsche and Henry David Thoreau. Despite this erudite approach, however, White’s book functions more as a self-help guide than a pure work of philosophy. For example, he sometimes uses dialogues to further illustrate and enliven his arguments, setting up discussions between “Skeptico” and “Wisdom Seeker,” and he also adds “Thought Experiments” to help readers better understand the material. Some readers, especially those facing existential or mere midlife crises, will likely find White’s work thought-provoking.