David W. Stoner explores and writes about the mysteries of man from his home in Longmont, Colorado. Before he began writing full time, Stoner spent nine years working as the Natural Resources Manager for the Ute Mountain Ute Tribe in Southwestern Colorado and eleven years as the Arapaho Ranch Manager for the Northern Arapaho Tribe on the Wind River Indian Reservation in Wyoming. But before the twenty exciting years spent with the two tribes, he spent nine years as a cowboy on Grand River Ranch in Kremmling, Colorado, three years as a timber faller on the Olympic Peninsula in Washington, two years as a deckhand on a commercial fishing boat working out of San Francisco Bay, and two long, dark years as an underground miner in the Homestake Gold Mine in Lead, South Dakota. He also managed to find time to get his degree in philosophy from Colorado State University in Fort Collins. His book of short stories, "The Dream," was published in 2015, and his novel, "The Dance of Light and Shadow," was published in 2018. You can learn more about him and read more of his work on his website: www.davidwstoner.net. Or visit his Facebook page: David W. Stoner.

“It's as though he applies for asylum from the real world through his imagination, but instead of finding relief, the emotional landscape of his book becomes ever more complex and intertwined with his own.”
– Kirkus Reviews 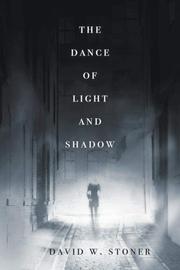 THE DANCE OF LIGHT AND SHADOW

A writer throws himself into his work with dangerous consequences in this debut novel.

Xander wakes up to the sound of high heels in the apartment above him every day. When he finally meets the woman wearing them, Belle, he learns that the two of them have something devastating in common. Xander’s son committed suicide years before, and Belle’s son recently died in a car accident. As Belle copes with serious problems concerning her other son, Xander acts part supportive, part sleazy, engaging her in intense philosophical conversations about the need to find momentary pleasure in a cruel and absurd world. In some ways, he earnestly seeks to pass on his firsthand understanding of bereavement; but how convenient, really, that one of these proposed delights is to sleep with him. In his frustration and helplessness over their stalled affair, he turns to his latest novel. It’s as though he applies for asylum from the real world through his imagination, but instead of finding relief, the emotional landscape of his book becomes ever more complex and intertwined with his own. The protagonists, Rebecca and Tomas, fall desperately in love despite major hindrances: She is married and he is a priest. They wrestle with the meaning of devotion, romantic and religious, in a manner that clearly reflects their maker. But gradually, scenes in Xander’s life also begin to echo his creation until, Julio Cortázar–like, the two become virtually indistinguishable. Stoner (The Dream, 2014) smartly maintains tension in Xander’s character, making it difficult to determine if he’s caring or manipulative in his interactions with Belle. Similarly, the way Xander laments his own flaws often comes across as intriguingly disingenuous, amounting to the view that life is so much more difficult for someone as deep as he is. Perhaps as a consequence, the philosophical questions about time, love, and loss prove slightly too reductive and repetitive to be as stimulating as Stoner might hope. But there are still plenty of worthy intellectual bones to gnaw on here.

A take on the age-old fact-versus-fiction dilemma that’s by turns insightful and obvious.

The Dream: Twelve Stories of Dreams and Disenchantment

The Dream is a book of short stories about hope and love, but also about despair and disenchantment. While there is a lot of disappointment in life, sometimes dreams do come true.
Published: Oct. 23, 2014
ISBN: 13:9781502995438