Dede Reed grew up in Ohio but lived in Europe, Singapore, and Mexico as an adult. She attended The San Francisco Art Institute and University of Colorado, Anderson Ranch Workshops, Maine Media, The Aspen Writers Conference, and The Writers Studio in New York. She divides her time between Maryland, Colorado and New York.

“Throughout this novel, Reed renders her characters’ different first-person points of view with the toughness and delicacy of a dancer en pointe whose grace belies a foundation of pain.”
– Kirkus Reviews 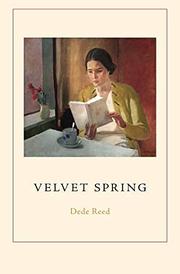 Reed’s debut novel explores how the disruptions of history affect the interconnected lives of several women in communist Czechoslovakia.

In August 1968, during a Soviet invasion, a baby girl is left outside a peasant woman’s house in Czechoslovakia, the name “Zofie” embroidered on her blanket. The woman, Uršula, takes her in. When Zofie is 11, a Communist Party apparatchik notes her intelligence, offers to help her learn German, and lends her books, which are transformative. Zofie experiences familial warmth for the first time when she’s invited to her classmate Katarina Vacek’s summer cottage, where she spends three summers. Later educated in Prague, Zofie immerses herself in its culture, becoming a translator for the education ministry, which becomes less subject to censorship as communism loses its grip. Next, Uršula tells her brief story: She didn’t speak until she was 8—her muteness a kind of spell that a circus dwarf breaks by asking her name and age. The next section tells the heartbreaking tale of Zofie’s mother, Maria, who’s separated from her baby daughter by the invasion. Now married and living in Wales with her son, Maria’s inquiries regarding Zofie’s location have led to nothing, and she must live with sorrow, regret, and uncertainty. The novel then takes up Zofie’s story again, as well as that of Nataša, Katarina’s orphaned daughter, whom Zofie takes in; painting helps Nataša heal her broken memories. Throughout this novel, Reed renders her characters’ different first-person points of view with the toughness and delicacy of a dancer en pointe whose grace belies a foundation of pain. Although tragedy runs through the broken mother-daughter relationships, each character manages to find meaning and beauty in the world through art. Even Uršula, whose words are so often trapped within herself, vividly remembers making a mobile out of string, a dead butterfly, feathers, and other bits and pieces. Not that art is easy; Zofie, for example, risks much when working on samizdat (banned literature), and it’s photography that takes Maria out of the country at a crucial time. Reed handles such ironies with intelligence and skill in this fine debut.

In the spare language of these vignettes, Other Lives offers a taste of life in Mexico. A woman discovers the origin of her birth, another grabbles with the consequences of faith in a rural village, Cuban refugees arrive in Veracruz, and a maid's child wanders through rooms in a patron's hacienda are some of the themes in this collection. Sketches of the countryside, villages and towns where these diverse people inhabit fill the pages with color and local customs. "These stories are like butterflies; shimmering, fleeting and iridescent. They alight on their characters in moments of sadness or anger, fear of loneliness, and with flickers of insight, lives are transformed. —Deborah Weisgall, author of The World Before Her.
Published: March 7, 2018
ISBN: 9781986024341