Self portrait by author.

Born in New York City, raised in London and Calcutta, the author misspent her youth devouring books on history, absorbing the Classics, and listening to first-hand tales of the Raj from antique relatives. Each side of her family has a four century history in East India as tea planters, in shipping, and in the military.

A long-time biographee of Marquis Who's Who, she served for thirty-five years as the Charge Scenic Artist of the Tony Award winning American Conservatory Theater and an additional six years as a scenic artist of the San Francisco Opera.

“An elegant examination of the people and mores of a particular time and place in the history of the British Empire; perfect for anglophiles.”
– Kirkus Reviews 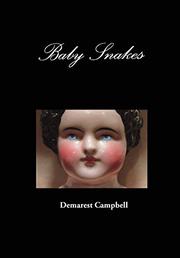 These well-drawn, decidedly British characters spend their steamy days in India in erudite, witty repartee: “Young Richard set about earning his keep by keeping Delia amused, spying and lying for her, and defending her against the incumbent downstairs staff of crabby, dank cousins from the outskirts of Aix who always appeared to have slicked back their hair with their own sputum.” In Europe, Delia marries a man called only Mr. James, a recent widower in whose house she is recuperating from a medical procedure. After a few years of miscarriages and near-death pregnancies, her husband, who “slid into her bed” one night, dies, freeing Delia to return, wealthier, to India. In India, she enters into a murky relationship with D’mitri Shevchenko, a sinister character who supplies Delia’s dying mother with opiates and may or may not have kidnapped Delia’s ward, Alistair. To redeem Alistair, Delia marries Shevchenko while secretly married to another man, with whom she lives after leaving Shevchenko but with whom she is seldom seen. She grows reclusive as she ages, increasing the mystery surrounding her various adventures and misadventures, all the while remaining the center of attention in her small coterie of friends, admirers, and detractors. Campbell’s tale of an eccentric, independent woman living out her life in colonial Calcutta is set against a geographically accurate backdrop. It’s filled with wit, period detail, and literary references (like Delia’s name—a Shakespearean reference to Lear’s daughter banished for her independence). Her women are strong and eccentric; her men, delightfully Dickensian. The powerful writing style and clever characters are thoroughly enjoyable but can sometimes overshadow and confuse the storyline.

An elegant examination of the people and mores of a particular time and place in the history of the British Empire; perfect for anglophiles.

The Master and Margarita