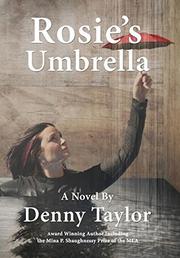 Taylor’s (Save Our Children, Save Our School, Pearson Broke the Golden Rule, 2014, etc.) debut novel charts the course of a family torn apart by mental illness and revelations about the past.

One morning, when teenage Rosie’s Aunt Sarah returns home from her job as a nurse, it’s clear that she isn’t feeling well. It’s not a typical cold, however; it turns out that she’s had a mental breakdown after getting stuck in an elevator with a patient. Against Rosie’s objections, her parents decide to commit Sarah to an institution to get her the help she needs. As Sarah gradually recovers, she and Rosie correspond via email. Sarah begins to reveal things about Rosie’s family, including their Welsh ancestry. Sarah eventually writes a story called “Rosie’s Umbrella” that refers not to her niece but to a much older relative with the same name. Rosie’s curiosity soon prompts her to research her family history, and she turns up information that’s both profound and unsettling. Part historical tour, part ancestral hunt, and part coming-of-age tale, this novel is an unusual hybrid of teenage angst and genealogical research. The story, told mainly from Rosie’s perspective, attempts to view the wildness of adolescent emotion through a rather mature, grounded, and rational lens: “Emotionally she knew what her mind did not, beyond logic, beyond reason, as if somehow deep inside she felt what Sarah knew.” Taylor uses the first few chapters to thrust readers into events that will later become central to the narrative, although their jarring presentation may be disorienting and puzzling. This quality gradually eases, though, as the novel adopts a more linear structure. The book’s depiction of the pain of buried family history and strained family relationships is poignant and provides its emotional throughline. That said, the author’s use of emails and her choice to increase the font size on the first line of each chapter are stylistically clunky. Overall, though, this is a good read for adolescents and genealogy buffs alike.

A novel with a keen understanding of the complexity of family secrets and the tensions between loving family members.