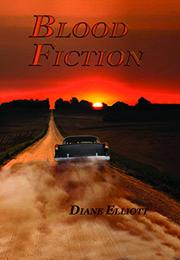 A niece sets out on a quest to better understand an enigmatic aunt in this novel.

When readers first encounter Franniemarie Hanks, she is plagued with problems and uncertainties. For one, she’s engaged in a combustible relationship with her husband, Cricket. “I could kill him,” she muses, “might be worth it to never hear another country western whine.” Her one source of sanity is drawn from staring out into Nebraska’s prairie—an uncluttered expanse of possibility. When Franniemarie receives a call from the Oakland Welfare Department regarding her Aunt Dorien, who has been branded as “strictly loony tunes” and is living in a house worthy of being condemned, it appears like yet more bad news. What in fact transpires is a journey of self-discovery. Franniemarie grabs the car keys and heads “pedal to metal” into the Nebraska landscape, eager to learn more about her aunt, her family, and herself. She quickly discovers that Aunt Dorien has been committed but also that she was a prolific writer, albeit never published. Filling a wheelbarrow with notebooks from her aunt’s dilapidated bungalow, Franniemarie is delighted to discover Aunt Dorien’s undiscovered talent and begins piecing together family memories. Many classic road novels, like Kerouac’s On the Road, employ a male protagonist. Here, a daring heroine seizes the trajectory of the road, and the refreshing result is a tender exploration of the self. On her heart-rending odyssey, Franniemarie faces up to her own fraught past; yet finding solace in a creative endeavor, namely the art of writing, also becomes a key theme. Elliott (Songs of Bernie Bjorn, 2016, etc.), who’s also an accomplished poet, appears to have effortless access to a wealth of rich, beautiful imagery: “In the park, the flowering acacia bleeds scarlet, thru every break in foliage, a scarlet banner raised especially for me.” She also displays a shrewd understanding of the role of writing in catharsis and memory. The result is a rare thing: a clever, well-crafted novel that has both an absorbing storyline and the artful poignancy of an elegantly composed collection of poetry.

An emotionally intuitive and impeccably written tale focusing on a female adventurer. 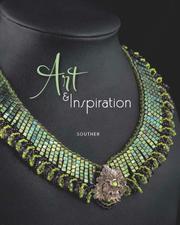 A jewelry designer shares images of her creations as well as the stories and inspirations behind them.

In this debut photography collection with elements of memoir, architect and jewelry artist Souther displays full-page color images of several dozen necklaces and other pieces from her self-made collection, with the story of each design on the facing page. Most of the origin stories involve Souther’s family and her personal experiences, so readers will come away learning nearly as much about the author as about the jewelry itself. The high-quality images give a detailed look at the intricately beaded designs, which are works of art as much as fashion. There is a clear sequence to the order in which the pieces appear, as individuals and topics, for example, the house Souther restored with the help of friends and family, make repeated appearances in the narrative, with additional details revealed in later pages. The stories of the designs are varied, showing the author’s wide selection of inspiring moments. Some of the stories are charming—“Crystal chips beaded into loops around a deep red, nearly black garnet take me back to fifth grade recess when we all broke up into groups and held snowball fights”—while others demonstrate the artist’s perspective: “That night I dreamed I was weaving, and in my dreams were patterns, patterns in squares, ovals, triangles.” Some demonstrate the author’s determination—“This was my beading breakthrough moment. In this moment I went from craftswoman to artist”—though others offer a bit too much information: “Perhaps I’m attracted to these cranes because, unlike me who married four times before I found my life mate, they are bound together when the male first dances and the female is eternally smitten.”

An attractive art book whose strength lies more in its intricate images than in its uneven narrative. 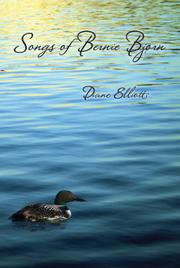 Readers learn about Bernie—her swallowed grief at having given up a first baby to adoption when she was a teenager, her fallout with her cold mother, her desire to give her daughter, Anna, a sibling, her untethered attraction to sex and men, her brilliance—in a series of 50 monologues. The characters include Leland Eckroth, who courts her mother and whom Bernie propositions; the boys she grew up with, now adults who might be lovers, might be helpers; Jack, her husband, who leaves his young wife perilously alone; girlfriends; a lawyer; and so on. The neighbors say that when Bernie moved in next door, she “livened up our gossip / lightened up our lives / she was all beat and boogie / full of hope love and curiosity.” Bernie has a direct, passionate influence on others: “Nights the naked sounds of her lovemaking / drove us back into each other’s arms.” Auburn-haired and thin, she’s nearly magical: “Some creature stepped out of a / Botticelli painting.” “Song Twenty-five—Pimp” makes clear her fierce singularity: “That’s when I knew / Bernie wasn’t anybody’s wife.” She’s fragile, too, enough to be institutionalized. One love interest counsels her: “Everyone who is in pain / who is lonesome and lost / is in a hurry / I told her / you must be patient.” Although the dramatic heroine doesn’t get a song of her own (unless it’s “Song Forty-four—Alter ego”), even a particle in the atmosphere gets a voice in this remarkable book. A riveting poem titled “Dustmote” makes a wild, weird interruption into the human voices to record Bernie leaving her husband: “I dust mote on her body powdered / felt the bloom scrubbed into her skin / heard her words why don’t you get a job / I’m going back to school // I dust mote dancing / heard the door behind it echo / last time last time / last time.”

These songs of the ardent title character sing like wildfire; readers should be singed and ravished by her burning. 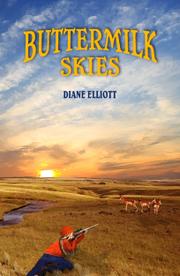 In this YA novel, a teenage girl struggles to find her place after the tragic death of her brother.

Karla Rosegaard is a hardworking, outdoorsy eighth-grader who enjoys living on her father’s ranch in rural Montana and tending to the animals. She can ride a horse and skin a rabbit and looks forward to her annual family antelope-hunting trip. Starting a new school year, however, is particularly difficult for her now, as her popular older brother, Sunny, recently died in a car accident, and her mother has been living in a psychiatric treatment facility ever since. Karla’s father decides it would be good for his daughter to have a woman around the house, so he invites his old elementary school teacher, Sister Marianpaula, to live with them for a month while she writes a book about her life. Karla is concerned, though, about Marianpaula’s seemingly scattered thoughts, her delusions of grandeur, and her tendency to speak in several distinctly different voices. After Karla’s school counselor notes that her houseguest is likely suffering from psychosis (and possibly not taking her medication), Karla sympathizes and decides to help her with her memoir. Marianpaula’s presence in the household brings about poignant conversations between Karla and her dad, and the young girl soon learns the truth about her mother. Elliott (Blood Fiction, 2017, etc.) depicts her story’s majestic, bucolic setting through the use of lush imagery and sentimental descriptions of day-to-day ranch duties (“She curried [her horse’s] rich chestnut coat till her arms ached, till his coat reflected the late September sun like a copper penny”). She has a particularly strong handle on the sporadic voices of Marianpaula, a complicated character who jumps between several different personas but still comes across as one multifaceted being. Readers will begin to understand her more deeply as Karla records the woman’s tangential storytelling and tries to draw connections between her countless life experiences. Karla is a strong female lead, and her independence—and her dedication to her goal of a successful hunt using her mother’s rifle—is refreshing.

A moving tale of love and acceptance recommended for readers who enjoy the great outdoors and complex character relationships.