Dixie was born in Germany and later moved to the States with her family. She earned her certification as a Radiological Technologist in Lexington, Kentucky, and currently resides in Huntsville, Alabama with her husband and children. A mother of three and grandmother of three, she has proudly served her local church as a teacher for over thirty years. It was through her love for children and storytelling that she found her passion for fiction writing.

Dixie’s favorite pastime is to escape to the cabin she built with her husband on top of a North Alabama mountain in the middle of nowhere, to read books and to write her stories. In the stillness of her rustic hideaway, her characters come to life.

Dixie is a member of the Historical Novel Society (http://historicalnovelsociety.org). As a self professed student of the classics, she has developed a heartwarming back story to Charles Dickens’ A Christmas Carol, which retells the story from the perspective of Scrooge’s clerk, Bob Cratchit. Her story, The Life and Times of Bob Cratchit, enlightens us with the charm and warmth of the man who cherished his family and friends.

“A well-drawn exploration of the untold stories of A Christmas Carol.”
– Kirkus Reviews 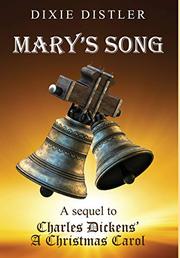 The latest from Distler (Tabor: The First Christian, 2017, etc.) begins just where A Christmas Carol leaves off: Ebenezer Scrooge, his heart transformed by the visitations of the ghosts of Christmas Past, Present, and Yet To Come, has pledged to his former downtrodden clerk, Bob Cratchit, that he’s a changed man. He gives Cratchit a guinea and promises that his wages will be enormously increased henceforth, the news of which elicits disbelief from Cratchit’s wife (“Things like this don’t happen to people like us,” she tells him). And more importantly, he swears that he will help Cratchit’s sickly son, Tiny Tim, to be well again, specifically by consulting with the best doctor in London and a French specialist. During the key operation, while Tiny Tim is under ether, the boy appears to die. When he revives moments later, he’s had a vision: He meets a woman named Mary, who tells him the holiday of Christmas is under siege back on Earth, and the tension on the subject is increased when the Reverend Potts both attacks Christmas as a pagan practice of the Old World and excommunicates the whole Cratchit family for accepting the help of medical science in curing Tiny Tim. Distler writes all of this in a warm, inviting narrative voice that skillfully captures all of Dickens’ characters (and, in time, Dickens himself). The combination of short, one-scene chapters and some lean storytelling makes the book a quick, enjoyable reading experience (unlike a great deal of Dickens pastiche fiction), and new characters like reformed street urchin “Chancy” help to make this old familiar story feel new. Distler has a light, natural hand for Dickensian plot twists; the book stays involving right up to its predictable but surprisingly moving final pages.

A welcoming, consistently interesting exploration of the world of A Christmas Carol. 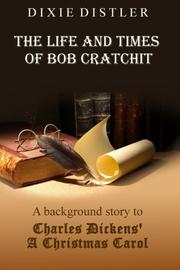 The Life and Times of Bob Cratchit

A pastiche novel dramatizing the life of the harried clerk from Charles Dickens’ beloved 1843 novella.

Distler’s debut is a lean, surprisingly muscular reimagining of Dickens’ work from the narrative focal point of Bob Cratchit, the clerk in the firm of Scrooge & Marley who defended Ebenezer Scrooge’s outrageous behavior. The author fills in a brief back story, showing Cratchit as hailing from Bristol, England, and seeking his fortune in London. He eventually clerks for Scrooge and Jacob Marley for 15 shillings a week as he begins a family and watches it grow larger and happier. That joy is starkly countered by the atmosphere in the office, where he must deal with his miserly, inhuman masters, both of whom Distler subtly and intelligently brings to life—Scrooge as the colder and more implacably intellectual of the two (only warming for an instant when remembering his late sister) and Marley as the louder, more volatile one. The latter is prone to rages that are intriguingly prompted, in part, by his awareness of his wandering attention and focus. During one of these tirades, he actually strikes Cratchit—and later shortly but earnestly apologizes; Scrooge offers momentary sympathy but then orders him back to work. (Cratchit’s reflexive “Your servant, Mr. Scrooge” is met throughout the book with growled variations on “Yes, yes, you are, and best you don’t forget it!”) Distler indulges in a less-than-successful supernatural plotline that parallels the goings-on in A Christmas Carol. However, her evocation of Victorian London is superb, and her portrayals of Scrooge and Marley simultaneously humanize them and underscore their bitter savagery. Likewise, the story’s most pleasing innovation is in how it adds nuance to Dickens’ fairly one-dimensional version of Cratchit. Distler wonderfully details the clerk’s work tedium, his home life, and even the mundane details of a filthy, bustling London in this intriguing companion to an immortal classic.

A well-drawn exploration of the untold stories of A Christmas Carol.

It is a fair, even-handed, noble adjustment of things, that while there is infection in disease and sorrow, there is nothing in the world so irresistibly contagious as laughter and good humour.

The Life and Times of Bob Cratchit: A BACKGROUND STORY TO CHARLES DICKENS' A CHRISTMAS CAROL: Named to <i>Kirkus Reviews'</i> Best Books, 2015

Born the son of a shepherd in Bethlehem, Tabor’s future path is dramatically altered when Jesus is born under the star that draws attention both near and far. In the tumultuous days that follow, Tabor escapes the slaughter of the innocents with his parents the same night Mary and Joseph flee into Egypt with Jesus. Raised in the hills near his city of birth, Tabor struggles with the conflict between the peaceful life of a shepherd and the ruthless Roman occupiers who tax the Jews to the brink of starvation. As an adult, Tabor’s desire to provide a good life for his wife and daughter is disrupted by Pontius Pilate’s desire to satisfy Caesar’s depravity. Tabor must draw on his skills with weaponry, and command of the Greek language, to execute a rescue mission most consider impossible. In Tabor – The First Christian, our hero discovers real strength comes not from the sword, but from the power of forgiveness.
Published: Oct. 25, 2017
ISBN: 978-1732969506