don arsenault is the author of THE STORY OF PHELIA, THE COMPANY WAY, and BEFORE THE PLAGUE

“…describes an Italian wife’s reluctant immigration to New England in the 1920s and the drama that ensues.”
– Kirkus Reviews 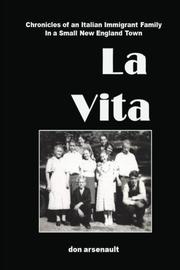 Novelist-playwright Arsenault (The Company Way, 2012, etc.), drawing on his own family’s background, describes an Italian wife’s reluctant immigration to New England in the 1920s and the drama that ensues.

This novel details the bittersweet immigrant experiences of a working-class Italian family in the rough-edged New Hampshire hamlet of Berlin, which include quite a multitude of sorrows. Assunta, a young, Italian wife and mother, is at the heart of the ensemble family saga, and she proves herself to be a born survivor—and nobody’s fool. It’s 1920 when she’s summoned to come to Ellis Island by her husband Camillo, who’s been forging a career in America for the last several years as a stonemason. But Camillo has also been having a long-standing affair with his French housekeeper, and Assunta soon realizes that she—and her children—don’t really know him very well at all. But, true to her vows, she takes on a motherly role in a land that’s not only full of opportunity, but also pain and disappointment. The first half covers Assunta’s initial months in America; the rest spans Prohibition, the stock market crash of 1929, the Great Depression, the rise of Axis-Italian fascism, and America’s entry into World War II—yet the book never feels rushed or overcrowded. It also addresses how all of these historical events affect and buffet the town of Berlin in general and the heroine’s growing (yet mortal) family in particular. Arsenault resists the temptation to make the characters’ emotions melodramatic, and he also eschews sepia-toned sentimentality. Neither does he try to hammer this family saga into a statement about what America means. The results may lack poetry and vigorous histrionics, but the unhurried, direct prose does have an appealing, newspaperlike verisimilitude.

A straightforwardly told chronicle that will appeal to readers with an interest in genealogy.

New York is teeming with men reveling in the bars and after-hours clubs of Greenwich Village and Chelsea. Jerry goes downtown to search for his lost love, Richard. He meets a stranger, Dante, who takes him to the after-hours club – Hell – where he experiences the most bizarre and cruel fantasies at the hands of the Grey-Haired Man, the Sexless-one, and former affairs gone bad before Dante takes him back uptown, to the upper east side, across the border and into Paradise. He is introduced to Mary who takes him to a dinner party at the triple-terraced penthouse of theatrical agent Leo Renril, who believes he is Margo Channing from the movie All About Eve. There, he meets the other selves of the people he met in Hell, as well as William F. Sneer, the icon of the political far right. While playing the party game Inquisition, Sneer and His Eminence, the religious power that is, reveal their plan to arrest and tattoo all who frequent gathering places catering to behavior they say is responsible for a rapidly spreading disease of which Richard is a carrier. When convinced “the plan” is not part of the party game, the dinner guests choose sides – for or against – and rush downtown to help either facilitate or prevent its realization. Jerry joins those opposed hoping to find Richard before Sneer and the eminence’s plan is realized.
Published: Aug. 29, 2011
ISBN: B005K17CKU

The CEO of Crapper Companies, a Fortune 500 manufacturing conglomerate, is forced to resign because of decreased sales, earnings and a diminished stock price. An "outsider" is appointed to replace him causing conflict, confusion and anxiety among employees who fear losing their jobs. This is a story of people hoping to survive in a big business that is going through a change of life. Many voices reveal its secrets - from officers at the top to the wannabes trying to get there.
Published: April 29, 2012
ISBN: B007QM9P4W

The Story of Phelia

Based on actual events, the story takes the reader from the depths of mental illness to the courtroom, from District Court to the U.S. Supreme Court, where Phelia breaks new ground challenging judges to decide whether or not the "cure" afforded by her treatment is worse than her illness. The story rises to a surprising conclusion when Phelia's children reveal the secret that not even her severe bouts of paranoia caused her to suspect.
Published: Feb. 1, 2009
ISBN: 978-1-4401-1656-8