Doug Magee is a writer, photographer and filmmaker, living in New York City's East Harlem. His non-fiction books include Slow Coming Dark: Interviews on Death Row, and What Murder Leaves Behind. His produced screenplays include Somebody Has To Shoot The Picture starring Roy Scheider, and Beyond The Call starring Sissy Spacek and David Strathairn. His previous novels are Never Wave Goodbye and Darkness All Around (both Touchstone/Simon and Schuster).

Doug's current book is President Blog, a political satire that seems to be ripped from the headlines but which, in fact, began life as a screenplay in 2007.

“Magee has an ear for political satire—besides the clever contemporary parallels, the writing is buoyant and genuinely funny.”
– Kirkus Reviews 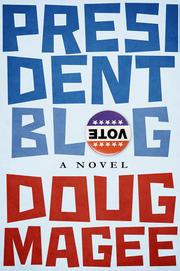 An anonymous blogger suddenly becomes a serious contender for the American presidency in this satire.

Gary King, an unemployed, pot-smoking journalist, writes a short article extolling the virtues of Common 2 Cents, or C2C, an incognito political blogger, for president. The article was meant as a lark, but it hits a popular nerve and goes viral, transforming C2C into a candidate for the Democratic presidential nomination in advance of the Iowa and New Hampshire primaries. Gary becomes a reluctant celebrity in his own right and decides he has no choice but to discover C2C’s true identity. To that end, he enlists the help of his friend Ginny Evans, a brilliant computer scientist. Meanwhile, the tumult roils Gary’s life, straining his already uncertain relationship with his girlfriend, Amanda. In Magee’s third work of fiction (Darkness All Around, 2011, etc.), he taps into the political turmoil of the day, describing upheavals that closely mirror the current scene. There’s a lackluster Democratic candidate with a virtual lock on the nomination and a divisive Republican one who promiscuously traffics in incendiary, racially charged rhetoric. Ginny deftly captures the disorder of the moment: “The Republican rank and file is just as sick of the status quo as the Democratic rank and file. It’s really a bottom up revolution, especially since there isn’t some hierarchical structure to the whole thing. The cult of personality is so yesterday.” The rise of C2C is as populist as it gets: not only is the blogger’s entire campaign run through free press coverage and social media, but it’s not even officially declared. The most virulent reaction to C2C’s popularity comes from an entrenched establishment desperate to cling to power. Magee has an ear for political satire—besides the clever contemporary parallels, the writing is buoyant and genuinely funny. It’s hard to fully identify with C2C’s ascendancy, though, since so little is revealed about his political principles other than the fact that he’s neither a conventional Republican nor Democrat. The relentless pace of the plot, and the gimlet-eyed gamesomeness, though, should keep the reader well entertained.

A political satire about an unconventional candidate that both thrills and edifies. 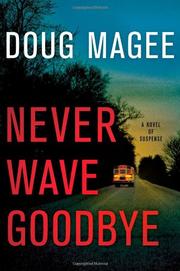 When nine-year-old Sarah, the only child of Swedish-raised Lena, a physician, and her husband, David, climbs on board the van that is supposed to take her and three other children to summer camp, Lena already has misgivings: She’s not too sure that Sarah will like camp, even though her best friend, Linda, is also going. But Lena and David need some time to repair their marriage, so she reluctantly helps Sarah pack and sends her off when the camp van and driver show up to collect her. Problem is, once Sarah leaves, a second van appears, also ready to collect Sarah. Lena discovers that not only have her daughter and Linda apparently been kidnapped, but so have two boys, the son of a local construction contractor and the child of a minister married to a banking official. Together, the four kids travel deep into the wilderness with a man they know only as Mr. Everett, who blindfolds the quartet and marches them to a remote and primitive cabin in the woods. There, a chance meeting with a hiker changes the equation and, suddenly, what looked like a straightforward kidnapping forces the children to make a decision that could cost them their lives. Magee’s characters are well drawn, but his law-enforcement officers often behave implausibly and obvious clues are steadfastly ignored both by cops and other characters. These bothersome lapses distract readers who would prefer to stay caught up in the action—and there is enough action to keep the plot moving forward—but who must reluctantly stop and wonder why no one connected the dots.

Magee’s got the writing chops, and he knows how to weave a good story, but this premiere effort could have benefited from a little less improvisation and a little more research into police procedure.