Dr Doug Wilson is a medical scientist who has lived in New Zealand, the UK, USA, Australia, and Saudi Arabia. His long-standing ambition to be a writer, was blocked by his lifelong dyslexia. The formality of scientific language enabled him to be successful in both the academic world and of the international pharmaceutical industry. But with the advent of the facilitating tools associated with word, he has dived deeply into the world of children's books, and to date 10 have been published.
Changeling Warriors is the first of a trilogy about two teenagers who meet in Ireland and find to their horror and dismay that they both changelings and of inherited a great tradition. They are central to a battle between the Miasma of Evil, and combined forces with a variety of Irish fairy people, to battle the worst of the Irish tradition. Fiery black courses with headless horsemen at one of the challenges they face. Peter the boy has a royal heritage , and the girl Siobhan is the reincarnation one of the great Irish warriors of the past. The book has been well reviewed by Kirkus.
Another series relates to Tom Hassler, the only son of a solo mum who finds he is one of the sea people, inheriting the skills flying and using Seawish to communicate with seabirds and sea mammals. Under the direction of his grandmother they first battle the Rats of Droolmoan cave to stop the destruction of the eggs of seabirds on nesting islands, a defeat Madam Hortense the head of the rats. Other books in this series cover ice storms and polar bears, Whale Killers, and high flying sea birds.
His nest book is non-fiction on aging.

“Author Wilson makes good use of Irish history, myth, and legend here to provide a different take on the typical fantasy-adventure plot about a teenager who discovers that he's more special than he realized..”
– Kirkus Reviews 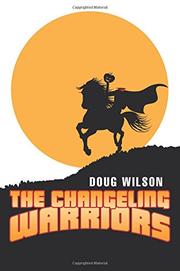 In Wilson’s (The Young King, 2017, etc.) YA novel, a young teenager vacationing in Ireland discovers that he has a special destiny to fight evil.

British 13-year-old Peter Wanderer dreads having to spend two whole weeks of his vacation on an isolated Irish island, keeping his elderly aunt company after her recent widowhood. Although he’s prepared for a dull fortnight, dramatic events soon occur: Peter finds himself playing the fiddle better than ever before; three islanders go missing under mysterious circumstances; and there are local reports of pooka or perhaps dullaghans—evil, animal-shaped demons. Even stranger, two old men introduce themselves to Peter and his new acquaintance, a teenage local girl named Siobhan Kelly, as leprechauns and give the pair startling news: they’re both changelings from the “faery” world, and their special skills are desperately needed. Recent construction drilling has awakened Catharnach, an evil giant with many horrible followers, who’s only a representative of the much more fearsome Miasma of Evil. Both teenagers struggle to accept demanding realities—magical beings, changelings, time travel, reincarnation—and the tasks that await them: Peter must find and play a magic harp, and Siobhan must tap into her past life as a great Irish faery warrior in order to face Catharnach. They’ll have help in this endeavor, including from 16th-century pirate Grace O’Malley, but the bigger battle is only beginning. Author Wilson makes good use of Irish history, myth, and legend here to provide a different take on the typical fantasy-adventure plot about a teenager who discovers that he’s more special than he realized. (Siobhan, too, but this is mainly Peter’s story.) The Irish mythology–flavored heroes and villains are a nice change from the usual elves, orcs, dwarves, and such. The book offers engaging episodes of fighting and adventure interspersed with graceful exposition. Although Peter’s and Siobhan’s near-instant access to enormous talents sans long hours of practice offers pleasurable wish-fulfillment, it’s less satisfying than having them learn skills on their own. However, it helps to balance the scales, giving the two a chance to show their considerable courage. Future adventures follow in two published sequels.

A well-paced series opener with plenty of action. 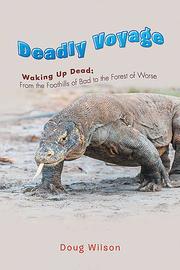 A young survivor of a pirate attack discovers a mysterious island in this YA fantasy adventure.

New Zealander Sam Warburton, age 12, is enjoying a luxury yacht vacation in Indonesia with his parents, his best friend, and his father’s business partner, Frank Trent, when pirates attack. They kill almost everyone aboard and sink the yacht—but not before rescuing Trent and his black briefcase. What’s that about? Sam doesn’t have time to think; hiding aboard an inflatable life raft, he manages to escape. Over several stressful days, Sam attempts to stay alive, gaining assistance from animal helpers. He finds an island and starts building a hut, but the fierce local fauna set him wandering. So far, Wilson’s (The Young King, 2017, etc.) book has much in common with other vibrant tales of resilient, clever young people surviving on their own, like Jean Craighead George’s My Side of the Mountain or Scott O’Dell’s Island of the Blue Dolphins, and provides similar pleasures. When Sam encounters islanders, though, the novel takes an unfortunate turn to another kind of story: white explorer meets ignorant nonwhite natives and astounds them with his superior knowledge. They are all amazed at Sam’s snorkel, first aid, rugby tackles, freestyle swimming strokes, and outriggers for their canoes, considering the boy a  “wonder man,” making some  young men jealous and leading to painful images like “grins and shiny white teeth were the order of the day.” Sam, meanwhile, has nothing to learn from people who are experts in their environment. With this awkward bwana fantasy now in full swing, the book turns again. Suddenly, anything goes: green-robed, English-speaking priests from a large, elaborate compound “based on the great gardens of Babylon and Egypt” appear and demand some villagers for sacrifice, including Lastri, a girl Sam likes. But if Sam wins a ritual race and retrieves a treasure, he can save the intended victims. Thanks—and only thanks—to frequent magical assists from the treasure, Sam prevails. Will he now try to return to civilization and search for Trent?

Starts effectively as a gripping survival story, but the explorer fantasy and deus ex machina approach hamper the tale.

Don't mess with these kids

The children city is captured by an armed militant group. They escape being rounded up while on a holiday camp. The children join forces with the government, using their unique position inside the enemy territory, to defeat the insurgents.

An offshore island houses snake Haven, home to a secretive snake worshipping cult. Giant saltwater crocodiles lurk and attack local fishermen. On together with some unusual friends, and brave seabirds, battles the cult.

Tom Hassler, returns to battle the granny optics which is destroying an isolated village. . He's helped I variously people, including polar bears, and sea eagles.

Tom Hassler and the Rats of Droolmoan Cave

Tom Hassler, son of solo mum, plaintiff is one of the sea people, inheriting the skill to fly, and to communicate with seabirds and sea mammals. Together with his grandmother he fights the rats out to destroy the eggs of all seabirds
ISBN: 978-0-473-23013-5

Tom Hassler and the whale killers

In the Antarctic a group of whale hunters is on the prowl. Tom's amazing grandmother reviews the terrible scenes from the monitoring lab at Castle Haslar. Desperately to call to secrets together to defend the helpless Wales but will they be on time?.