D.W. Rigsby is the quintessential man of our times. Not only did he come from the hills of Ohio, his entire family does too. There's hope yet for this man from small town America as he sets out to become discovered by the supper wealthy hipster men and women of the entertainment industry. Let's not forget he's on a mission and with any mission he must have three things - his looks, his wits, and his words. Looks aside - he must have at least the other two. He's worked thousands of hours, no jest, in learning the craft of screenwriting, and novels by learning from the best - Robert McKee, and Stephen King - though not in person.

At the age of seventeen he and his mother moved to the rolling hills, more like lumps, of central Florida. He worked, helped to pay bills, went to school, played varsity soccer and counted the days of when he'd be set free. When his H.S. bell rang for him its final ring he got up, went out, looked around the schoolyard, fenced in with barbed wire, and said to himself - "never again." Shortly after he joined the US Army, and found himself surrounded by barbed wire, crawling through it, over it and getting stuck on it.

Nine years later he's published two books - though he's written closer to seven or eight books. He's entered several screen play contests of which the current one he's not received the final results. He writes across genres but much of his work is paranormal in nature. This is probably due to part of his upbringing when he'd sit around a table at the age of twelve and read the fortunes of people, or try and contact spirits of the underworld. It's a world behind him, though not forgotten.

Finally - he's ready after all those years of hard work with two more books being edited, and one he's in the process of writing. This is his year and the world will know his name or not.

“It is not the critic who counts; not the man who points out how the strong man stumbles, or where the doer of deeds could have done them better. The credit belongs to the man who is actually in the arena, whose face is marred by dust and sweat and blood; who strives valiantly; who errs, who comes short again and again, because there is no effort without error and shortcoming; but who does actually strive to do the deeds; who knows great enthusiasms, the great devotions; who spends himself in a worthy cause; who at the best knows in the end the triumph of high achievement, and who at the worst, if he fails, at least fails while daring greatly, so that his place shall never be with those cold and timid souls who neither know victory nor defeat. Excerpt from the speech "Citizenship In A Republic" - Theodore Roosevelt”
– Kirkus Reviews 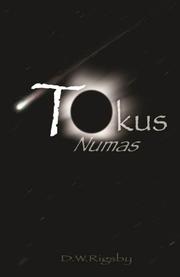 In this sci-fi outing, a 15-year-old boy may hold the key to an ancient prophecy foretelling the possible doom of planet Spearca.

It’s akin to the medieval period on Spearca, a world of kingdoms and castles. But there’s at least some advanced technology, including aircraft and telephonic communications. The Unified Kingship monitors people across the realm with the Great Eyes, perpetually hovering orbs always recording. This is to make certain kingdoms abide by the Treaty of Eximius, which limits enhanced weaponry. A king known as the Father initiates battles not for land, but for information. He targets the Keepers, who hold knowledge of the Numas, overseers of the realm who ensure a level “playing field.” The Father’s convinced the Numas have hidden technology that he wants, and he soon learns about young Petro, ward to King Amerstall of the kingdom Dugual. The boy may be part of a prophecy, a special being who will bring forth death and destruction as a blue fire covers Spearca. Petro, meanwhile, undergoes training as a Numa recruit. He doesn’t know whether the Numas are aware of his unique ability: he experiences random episodes of precognition. As the Father devises a plan of attack against Dugual, Petro sees what looks to be a harrowing future. The novel boasts action with shades of sci-fi and fantasy. Rigsby (The Broken Christmas Tree, 2014) aptly develops the setting, clearly detailing Spearca and its inhabitants without a surplus of exposition. And there’s a slow-building mystery: the Father, for example, suffers from an unknown disease, hoping the equally enigmatic Numa tech will help. On a grander scale, no one’s gone farther than the White Sea’s horizon, an apparent stopping point. This is unmistakably the start of something bigger, as the story ends with a cliffhanger in lieu of a climax. Notwithstanding, Rigsby delivers a smashing sword duel, and Petro and fellow recruits even embark on a potentially dangerous wild boar hunt. Technology, too, is incorporated intelligently; for readers it’s both old, like your basic landlines, and new—viddons manage video/audio links via surgical implants.

A mere introduction to a strange but undoubtedly enticing world, and one that readers should happily return to.

Twelve year old Danny is no ordinary child, and it’s a wonder his family is even making ends meet. Even so, they are not alone, and Danny has been seeing odd things he just can’t talk about – but in the recent months it’s gotten worse. On top of it – he’s desperately worried his mom has given up on Christmas. As he sets out to make things right in the frozen wilderness he faces dangers which will test him. Will Danny make it?
Published: Oct. 17, 2014
ISBN: 1502821621