Dylan Edward Asher is a South Florida bar owner and pilot turned author of an award winning series of “indie-pop-fiction” that strides to be as shifty and alluring as the grifters it portrays. DAMAGE DAY, FLA was recently named a Best Books 2015 by Kirkus Reviews. Asher is a two time winner of the Award of Literary Excellence from Dog Ear Publishing for IT'S A CALAMITY, JANE and STRIKE A POSER. Kirkus has praised Asher’s work for it’s “pitch-perfect dialogue,” and “twists that come too quickly to predict,” also adding, “Asher has a great voice for crime fiction; hopefully he’ll use it frequently.”

“Asher has a great voice for crime fiction; hopefully he'll use it frequently.”
– Kirkus Reviews 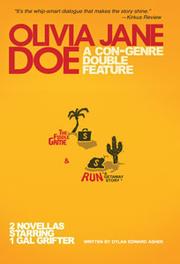 The first novella is set in Fort Lauderdale and narrated by small-time grifter Parker, who has been running short cons at the local marina, where he works with his partner in crime, Dave. Parker meets Olivia when he falls victim to one of her hustles. She takes a liking to him and convinces him to ditch Dave and join her in a scheme to scam money from the owner of the marina. The story is a fun caper with snappy dialogue. There’s an early debate between Parker and Dave about the rules of rock-paper-scissors that’s especially funny. Olivia and Parker’s heist, however, stalls the plot rather than adding tension. There are so many crosses and double crosses that the storylines sag, and it’s difficult to care about who comes out on top. The second, stronger novella is narrated in the third person and reveals Olivia’s motivations. Set in Mexico, the tale opens as Olivia has just lost two of her partners in a con gone wrong. She’s buried nearly $1 million in the middle of the desert for safekeeping and needs to flee the country stat. Asher deftly handles the plot’s many twists, turns and flashbacks. As in the first novella, it’s the whip-smart dialogue that makes the story shine. It’s a joy to watch Olivia match wits with everyone from a Mexican crime lord to a flight instructor, whom she tries to talk into giving her a lift across the border. At one point she attempts to convince him to let her pilot the plane even though she’s never flown before. When the flight instructor tells her this plan is “suicide,” she responds, “No, it’s not…I’ve thought about suicide. This is my second, and slightly better option.”

It’s hard not to root for a character this hilarious and cunning; let’s hope she has a few more misadventures in her future. 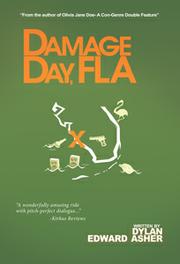 Asher (Olivia Jane Doe, 2013) proves he has what it takes to make an entertaining book about noble lowlifes and con games.

Kip hadn’t seen his brother Jack in 10 years before showing up at his bar in Naples, Florida, hoping to land a job. A decade before, Jack left Ohio and his family behind in a flurry of kiss-offs and bad blood; he became somewhat of a legend for opening up his own bar, so much so that restless younger brother Kip reaches out to him for a job. When Kip meets Jack and his bodyguard, Carter, known as the “Cowboy,” it’s clear that Jack is into some shady dealings. The Riot Bar is off the beaten path but frequented by the worst element in town, all of whom seem to know Jack. Kip wants that for himself, and Jack reluctantly agrees to take him under his wing. Complications crop up immediately, as it seems Jack has some debts and personal drama, chiefly with a fresh-in-town 18-year-old firecracker of a woman nicknamed Davie. She’s involved with Jack, who doesn’t take well to fidelity. Things quickly go south. Kip develops a bit of a crush on cunning and inscrutable Davie, and he agrees to her scheme to win over his brother via a plan that includes shaking down a connected nightclub owner. The pace picks up on a wonderfully amusing ride with pitch-perfect dialogue and twists that come up too quickly to predict. Asher’s chief talent is his ear for dialogue. Conversations are snappy and have the smart-alecky feel of solid crime noir. Personalities emerge through dialogue as well as action, and Asher’s narrative wastes little time dwelling on anyone’s inner monologue save Kip’s. The narrative is stylized and sarcastic—perhaps a drawback for some readers, but it fits the tone of the book perfectly. For instance, after a character has been beaten to a bloody mess, he holds a gun to the people who administered the blows: “He pointed the gun, but did so with staggering laziness. But the gun was pointed. However lackluster it was didn’t seem to matter. A gun tends to do that.”

Asher has a great voice for crime fiction; hopefully he’ll use it frequently. 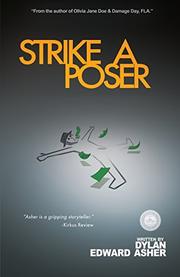 Jack Maxwell, a former “big-time hustler…and part-time scammer,” is currently the discontented manager of a faux Irish bar. Years before, he introduced Olivia to the life, but she ended up scamming him for about $15,000 before she disappeared. Now, she’s back with Jillian, an enigmatic and mostly silent partner, and needs a couple more players for a plan that involves “High yield, low risk. No cops. Some millionaire….Twenty percent each.” The millionaire: Jerry Mallore. The pitch: a real estate deal. To reveal more would be criminal, but Asher deftly moves “from the basic to the complex” without the reader feeling cheated when the final twists unfurl. As the con goes down, time shifts wring maximum payoff from scenes that alternate between planning, execution, and the inevitable best-laid-plans fiasco. Asher’s spare writing has real flair, as in a confrontation with unforeseen rival scammers: “Grant took a step toward them, trying to intimidate. But that wouldn’t work. Olivia and Jillian both stood confident. Easy to do, Olivia feeling her Glock 39 resting against her back, stuck into the waist of her dress skirt.” Asher is a gripping storyteller; what he leaves to the imagination (in one tense episode, for instance, a “scuffle” among the principals) is as compelling as the con’s shifting and uncertain alliances. Dialogue has real snap, too, as when Olivia first sees Jack in his themed-bar costume. “My, oh my, look at you. You’ve gone and gotten yourself all Irish.” Readers don’t need to be familiar with the characters’ previous exploits—Olivia Jane Doe (2013) and Damage Day, Fla (2014)—to be thoroughly entertained by this new caper. But newcomers who, like Jack, love “watching Olivia do her thing” will surely want to go back and catch up on what they missed.

Olivia sums up the richly readable appeal: “Sinning. In such a magical, wholesome place. Good stuff.”