Born and educated in the United States, E. J. Moran began a career as an international fashion model at the age of eighteen when she was scouted by a top modeling agency based in Milan, Italy.

Moran’s move to Italy set in motion the rest of her career. She signed with top agents and modeled for famous fashion designers and photographers. Her work took her from Milan to Tokyo, New York, and Paris.

After marrying and starting a family, she retired and continued life as an expatriate in the United Kingdom, Switzerland, Singapore, and Italy, where she divided her free time between teaching English and volunteering for multiple international organizations.

Recently, she put pen to paper to make fictional use of the plethora of experiences she gained during her globetrotting life. Moran and her husband currently divide their time between Europe and the United States.

To be notified of new books and author events by E. J. Moran, sign up at www.ejmoranauthor.com. 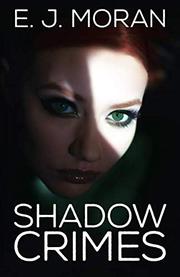 A debut thriller examines the dark underside of the glamorous modeling world.

This tale, set in 1978, introduces readers to naïve Anna McKenna. Anna lost both of her parents at an early age. When Anna was 7, her Italian American mother, Gina, was fatally hit by a truck. Anna’s hard-drinking, Irish American father, Patrick, died of a heart attack two years later. She ends up living with her mother’s parents, Maria and Carmelo Gallo, along with her younger brother, Joey, born prematurely on the day of Gina’s death. Joey suffers from numerous medical problems, including “learning issues” and bad eyesight. Then Natasha Burns, owner of Top Form Management, pulls into the Gallos’ farm stand. She is taken by lovely 18-year-old Anna, with her red hair and emerald eyes. Natasha returns to recruit Anna as a model for her agency. Anna moves into Natasha’s New York City town house, where she lives with other fledgling models. But while Anna is learning the ups and downs of modeling in New York, then Milan, something sinister is happening in the background. A killer is stalking models, including Anna’s friend Petra. Anna’s Uncle Mickey, a detective, inserts himself in to the case. Even though modeling seems glitzy and alluring, the novel deftly describes its downside through Anna: “Many days were spent schlepping around New York City” with a heavy bag “filled with her portfolio, makeup, shoes, and sometimes even a wardrobe.” The protagonist’s work ethic serves her well when it comes to avoiding the pitfalls of her industry. A model’s social life then offered many obstacles, including predatory men and free-flowing drugs and alcohol, especially at clubs like the famed disco Studio 54. A former model, Moran draws on her own experiences to create a likable protagonist. The author does a masterful job illustrating how short-lived models’ careers are, during which beautiful people must make a name and a fortune quickly before their “look” goes out of fashion. Unfortunately, the whodunit portion of the thriller gets shorter shrift: Mickey and New York City Detective Frank Tansey lock onto a suspect fairly early. But Moran does throw in a nifty twist in the end. Still, there’s plenty here that will please mystery and modeling fans alike.

This promising first novel takes readers onto the catwalk while skillfully maintaining suspense.

Frankly Scarlett, I don't give a damn.