Give a boy a dog, woods to roam, and a quiet brook to play beside, and you'll have the beginnings of a writer. Ed Sundt, raised by a single parent who worked at night and slept by day, created imaginative roles as he played and as he listened to late-afternoon radio serials. Novel writing came later, but years of helping students write well yielded self-lessons that bore fruit in newspaper articles, sports articles, short stories, and poetry. Remembering his own advice to others ("If you don't write it, no one ever will") led to a foray into writing for a course with The Institute for Children's Literature. Those created scenes developed into the novel Children of the Wind decades later; his deceased father's notes about growing up as an anti-Red rebel in 1900's Finland became the historical novel My Helsingfors; and a short story written for a college class matured into the fine novel The Last Judgment. Each of these self-published works radiates with beautiful prose and sharp, clear imagery; and all continue to receive strong praise from scores of encouraging readers. 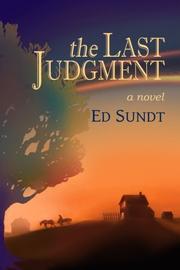 In Sundt’s (My Helsingfors, 2014) novel, a stranger’s arrival in a nameless, insular town sets off a series of events that affect its residents for years to come.

From the sparse, tantalizing, nearly Dickensian opening line (“The tree had to come down. Just about everyone agreed to that”), the author offers a tragic parable of intolerance, obstinacy, insularity, and rash judgment—all folded into an absorbing mystery. The clean, elegant prose delivers sharp, relevant imagery that reverberates off of these themes: “It is a fact that such a town is like an ear of corn where every kernel fits tightly and the addition of one more would burst all the rest loose.” When Johnson Granville arrives in town, he is that errant kernel, and Ben Selker, owner of the aforementioned tree, greets him with a shotgun. Nathan Bockla’s dog takes on Granville’s, but the stranger’s canine wins the ensuing fight to the death. Then two things happen that somewhat mollify the townspeople’s distrust: Henry Whitehouse hires Granville as a hand, allowing him to live at his farm; and Granville rescues Bockla’s son, Jeff, from drowning. But later, Whitehouse’s house burns down, the farmer can’t be found, and the town is reduced to an angry, unthinking mob. This begins a succession of events and unfolding mysteries that Sundt effectively unwraps like layers of an onion, revealing what truly lies in the hearts and minds of the various townsfolk. Overall, he has penned a thoughtful, insightful tale of humanity at its worst and its best, filling it with tiny but gloriously realistic details: “Ben…lowered his gun and, with his dog, went back toward his house as a window curtain dropped silently back into place.”

An intelligent tale for lovers of well-crafted mysteries and students of the human condition. 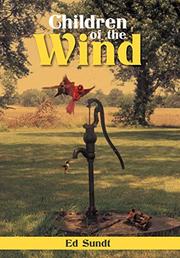 CHILDREN OF THE WIND

In Sundt’s (My Helsingfors: Andreas Larsson Bengstrom, 2014) Depression-era story, an adult orphan takes care of a younger one, and together, they take a trip to delve into their pasts.

Eleven-year-old John Culbertson’s father dies of a heart attack on their bleak farm in southern Illinois. Traumatized, the boy, who’s known as “Cully,” blindly and aimlessly hits the road. Along the way, Gunnar Anderson, known to all simply as “Doc,” stops his car and convinces the lad to come with him. Before long, they’re acting like father and son. Doc is a lonely widower, and Cully fills a void in his heart. Thirty years ago, when he was a child, Doc was sent west on an “orphan train”—part of a movement that aimed to relocate orphans in Eastern cities to Midwestern foster homes—and by hard work, he eventually got a college education and became a veterinarian. He has virtually no memory of his life before he was put on the train. Cully’s mother, Anna, left her husband and son and returned to her Connecticut hometown years ago. Now, she writes a long letter to both of them—not knowing that her husband’s dead. It contains a mysterious reference to the long-ago disappearance of her youngest brother, Augustus Jared. Doc sees Cully’s photo of Anna and begins to fall in love with her—but for various reasons, he soon begins to suspect that he might, in fact, be her long-lost brother. Fatefully, he says to Cully, “I think we need to go find your mother.” They finally track her down, and, of course, the boy is overjoyed at the reunion; meanwhile, Doc wrestles with his feelings while trying to discover the truth about his past.  Sundt is a very impressive writer, and he doesn’t miss a step as he evokes the story’s time and place with vivid descriptions. Doc, in particular, is a wonderful creation who’s worth the price of admission all by himself; his care for Cully is simple and strong, and he also shows deep sensitivity. The book is structured as the two complementary diaries of Doc and Cully, and as a result, the text approaches metafiction at times, as when Doc writes, “There are things that happen beyond all intention and planning….If it were in a book, the reader would scoff at it.” Often, Doc’s and Cully’s entries will observe the same turn of events from their very different perspectives—Doc with maturity, and Cully with precocity. The narrative is bookended by commentaries by Augustus Strong II, Cully’s son, writing in the present day. It’s revealed that Augustus is a veterinarian—just like Doc was. The final mystery involves the Strong family graveyard, but Sundt has Augustus Strong II provide the envoi: “Some mysteries are not meant to be solved.” That said, the climax turns out to be a real shocker, leaving readers to ponder a lack of resolution.

A cleverly plotted and deeply moving work that will likely have readers recommending it to their friends.

CHILDREN OF THE WIND: Kirkus Star

Andreas, teenage boy, struggles with the conflicting pressures of three revolutions: the Finnish civil war, World War I, and the Russian Revolution. His brother Nils chooses to fight; Andreas finds freedom by running, literally, and by attempting to avoid explosive clashes that threaten his life. Although Nils sees freedom as victory over oppressors, for Andreas it lies in a dream that one day a miracle letter will arrive and he will sail to America.
Published: Nov. 15, 2014
ISBN: 978-1-5002-8594-4