Connect with Edward B. Crutchley

THE BLACK CARRIAGE is an historical fiction. It is the result of several years of research, much of it in France, on a little-known Napoleonic general who had lived one of the most tumultuous lives of his time. The protagonist of the story pursues most of his long and dramatic quest in countries ranging from Haiti, Switzerland, Italy, France, England, Argentina and Brazil.

BAD DAYS IN BROADACRE is a humoristic portrayal of competitive America going too far in a parochial north-eastern community into which a bemused English family happens to implant itself. The arrival of the National Guard to calm things down only adds to the chaos.

HUMMINGBIRD is a satire about turmoil caused by low-flying aircraft headed for a fictional Battley Airport. For strange reasons a group of itinerants finds itself irresistibly attracted by them, but not everyone agrees.

In A MOST UNFORTUNATE AFFAIR (2018) a feud develops between two WW1 British officers consigned to the trenches. When their fellow officers find themselves drawn in, the well-being of the battalion becomes at risk. At home in England the officers’ wives enter the affray. Nothing can end well.


Ed tends towards the surreal. His stories develop into chain reactions of unintended consequences. Bystanders become drawn in. Endings are always a surprise.


Ed is married with one son and lives with his wife in Kent, England. He has also lived in France and the USA. His novels feed off the plethora of ideas that each of those countries inspires. 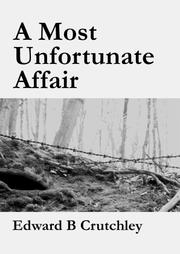 A MOST UNFORTUNATE AFFAIR

A battle of wills between two British captains in World War I France escalates into outright conflict in this thriller.

Capt. Quinn is the new intelligence officer for the 10th (Service) Battalion in France. He’s in temporary charge of the C Company manning the front line in Capt. Michael Cody’s absence. Despite military orders to avoid initiative, Quinn takes men out of the trench for a patrol, prompting the heretofore quiet enemy to spray them with machine gun fire. This is followed by the Germans bombarding British soldiers back into the trench. Quinn, whom others already despise for his arrogance, receives scorn from superiors and troops, save for Cody, who refuses to hold a grudge against a colleague. But this changes after Cody goes on leave to see his family. It’s clear upon his return that Quinn has turned things around, somehow garnering the support of numerous officers, including Col. Wilkes. Quinn furthermore seems to have his eyes set on Cody’s command of C Company. Delving into Quinn’s life reveals to Cody potential deceit, both on the front and at home. There’s a likelihood of danger as well, as Quinn could use his influence over quite a few people against Cody. Crutchley (Hummingbird, 2017, etc.) establishes a tense setting immediately, with a relentless rain flooding the trenches. There are constant reminders of the ongoing war; even at home, Cody’s wife, Kate, and their young daughters have such a perpetual dread that conversations consist “of anything but war, injury or funerals.” Although Cody is a likable protagonist, his gradual distrust of others believably ushers in the prospect of paranoia, which he acknowledges in the effectively subdued tale. Readers will nevertheless likely root for him, especially in the final act when his predicament becomes decidedly more dire. While the author drops in a couple of shocking moments in the story’s latter half, he skillfully retains a slow burn all the way until the smashing conclusion.

An exceptional, edgy tale with convincing plot turns and a well-incorporated wartime setting. 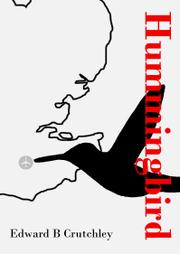 Alfred and Victor, twin soldiers in World War I, are cast adrift in the English Channel and briefly encounter a Napoleonic French general and his servant rowing a boat. Oliver Armstrong, an English businessman in the present day, is on the cross-channel ferry when he witnesses a shipwreck that no-one else on the ferry sees. Stanley Sedgewick, a retired English fireman, bumps into the aforementioned Frenchmen (quite literally) while swimming the channel. Walter Little, a high-level diplomat, finds himself typing the text of a historical document that he has no previous knowledge of, while traveling by train through the Channel Tunnel. It turns out that time is being warped, and Alice Blumen, an American reporter, attempts to reconcile these various incidents. During her investigations, she comes into contact with other affected people, including Calvin Cross, an English retiree with wanderlust; and Darlene, a French medium. Somehow, she knows that everything is related, and in some way, it will all culminate at England’s Battley Airport. Some aspects of Crutchley’s prose are distracting, such as the occasional overly enthusiastic use of adverbs and the lack of commas at the end of direct speech: “ ‘The meeting was nothing’ arrogantly replied [airport manager] Mildrew angrily.” Crutchley presents a plethora of characters with rambling histories that add to their uniqueness but often offer no clear bearing on the plot. Alone, none of these people demands the reader’s attention; en masse, they’re like a lashed-together raft that makes its way downstream, gathering detritus and momentum in roughly equal measure. The result may frustrate readers who are accustomed to more clear-cut and direct plots. However, this isn’t a novel that need be approached literally; rather, it can be taken as a blank-page analogy of life and fate. Readers with a bent for abstract expressionism may well see this random gathering of characters—and the aimless inevitability of the book’s pilgrimage—and find something of their own lives within.

A defiantly obscure tale, verging on the surreal, with an equally nebulous target audience. 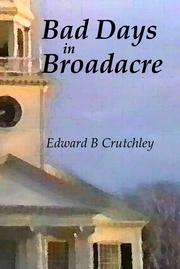 A British screenwriter relocates to New England and becomes embroiled in small-town life in this novel.

Bill, a British writer, his wife, Catherine, and his son, Daniel, are living in France when opportunity comes knocking. Bill gets an offer to script an American TV series and double his current salary. He uproots his wife and son, installing them in a postwar timber house in the backwater town of Broadacre in New England, where he feels he will find all the tranquility he needs to focus on his craft. From his very arrival, the town appears to have other ideas. No sooner has the family stepped through the front door of its new home than it is disturbed by new neighbors coming by to introduce themselves and invite the clan to a party. Mary-Lou, the family discovers, is an overly flirtatious lawyer, and her husband Tom’s a broad-shouldered, lascivious builder. Soon Bill and Catherine find themselves caught in the unnecessary tangles of a small-town existence. They discover that there is a dispute regarding a shed built on their land. Their house is coveted. A property developer’s covert plan to build a working model village threatens the status quo. And what are all the mysterious goings on in the cemetery? And then come the murders. This book is intriguing, embellished by Crutchley’s (The Black Carriage, 2015) admirably quirky descriptive style: “The falling sun is painting the landscape as routinely as people go to church, as they dance in strange straight lines, obey their absurd speed limits, and as the weather is guaranteed to fall apart straight after Labor Day.” The charming work’s one flaw is that it takes on an ambitiously long list of characters, including crooks, state troopers, priests, and rabbis, which the author struggles to handle. It is not uncommon for a reader to have to backtrack to ascertain who is who and who does what. This is because Crutchley fails to draw sufficiently distinct portraits, to the extent that they become an anodyne blur. It is then necessary to reread passages to distinguish, among others, Tom the builder from Josh the “nose straightener.” But this minor confusion distracts little from an engaging and thoughtfully conceived plot. A family deals with a sleepy Northern town’s secrets in this enjoyably energetic romp. 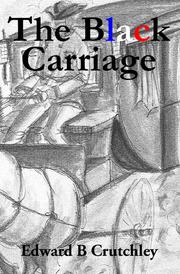 From author Crutchley (Innovation Trends in Plastics Decoration and Surface Treatment, 2014) comes a novel concerning missing gold and the tumultuous world events in the time of Napoleon.

In the late 1700s, the colony of Saint-Domingue (modern-day Haiti) is in a state of upheaval. With the Revolution and resulting terrors sweeping France, places such as Le Cap (“the Paris of the Caribbean”) are starting to see violence. Having come to Saint-Domingue “to find fortune in a colony as far away as possible from the chaos in our motherland,” the narrator finds instead a hotbed of activity. After joining the army in Saint-Domingue, he sees his share of riots and revolts. It’s during one such operation to quell the chaos, when the army’s “sheer numbers totally surprised and shocked the…looters,” that the narrator finds his wife has been murdered and his son gone missing. In addition, a large amount of gold “sent to finance the restoration” is believed to have disappeared. So begins an investigation known as Black Carriage. What happened to the gold, and could it be related to the death of his wife? It’s an investigation that takes the reader to places as far-flung as Switzerland and Brazil. Part historical fiction, part investigative mystery, the book incorporates an enticing swath of the former. Readers familiar with the era will recognize Prince Pedro, Gen. Brune, Toussaint Louverture, and, of course, Napoleon; those unacquainted with such names will learn a great deal. Readers interested in the mystery will have to wade through dense periods of military maneuvering (such as with the French campaign through Europe) in order to find answers, but the journey is kept lively with well-written scenes of firing cannons and swinging swords (“I swung my sabre at a rebel crewman who jumped overboard to avoid me, and in the same sweep cut down one of his colleagues to my left just as he was raising his spike”).

Rich with world history and a burning central question, the story provides an array of real-life characters and fascinating locations.