Ed McDonald spent his early childhood on a cattle ranch in the foothills of the Tortolita Mountains where his father was a cowboy. He holds two master’s degrees. He has worked in Washington, DC attached to a Congressional staff where he wrote and lobbied to passing three Congressional resolutions to create (in 1987, 1988 and 1989) a national day to commemorate the Challenger astronauts, a National Day of Excellence. He served five years as a reserve officer in the Tucson Police Department. For six years, he was Director of Academic Programs and Publications Editor of THE FINAL OPTION Tactical Force Institute, an international post-graduate training institute for SWAT and HRT officers. Ed has edited, illustrated and published eight advanced law enforcement tactical textbooks. He has produced videos, and published poetry and literary research. Ed spent five great summers teaching SCUBA diving in Mexico and two winters teaching snow skiing in Arizona’s White Mountains. He taught for thirty-eight years as an adjunct faculty member at institutes of higher education, including the University of Arizona, Pima Community College and the Southern Arizona Institute of Advanced Technology. He also served for eighteen years on the governing board of Wright Flight. While studying language in St. Petersburg, Russia in 1999, he met Victoria who became his wife in 2001. They have two daughters.

“An Arizona town’s emergency services director preps for a cyber strike, while his daughter faces a menace of an entirely different kind in McDonald’s debut thriller series-starter. The North Korean government unsuccessfully fires missiles at the west coast of the United States. It soon appears that the action was merely a precursor to a cyberattack . . . . McDonald maintains the momentum throughout by employing alternating perspectives of various characters and very short chapters and scenes . . . its solid writing promises a worthy series.”
– Kirkus Reviews 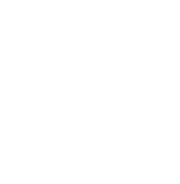 An Arizona town’s emergency services director preps for a cyberstrike, while his daughter faces a menace of an entirely different kind in McDonald’s debut thriller series-starter.

The North Korean government unsuccessfully fires missiles at the west coast of the United States. It soon appears that the action was merely a precursor to a cyberattack, as various grids start shutting down. The story then jumps back two months to the grand opening of an Arizona police substation, complete with its own independent microgrid for handling disasters. It’s the project of Selwyn “Murf” Murphy, a former Special Forces soldier who’s now the program director of emergency services in the town of Tortolita. For years, Murf has anticipated a North Korean cyberattack, so he continues to develop his substation (colloquially known as “Fort Apache”), debating such additions as a stand-alone emergency room. Meanwhile, his estranged 14-year-old daughter, Dani, is living with her alcoholic mother, Murf’s ex-wife Louise. Louise’s sleazy boyfriend, Vince, who’s in debt to a drug dealer, persuades Dani to dance at the appropriately named Two-Bit Bar. When Murf gets wind of Dani’s situation, saving his daughter takes precedence over all else. Despite the title, there’s very little cyberwar in this thriller; much of the narrative instead focuses on the lead-up to the attack. News reports of various transgressions of the North Korean government create a feeling of imminent danger, however, and Dani’s seemingly unrelated plotline is consistently intense. Her story, in fact, features a character that’s even more indelible than Murf: Doc, a biker-club physician and former battlefield medic who befriends Dani and tends to her when she’s injured. McDonald maintains the momentum throughout by employing alternating perspectives of various characters and very short chapters and scenes. Although Murf gets few opportunities to validate Fort Apache, he does prove himself a hero in the action-packed final act.

Primarily an introduction to the protagonist and his fortress, but its solid writing promises a worthy series.

"My first decided experience of the stupendous power of money . . . ." from Great Expectations.

The Distance from Love