Eliza Sherlock worked in the insurance business while writing fiction in her spare time. Her part-time creative pursuit became full-time in 2013 when she left to begin a writing career. This debut short story collection marks her first published work. Her short stories have been accepted by Liphar and she is presently revising her exiting body of short and long fiction, as well as developing new material.

An art enthusiast, she is a patron and collector, supporting artistic endeavor in its many forms. In addition to her love for the written word, she enjoys paintings, sculpture, and the performing arts. Extensive travel has taken her abroad where she explores the historical, architectural and artistic heritage of the countries she visits. A first generation American of British descent, her mother is from Bradford, Yorkshire and her father is from London. They made their life in Hartford, Connecticut where Eliza and her sisters grew up. Educated in Connecticut and the United Kingdom, she met her husband while studying in England. They have made their life in the United States and return regularly to England. Eliza and her husband live in Farmington, Connecticut.

“An often beautiful and insightful set of stories about people both lonely and in love.”
– Kirkus Reviews 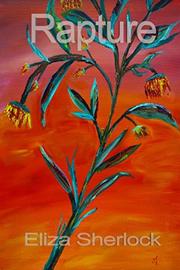 In these tales, a man suffering from a brain trauma distances himself from his sister and navigates his isolation in a world that seems to have left him behind; a retiree turns to sculpture for self-expression, much to the chagrin of his housing community and at the expense of a friendship; and a middle-aged man accompanies his parents on a cruise, trying to cut the cord, with the probable breakup of his marriage hovering in the background. Many of these tales refreshingly put middle-aged characters front and center, whether it’s an heiress conned by her Irish cousin, or a wife discovering that her husband has a second family and that her own life is a sham. There are nods to other works of literature in each of these stories, including a Mark Twain enthusiast, a Harriet Beecher Stowe tour, along with burgeoning authors, English professors, and Shakespearean quotes. These touches could have seemed too self-aware, but instead they’re kind reminders that literature shows us how to live. Profound wisdom bookends these stories, although some are dragged down by too many needless details and back story that take away from the depth of emotion. One of Sherlock’s strengths, however, is believable, rich dialogue. This is an author who knows her characters well, whether they’re minor or major, and who has shaped their individual voices. Nowhere is this command of character more pronounced than in the title story, which may also be the one with the most depth. It explores a relationship between a mother and her daughter who has Alzheimer’s—a role reversal that’s beautiful and saddening. Their mental estrangement between is only reconciled with music, even if those moments of calm are fleeting.

An often beautiful and insightful set of stories about people both lonely and in love.

We say of some things that they can't be forgiven, or that we will never forgive ourselves. But we do--we do it all the time. Alice Munro - Dear Life.

Nothing is what it seems in Lewa and Hugh Courtney’s marriage. Broken in a way neither of them cares to examine, they carry on under the pretense that nothing is wrong between them. When Hugh is offered the opportunity to lead international corporate banking headquartered in London, they relocate from Boston. Accompanied by their grown daughter, Georgina, they settle into a rental house in Holland Park. While Hugh is preoccupied with his new job, and Georgina finds work at a literary agency, Lewa, newly transplanted, finds herself alone. A freelance writer, she churns out articles on subjects she sees as insubstantial; unable to assimilate into the city or find a rhythm, she feels isolated and dislocated. Georgina brings home her new boyfriend, Hayden. This first meeting disturbs Lewa, and she does not warm to him. In time Georgina moves out to live with Hayden, and at a housewarming party Lewa meets and is irresistibly drawn to Jeremy, Hayden’s father. When Lewa and Hugh leave early, feeling like gate crashers at the young people’s gathering, they stop for dinner at a nearby restaurant. Jeremy walks by and, spotting them, enters. He invites them to his house for a dinner party. At Jeremy’s party, she agrees to meet clandestinely. Wracked with guilt and second thoughts, she stands him up. She later bumps into him on Charing Cross Road and is drawn into a tempestuous affair. She soon suspects Jeremy is more interested in Georgina than he is in her, and their involvement intensifies, grows dark and threatening. Deception and suspicion simultaneously closes in on Lewa’s marriage. On more than one occasion, Lewa bumps into Joyce whom she met at Jeremy’s dinner party. Aware of Jeremy’s reputation as an operator, Joyce warns Lewa that nothing is to be gained from her association with him. Hugh and Lewa undergo a renewal in their marriage, but Lewa is conflicted, and continues to meet Jeremy. Lewa receives a letter from her father that her mother is going into care, requesting she return to Boston to assist him. She has told her family her parents are dead to avoid the necessity of exposing a painful childhood in which she had sexual relations with her father. When Hugh confronts Lewa with his suspicions that she is having an affair, she reveals her parents are still living, and admits, without naming Jeremy, to infidelity. Hugh is devastated and walks out. Vowing to end what has become a destructive involvement Lewa seeks out Jeremy one last time and tells him of Hugh’s discovery. They find themselves in bed one last and fateful time. When Georgina and Hayden happen by and discover Lewa and Jeremy together, Lewa flees to a friend in Italy. She begins to assess her life, and why it has gone so wrong. While there, searching for answers, she becomes convinced that she must go home to face her deeply troubled childhood. Returning to Boston, she attempts to talk with her father, seeking a redemptive gesture from him. Her mother, suffering from Alzheimer’s, never protected her daughter, and has lived a passive life. While helping to admit her into care, Lewa seeks out the facility’s therapist, and tries to come to grips with her history and her life. In an explosive scene, her father comes to her house. Physically and emotionally violent, he pleads to be reinstated in her life, and upon being refused, remains unapologetic to the end. Reconciled now to her decision years ago to cut her parents out of her life, she returns to London. Fighting to reclaim the love and forgiveness of her husband and daughter, she nonetheless cannot face the harm she has done. She turns to Joyce, who reveals she too is a child of incest. A former nun now married and living a secular life, her spiritualism sheds new light on Lewa’s predicament. Lewa and Hugh enter a shaky reconciliation. While they rediscover passion and meaning, Hugh is slow to forgive. Georgina’s relationship with Hayden cannot sustain the pressure of Lewa and Jeremy’s involvement and comes to an end. When Joyce reports seeing Georgina with Jeremy, Lewa impulsively arranges to meet him in St. James’s Park then realizing her mistake, calls Hugh and asks him to join them. She speaks privately with Jeremy, imploring that he leave Georgina alone. When Hugh comes, the men spar, leading to violence. Hugh, enraged that Lewa set up this meeting, leaves the scene. He confronts her at home, and unable to confess that Georgina was witness to her affair, she flees again, this time to Joyce’s. Joyce offers her use of her summer home in Hastings. While there, she meets an elderly neighbor, Alistair Lyons and he is influential as she sifts through the rubble. She begins to write creatively during this time. Georgina calls and following a visit to Hastings, in which she and Lewa talk openly and come to an understanding, she persuades Lewa to return to Hugh. He has begun an involvement with a colleague, and they come upon him in her company. Lewa is thrown into a jealous panic that she has lost him for good. They walk the neighborhood, talking about what has gone wrong between them, and whether they can recover. In realizing their love transcends what they have endured, they rededicate themselves to work on their marriage. Knowing the past and the future will change them, with deepened appreciation for each other, they hurry across the street and home where Georgina awaits.

The Summer of Other Lives

Upon the death of his estranged father, aspiring author Paul Mayhew walks away from his life in New York and from his girlfriend Zoe to make sense of and claim a posthumous place in the life of the man he never knew. Denied his rightful inheritance both materially and emotionally, he has long struggled with his father's rejection. He spends a troubled summer on Martha's Vineyard trying to enter what remains of the inner sanctum of his father's last family only to discover his life has left behind more questions than answers. As he enters the dark world of William Mayhew and meets his younger brother and his father's widow, he discovers their wounds are as deep as his own. When Zoe comes to the island with their mutual friend Henry, he realizes he threw away something far more valuable than his share of his father's wealth and fame. Zoe is torn between Henry's goodness and Paul's intensity, but cannot give herself to a man for whom she was expendable. Paul comes into possession of William Mayhew's masterpiece, but having yearned for just such a moment his entire life, it fails to fill the emptiness of a lifetime. He comes to see that for one summer, he unconsciously perpetuated his father's heartless disregard of those around him, and vows not to follow in his footsteps or to sacrifice love for art. As he reevaluates what matters to him and comes to the realization that winning back Zoe's love is more important than any single other thing, he returns to New York. As they begin to gravitate back toward each other in a passion neither can resist, Paul comes to terms with the past. He has acquired a brother he never knew, his father's master work and the humility that comes with almost losing everything for a dream.