Elizabeth Segrave writes genre-bending novels reflecting her interests in travel, art, mystery, romance, and science fiction. She is currently hard at work on Book Three in her MEMORIA series. 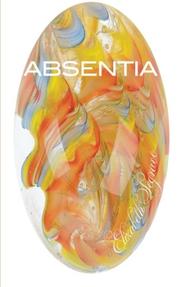 Two time-traveling students encounter intrigue and danger in Napoleonic Venice and beyond.

Segrave (Memoria, 2012) drops readers straight into the goings-on of her previous novel, finding graduate student Violet Tenet and her sultry boyfriend, Tom Fielding, not only dealing with but talking about the events that concluded Memoria. Those events center around time travel, a phenomenon made possible by a gadget invented by Violet’s grandfather, Alistair Edward Craig, an erratic, forgetful (and perhaps ultimately sinister) figure from the first book; here, though, he’s given more depth and humanity. Via time travel, Tom was rescued from death at the Napoleonic Battle of Corunna and brought to Wildewood Hall, Craig’s idyllic country seat. Tom initially finds it confusing, but, as Violet assures him, “It doesn’t matter where or when you were born. All that matters is who you are now.” As the novel pings back and forth through time, Segrave handles the action and intrigue as deftly as she handles the dialogue, which is always sharp and sparkling. The intricate, fast-paced plot contrives to separate Tom from Violet, Violet and Tom from Craig, and all three from their time gadget, the “homing device” and “redial” of which present additional complications. Fortunately, Segrave orchestrates it all with considerable skill and humor. Violet anchors the book: Witty, spirited, smart and adaptable, she deals with the numerous plot twists—and villains, who are often revealed with an appealingly old-fashioned relish—without panicking or relying on the menfolk. When Tom abruptly disappears from her embrace, she determines to find him and ends up with her grandfather in an 1809 “Venice with no T-shirt shops.” An occasional spellcheck-eluding typo—i.e., “lightening” for “lightning”—mars the narrative, but by far the biggest obstacle to readers’ enjoyment is the necessity of reading Memoria first. Segrave valiantly tries to insert helpful exposition wherever possible, but the delightfully breakneck pace of her narrative works against her, and as the story builds to its blizzard of a climax, there’s hardly time to sit and reflect.

Newcomers may be baffled, but readers of Memoria might cheer out loud. 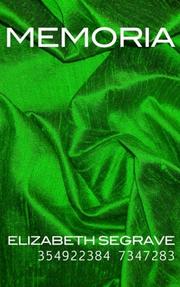 In Segrave’s debut mystery, a grad student in Venice becomes invested in recovering a stolen mask only to discover that the item is a relic of her own past.

Violet’s studies in art history take her to Venice, where a museum robbery and the murder of an unidentified woman pique her interest. The intrigue deepens when she learns that a similar event took place more than 60 years ago during World War II. Her amateur investigation leads to greater conundrums when Violet thinks she’s being watched. Even more mysterious, fellow student Tom, who caught Violet’s fancy some time ago, seems to know more than he’s willing to tell. Neither revelation, however, stops Violet from traveling to London and Scotland to search for answers in this mystery novel that seamlessly unfolds. The first half of the book concentrates on Violet learning of the pilfered Carnival mask, as well as her budding romance with the beguiling, enigmatic Tom. Various clues connect at an auction and, later, at a masquerade. From her first-person perspective, Violet, a charming protagonist with a wry sense of humor, sardonically notes the comparison to Nancy Drew, as when she spots another female with Tom and alludes to her as “looking incredibly un-bored.” The author writes with an assertive voice in clean, polished prose. Violet’s relationship with Tom is flawlessly detailed, building on small moments—Violet pointing at elements from the periodic table printed on Tom’s shirt, thereby touching his chest—with refreshing subtlety. Although the story eventually takes a turn that some readers might have anticipated, many questions remain, and the mystery doesn’t let up; more secrets are gradually revealed even in the final pages.

Multiple genres come together to form a rewarding, incomparable novel.

Book Three in the MEMORIA Series

a work in progress