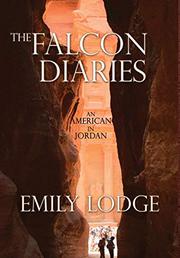 In this memoir, Lodge (The Lodge Women, 2014) recounts her immersion in the culture and politics of the Arab Middle East during a year in Amman, Jordan.

In 2006, Lodge, scion of the famous Boston family of politicians and diplomats, was invited to join her husband, Bob, in Amman. For the past three years, Bob had lived in that city serving as a consultant for a European electrical consortium operating in Iraq. Despite the dangers—Bob had only recently survived a suicide bombing at an Amman hotel—Lodge decided to make the move: “I felt it would be better to worry with him than without him,” she writes. Although the author and her husband would remain in Jordan for eight years, it was the first year that affected her most profoundly, exposing her to a cosmopolitan Arab society that she’d never known in the West. While Bob concentrated on his work in Iraq, Lodge took Arabic lessons and made friends with her neighbors in Jordan, many of whom were Palestinians whose families were displaced during the conflicts of 1948 and 1967. Her book is a month-by-month account of that first year from the spring of 2006 to the spring of 2007, recording her travels and encounters with Jordanians, Palestinians, Iraqis, and others, learning their family histories and their perspectives on contemporary politics. During a trip to Jerusalem and Ramallah, Lodge was able to witness how different religions, cultures, and governments interacted at checkpoints, in temples, during holidays, and in different languages. Lodge’s narration is characterized by a clipped, somewhat scattered prose style, typical of a diarist, as she recounts anecdotes from journeys and conversations: “Lebanon is in many ways the sister country to Jordan, with most of the elite here, all my female friends, having gone to the American University of Beirut. I celebrate when they celebrate. I mourn when they mourn.” Along the way, Lodge’s memoir interpolates numerous bits of history that illuminate the backstories of the places she goes and the people she meets. The book concludes with a pair of interviews that she conducted at the time—one with the King of Jordan’s uncle, Prince Hassan; the other with the Israeli Ambassador to Jordan, Jacob Rosen—and she effectively highlights their divergent views on the history and future of Arab-Israeli relations. Although she addresses topics that have already inspired a vast library’s worth of volumes, Lodge’s clear interest in the Arab side of the story—as an American civilian who was previously unfamiliar with that perspective—helps this work to stand out in that crowded field. It’s clear that the author is passionate about her subject, rooted as it is in her personal life. Although the book has some inherent limitations, given the author’s perspective as an outside observer, it offers many insights into the Jordanian point of view that readers may not have encountered elsewhere.

An illuminating memoir of an American abroad that captures Arab and Israeli relations at a particular moment in time. 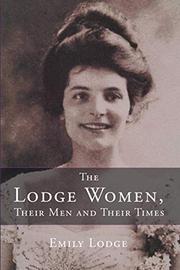 THE LODGE WOMEN, THEIR MEN AND THEIR TIMES

Lodge tells the story of her famous New England family via biographies of her foremothers in this debut work of American history.

The Lodges and their close relatives the Cabots have long histories in the United States. The author is the granddaughter of U.S. senator and ambassador Henry Cabot Lodge Jr. and the daughter of politician George Cabot Lodge. Her family tree is filled with other names associated with Boston Brahmins—families who landed in Massachusetts during the Colonial era and have been involved in American society ever since. This book is a family biography of sorts, focusing specifically on the female members of the Cabot and Lodge clans, dating back to 17th-century Salem, Massachusetts. Anna Cabot joined the two families together when she married John Ellerton Lodge in 1871. She was also a scrapbooker who preserved various details of life in mid-19th-century Boston and moved in the same social circles as Ralph Waldo Emerson and Henry Wadsworth Longfellow. Nannie Lodge Davis (1851-1915) was a well-traveled woman who nurtured her husband’s political career and whom Theodore Roosevelt called “the closest America had to having a queen.” Bessy Davis Lodge (1876-1960), the scion of a New York City political dynasty, married into the Lodge family only to be widowed at 36; she lived another half-century, moving to Paris at the encouragement of authors Edith Wharton and Henry James. In these women’s life stories, a portrait of domestic life in the American upper class emerges, particularly during the era of American aristocracy that became known as the Gilded Age. The author’s book is thoroughly researched, relying heavily on letters and other primary-source documents. Lodge gives her subjects many opportunities to speak for themselves, where possible, and her own prose is both breezy and detailed, particularly when describing some of her ancestors’ playgrounds: “Tuckernuck, an almost deserted island in the Elizabeth chain in Buzzards Bay off Nantucket near Cape Cod, was a place of unimaginable beauty— sparkling sea, summer air, swallows winging over ocean grasses and sand dunes in apricot sunsets.” There are moments in which her rarified perspective may strike many readers as unrelatable, as when she notes that “Daughters of admirals will recognize themselves in Nannie Davis Lodge,” but the author is generally a capable and charming guide throughout this work. The narrative drags in some sections, and certain episodes and letters could have easily been omitted for the sake of concision. That said, there’s much here to engage readers interested in the history of wealthy, well-connected American families. As much as this book reveals about the Cabots and Lodges, it’s also a portrait of the United States in the late-19th and early-20th centuries—perhaps the last time that the country was so embodied by a single family. Also, Lodge’s biographies of these women here do much to fill in the gaps of a history that’s too often fixated on the men in their lives.

A wide-ranging, if occasionally uneven, biography of the women in one of America’s great political families.