Emunah La-Paz's first book of a seven part series, Chocolate Burnout: Part One embraces multi-cultural heritage, and is recognized in the Mavin foundation database of books by authors who touch on interracial relationships. La-Paz born in Montgomery Alabama in the 1970's, faced the sting of racism due to the history of embedded bigotry which hung over her diverse family. Trying to shed the hate linked to racial injustice became a part of life that expanded into different subjects dealing with self-hatred and insecurity among men and women of all backgrounds. Memoir of a Jaded Woman: Tainted Love In November 2016, La-Paz published Memoir of a Jaded Woman: Tainted Love.In this book, La-Paz, inspired by a friend's troubled marriage, held focus groups of women and explored marriage and infidelity alongside Bible study. A reviewer called the novel "a compendium of raging, amusing, and ultimately balanced perspectives, including those of many men and their girlfriends." 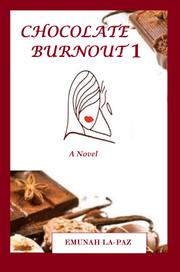 In La-Paz’s novel, an African American woman faces challenges in dating and friendship.

Chantel Reed is a successful human resources professional in Seattle who has a hard time with relationships. She has drifted from her friends Astrid and Serenity after the death of their friend Alison; her oldest sister, Daria, the family’s maternal figure, is prickly and controlling; and she finally breaks up with her slacker boyfriend, Cameron, after she finds him cooking dinner for another woman in her apartment. Astrid and Serenity have different ideas about how Chantel should move on after the breakup. Chantel, who has always dated black men, is initially hesitant when Brandon, a white guy, asks her out. She quickly falls for him, and they come close to marriage despite push back from her family and racism from his. But when Brandon and Daria ask an attractive black man to test Chantel’s loyalty, her trust in everyone is shattered. Chantel enters a self-destructive spiral that wreaks havoc on her professional and personal lives. La-Paz has a talent for metaphor (“My novel had been deterred, so to speak, due to the fact that I was too caught up inside of my own memoir, centered on my private, addictive, captivity of the mind”) that makes this an enjoyable read. La-Paz also does a good job of exploring the challenges of female friendships and interracial relationships, although Chantel’s tendencies to misjudge and make bad decisions make her an unsuitable vehicle for exploring those challenges since her relationships are dysfunctional. The reader may find the frequency of those bad decisions grating as Chantel becomes more and more incapable of acting in her best interests, but sections written from Astrid’s and Serenity’s points of view provide welcome relief. The novel shows some evidence of updates since its original publication that lead to minor inconsistencies (for instance, characters both page and text each other), but overall the story has a timeless quality and relevancy that keep it from feeling dated and make it appealing to contemporary readers.

A well-written novel with a frustratingly inept lead. 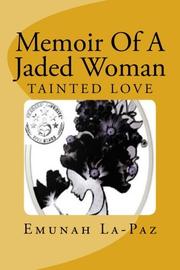 Memoir of a Jaded Woman

A blogger becomes inspired by a friend’s troubled marriage in this relationship guide.

While working in Arizona, La-Paz (Why Do Married Men Cheat with Unattractive Women? 2011, etc.), “a five-foot- seven-inch black woman who had to watch my weight continuously to fit the bill as a print model,” met blonde, “regal” Judie on a photo shoot. Although Judie “had graced the cover of numerous high-end magazines,” she was desperately unhappy, having recently discovered that her photographer husband was cheating on her with an unattractive fast-food worker. Judie’s angry pal Jessie encouraged La-Paz to write a book about this phenomenon—men having affairs with women less attractive than their wives—which led to La-Paz meeting Judie’s soon-to-be ex and his girlfriend. She also gathered together a focus group of “seasoned women who have overcome every aspect of a challenging marriage” and created a blog in which other people could sound off about infidelity. In this book, La-Paz shares highlights of these meetings and submissions; she also weaves in the relationship challenges of her own girlfriends and of the women in her Bible study group. She wraps up by sharing Judie’s 40-day journal, revealing the model’s post-divorce journey to greater self-love and a new, happier relationship; she also reveals the testimony of one of the “seasoned women” who got over her rage and bitterness—and saved her marriage—by turning to God. The author brings a lively, wry tone to this book, which includes many of her own entertaining opinions (“There was a new queen in his life, Ms. Burger Queen. Judie was now an outcast vegetarian, tossed to the side like a bag of soggy lettuce”). Overall, this is a compendium of raging, amusing, and ultimately balanced perspectives, including those of many men and their girlfriends. La-Paz’s advocacy of Bible study is admirable; however, it sits a bit oddly at times in this book’s worldly, “jaded” mix.

In other words, what's right in one place may be wrong in another.