Eric Coyote was born hours before President Kennedy's assassination and grew up northwest of Chicago. He attended college at Indiana University, then migrated to Southern California, where he earned his master's degree from USC's film school. After toiling in the movie industry for more than a decade, he quit to open a dog walking business. He subsequently spent the next ten years roaming the streets of Venice and Santa Monica, picking up shit and enjoying life. The large tattoo on his back is featured in the art book BLOODWORK: BODIES. He is a former lacrosse player, a basketball junkie, and also a published poet. THE LONG DRUNK is his first novel. Eric currently lives in Venice with two cats and Pickle, a basenji mix. He still walks dogs. And picks up shit.

“An unshakable noir with a protagonist learning along the way, but beyond the more overt genre traits is a rewarding story of a man's unconditional love for his faithful companion.”
– Kirkus Reviews 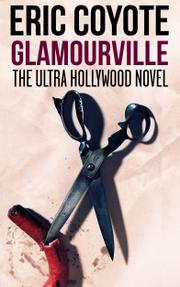 Coyote (Invaders from the Outer Rim, 2015, etc.) delivers a novel about a young man making his way in Hollywood.

In 1988, Samuel Reuben, an aspiring screenwriter, arrives in Los Angeles. He’s fled his Hasidic upbringing in New York City to enroll in the University of Southern California’s famous film program. Despite his aspirations, it doesn’t take long for him to learn that there’s plenty of darkness in sunny California. He’s mugged and questioned about his sexuality during his very first day on campus, so it’s clear that Samuel’s adventures in LA won’t be easy. He eventually drops out of school, takes temp jobs, and comes to terms with the strange ways of the film industry; at one point, for example, Samuel’s boss has sex with Samuel’s date at the company Christmas party. Samuel keeps writing despite the fact that just about everyone else in LA seems to be working on a screenplay. But will he ever be able to find the right mix of luck and content to make it in such a twisted world? The novel offers some vulgar sentiments; for example, when someone rewrites one of Samuel’s scripts, Samuel describes it as “taking my baby and sticking his cock up the baby’s ass.” There’s also plenty of loveless sexual activity in this cruel vision of LA. That said, Coyote’s portrayal of the city manages to be friendlier than those drawn by, say, Bret Easton Ellis. The book also features cameos by Hollywood figures such as director and producer Irwin Allen. Overall, the story of Samuel’s struggle to become a writer can be redundant at times, and it will be obvious to perceptive readers that his success won’t take place in early chapters, if it ever does. The narrative keeps moving forward, though, and some readers will be intrigued by guessing what type of Hollywood depravity will occur next. Surprises happen, characters remain eager for big breaks, and the fate of a once-innocent kid in an unscrupulous place remains up in the air until the very end. 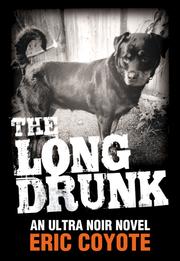 A vagrant turned amateur sleuth investigates a murder in Coyote’s debut novel and series opener of the Homeless Detective Trilogy.

Murphy is a hapless drunk living on the streets of Venice, Calif. When his cherished Rottweiler, Betty, needs an expensive surgery, the former football player takes on the role of gumshoe to solve a local murder. He’ll need to solve the 6-month-old case within a week to claim a monetary reward for identifying the murderer and save his best friend. Coyote’s novel, its title reminiscent of books from authors such as Raymond Chandler and Mickey Spillane, is a play on film noir. While working against genre conventions has become the norm for some writers, Coyote ventures into new territory by unassumingly renovating the traditional qualities of film noir. Most detectives are slipped a mickey at some point, whereas Murphy is almost perpetually drunk, and concussions from his football days cause him to black out. It seems he’s slipping the mickey to himself, especially when he’s drinking Mickey’s Fine Malt Liquor. The seedy underworld is one with upscale restaurants and a gay bar called Pufferfish, and the femme fatale is a yoga instructor. The murder, however, is incidental, and the novel is in top form during scenes highlighting Murphy’s crew of homeless friends, most of whom are individually featured, and with the appropriately named Mama Bear, a maternal figure and thrift-shop owner who literally puts the clothes on Murphy’s back. Regular visits to Betty at the vet’s office are the heart of the story, so Murphy’s incentive remains noble. The book may not appeal to all readers, as sex and violence are graphically depicted, though never insensitively. An unshakable noir with a protagonist learning along the way, but beyond the more overt genre traits is a rewarding story of a man’s unconditional love for his faithful companion.