Farin Powell holds five law degrees including a doctoral degree from NYU Law School, and a post doctoral degree from the Hague Academy of International Law. She has a long list of legal articles, and essays published in prestigious European and American law reviews and law journals. She has numerous awards in her legal profession and presently practices in Washington D.C. She has published short stories and poems in literary magazines and poetry anthologies. Her book of Poetry, A Piece of Heaven, was published in 2009. She has since published two novels, Two Weddings, and Roxana's Revolution. Both have received good reviews.

Visit http://www.farinpowell.com/ under events, and author's page on amazon.com.

“An educational and enlightening...story of recent Iranian history.”
– Kirkus Reviews 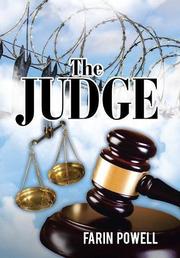 In Powell’s (Roxana’s Revolution, 2013, etc.) legal thriller, a judge known for administering harsh sentences suffers a punishment of his own.

Shortly after kidnappers grab Judge Walter McNeil in Washington, D.C., he wakes up in a small, windowless room. He suspects that the three men who took him want retribution for his judgments in past trials. Sure enough, they tell him at gunpoint that he must rule favorably on a defense attorney’s motions in an ongoing triple-murder case. The story then introduces the kidnappers—Leroy, Darnell, and Melvin—who all feel that the judge has somehow ruined their lives. They feed him drugs and repeatedly threaten his life and also imply that they have his teenage daughter Daphne, who disappeared four years ago. Before the ordeal is over, one of the kidnappers will die, and McNeil will go on trial for his murder. Attorney Amanda Perkins, formerly of D.C., now works in Colorado, where she finds herself in a unique position to help McNeil, even though the tyrannical judge earned her animosity in the past. Powell opens her novel with a bang, depicting the abduction almost as soon as the narrative begins. The story is impressive in the way it shifts readers’ sympathies; some may empathize with Leroy, for instance, because his mother died while he was incarcerated. However, Leroy’s progressively crueler treatment of the judge eventually reveals McNeil as another kind of victim. The trial, which takes up a large part of the novel, is thoroughly riveting. Powell depicts the examinations and cross-examinations of witnesses almost exclusively in dialogue; as a result, the lawyers’ rapid-fire questions and objections seem like a verbal gunfight. For the most part, Powell treats her characters as McNeil does defendants in his courtroom: those who are guilty of crimes or transgressions eventually get their comeuppance.

A gem of a legal thriller, full of plot twists and juicy secrets. 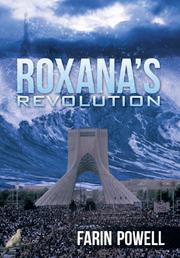 An ambitious novel of an Iranian woman’s personal and professional struggles during a time of war and social unrest.

Powell (Two Weddings, 2011) tells the story of Roxana Ramsey, a young, highly educated Iranian woman living in New York during the start of the 1979 Iran hostage crisis. Although she considered herself a New Yorker, Roxana, like many other Iranian nationals visiting the United States on student visas, received a letter of deportation. She decided not to fight the order and returned to Tehran, via Paris, with her two best friends. But when the forward-thinking Roxana reached Iran, she was shocked by the transformation taking place there. With the country on the verge of returning to strict governmental rule, including the oppression of women, Roxana fought to hold onto her beliefs and her allegiance to two very different countries. Despite a slightly confusing beginning, the storyline quickly gains its footing and unfurls a captivating plot with a well-developed protagonist. Roxana’s personal, political and professional struggles are well-rendered throughout, although occasional scenes and snatches of dialogue would benefit from a bit more polish. The author attempts to pack in as much information as possible about historical events and cultural traditions, which makes the novel feel like a somewhat overwritten history lesson at times. That said, Powell does a good job of capturing the intense emotions of a very dramatic time and effectively uses the point of view of a highly intelligent woman who considered both countries her home.

An educational and enlightening, if sometimes excessively detailed, story of recent Iranian history. 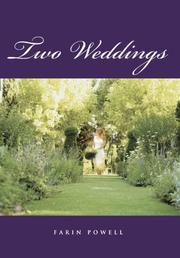 Catherine O’Keefe, beloved mother of Sarah, Paul and Karen, died of a massive heart attack at the age of 54 and ended up in heaven, where she’s certainly not at peace. She never thought she’d be able to see her own funeral, but with the aid of a cap-wearing angel named Oliver, she witnesses her grieving children and yearns to help her eldest, Sarah, who’s also dealing with the recent death of her husband. The other funeral, that of Dr. David Kelly, occurs in the same cemetery and for a brief moment, Sarah meets Dan, David’s son. Later, she dreams about her mother’s new life in heaven, unaware that her detailed visions are real, even down to the “lime-colored polka dot dress” Catherine wears on the other side. Concerned, Sarah’s siblings ask her to seek help, but she refuses, choosing to bury herself in her grief and confide in her adoptive sister, Sharlene, who, along with her runaway, HIV-positive sister, Lakisha, was taken in by the O’Keefe family as a foster child. While Catherine and David, with the bungling assistance and snappy dialogue of Oliver, play matchmaker with West Coast Sarah and East Coast Dan, Dan’s soon-to-be-ex-wife, Rachel and his cruel mother, Anna, have other plans. Setting a novel in both New York and San Francisco, with their rich, individual atmospheres is ambitious, but to try to capture all of that and heaven, too, takes an ability the narrator’s cut-and-dried style lacks. By naming landmarks—the Golden Gate Bridge, Rockefeller Plaza or the “Magic Tree” and “Flower Tunnel” in heaven—the book invokes, rather than evokes, the unique atmosphere of each. The dialogue displays an easy humor and, despite the hardships faced, an inspirational tone. Although Powell’s depiction of heaven is quirky, her book reminds readers to appreciate the “piece of Heaven on earth” that “we all take for granted.”

A tale of motherly manipulation in which unanswered prayers on earth mirror the unanswered questions that remain, even in heaven.