Before his time as an author and novelist, Fazle Chowdhury had developed assessment and management plans in defense, health, humanitarian, and development programs in post-conflict areas. With more than 15 plus years of experience in management consulting, he has held positions in implementation, policy advisement and has worked with: Wall Street, United Nations Development Program (UNDP), and International Business Machines (IBM). He has also advised on economic and technology projects specific to Afghanistan, Pakistan, and Iraq. (www.fazlechowdhury.com)

A regular contributor to Portugal-based Expresso Newspaper, his writings have appeared in Arizona Weekly and The State Journal Register. He spends his time between Washington D.C. and Montreal.

“There's no present or future ―only the past, happening over and over again ―now." ―Eugene O'Neill's A Moon for the Misbegotten”
– Kirkus Reviews 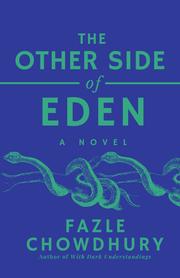 THE OTHER SIDE OF EDEN

In the last gasp of a post-colonial nation, its sultan reflects on the tragedies and horrors of his rule.

On a rainy night in 1947, the Irani Palace of the province of Sipheristan hosts a grand celebration, complete with drinks, dancing, and many beautiful contenders for the heart of its crown prince. His father, the Sultan Aslan, sits aside from the celebration, reflecting on the years of his rule and his service to both the province and the British. The colonial support that has allowed Sipheristan to expand and protect itself is withdrawing, bordering nations seek to absorb it, and America and the Soviet Union eye its natural resources. Furthermore, the Paradise Valley, as travelers have long called the area, hosts a diverse population of Muslims, Christians, Sikhs, Buddhists, and Hindus, their differences leading to increased sectarian violence. Mounting debt, challenges from charismatic yet cruel figures like Genghis Rasul, renewed Islamic conservatism, and family drama, such as that caused by the Sultan’s late, mentally unstable queen, have eroded trust and power. The rebels are at the door, quite literally, and Aslan looks back on his losses: his love affair with Swiss pilot Eva Piazinni, his 13-year-old daughter’s suicide and his son’s death fighting the Japanese, the murder and torture he inflicted on family, the political and socio-economic maneuvering with corrupt British leaders—all for his home. Chowdhury’s novel, well researched and well reasoned, crafts a fictitious country with all the political intrigue of any post-colonial nation after World War II. The impacts of droughts, insurgencies, love affairs, and scintillating land reforms are exactingly described. Sipheristan itself exudes culture, enveloping the reader in elaborate dances, architecture, and folklore, like the cursed Noor diamond. Yet for all this detail, even at its most engrossing the book tends to be fairly dry, written more like a history book than the epic novel its large cast and sweeping narrative promise. The intricacies of any economic or political decision are painstakingly broken down, but cast conflicts, such as the death of the crown prince’s mother and its effect on him or Aslan’s duality as a sympathetic leader, despite his willingness to torture children, go largely unexplored.

A thickly detailed political thriller that skimps on character development. 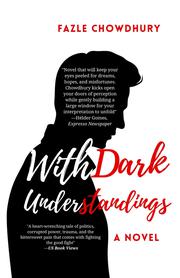 A man who wishes to right the wrongs of his military-controlled country seeks the leadership of his party in Chowdhury’s political novel.

During the summer of 1975, Andres Orce—a member of parliament in an unnamed country—vacations with his university roommate and his family on a rural island property. During the visit, Andres begins having nightmares of the kind he used to get back in school, which will persist and become one of the mysteries of the novel. While playing in the woods, Andres’ daughters and the visiting children discover pieces of glass, which in turn lead Andres to uncover a previously unknown mass grave. He contacts the military—the de facto rulers of the country—about the discovery, but when they come to investigate it, Andres sees them murder an old man in cold blood. Andres is just then running for the leadership of the opposition party, the Liberal Socialists. The prospect of defeat weighs heavily upon him. “What if he did not win the leadership election? What if things between him and [his wife] Allegra never returned to how they once were? What if his country ended up crippled forever because he failed? What if? What if? What if?” The problem is that Andres has acted rather independently as of late. As a result, the party higher-ups are understandably reluctant to reward his insubordination. As if intraparty rivalries weren’t enough, Andres must always fear the very real possibility of assassination. Chowdhury explores decades of political upheaval in the country—which resembles Spain, though it is never identified as such—and demonstrates how they weigh on Andres’ own moment in history. Unfortunately, the author’s prose is stilted and frequently ungrammatical: “It was a rare sight. Even for Irina, to see her sister Iris (who was often arrogantly irresponsible), express any opinion, so the fact that she did so was very notable. It gave confidence to the twin that they were dutifully handling something of a calamity together.” Nearly the entire story is told as exposition, which makes the already dry subject matter quite a bit drier. Chowdhury clearly means to educate with this political fable, but the reader loses interest long before the story gets going.

A subtle meditation on political bravery that suffers from its unpolished prose.

The Count of Monte Cristo