Foley Western began her career as a librarian straight from university. She was inspired to write books through her love of reading and extensive travelling. Married with two sons, Foley lives in the United Kingdom. She is a romantic.
She attended a girls boarding school until age sixteen and went on to higher education followed by university where she studied to be a librarian.
Whilst at university she got involved with the Writers & Drama Society which encouraged her love of writing and acting.. She also joined the Jaycee Club (Junior Chambers International society) and in the 1983-1984 academic year she was appointed vice president of the society.
To date she has been credited with the following Books- “She walks on the wild side”, “Shout for love”, “Kimberley” , “To be young” ( A collection of children’s stories ), “The Winbourne affair”, “Alex and the new teacher” (Another children's E-book) “Agent Ginger” and the “The Game Plan”; with the last two as yet unpublished. She is not complacent as she keeps improving her writing style and has re-written Agent Ginger taking into consideration the critique in the first review by Kirkus.
She is currently working on a sequel to her last book/manuscript The Game Plan. She has now written two more books as sequels to her Spy series Agent Ginger but they are not yet published.
Foley welcomes interests from Film companies, Agents and Traditional Publishers who might be interested in acquiring her works. 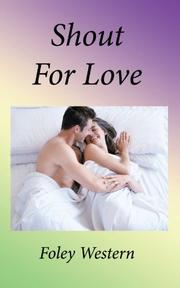 Western’s compelling romantic novel tells the story of Katie Smythe, a successful London antique shop owner, and her courtship by, and marriage to wealthy playboy Declan Black, before shifting into a thriller when Katie is kidnapped for ransom.

After discovering that her long-time boyfriend has been cheating on her, Katie decides to take a break from romantic relationships. Soon after, millionaire art gallery owner Declan Black walks into her shop and Katie questions her resolve. Declan, despite forever having shunned the idea of having a serious relationship, can’t get Katie out of his head and asks her to dinner. As Katie and Declan begin to see each other, he denies his feelings to himself, insisting he isn’t a one-woman man and nearly sabotaging their love by having a well-publicized affair with Alicia Mays, a beautiful heiress and sculptress. Katie is a sympathetic, believable heroine, torn by her growing feelings for an almost-too-perfect man and the distrust she feels for his elite world. Declan only recognizes that he has fallen in love with Katie after she breaks up with him and leaves town for the wedding of her brother, Michael. When she returns, Declan asks her to marry him. While following the romance novel formula, Western presents enough obstacles and chemistry to the couple’s love that their union feels well earned. Friends and foils provide an interesting backdrop, and naturalistic dialogue moves the story along. When Katie and Declan travel to Turkey for their honeymoon, she is kidnapped, and Declan and Michael, as well as Katie’s own bravery, are her only chances for escape. Western plots this part of the novel at comfortably swift pace. Clunky point-of-view shifts occasionally get in the way of the narrative, but the book ties up the pieces for a satisfying ending This urbane, sexy romance novel smoothly transitions from romance to thriller.

This is the story of the rocky liaison between Mark Bloomberg and Debra Winbourne who work for a successful law firm. The firm’s slightly unorthodox way of doing business ensures that they were always at the top of their game. They have powerful connections and do occasionally get their hands dirty behind closed doors, whilst appearing very traditional on the surface to any observer. The owner of the firm Mark Bloomberg was going through a messy divorce. Debra Winbourne was the innocent and unwilling third party in Mark’s messy love life. She was the newest member of Mark’s law chambers Bloomberg & Partners and she had unwittingly stepped into the row between Mark and Sasha by falling head over heels in love with Mark. Little did she realise what complications she was letting herself in for. If only Debra had realised that Mark’s divorce was yet to be fully finalised before she let him get under her skin. If only she had taken time out to find out about the bitch he was previously married to, there were lots of `Ifs.` It is said that hind sight was a twenty twenty vision.
ISBN: 978-1-62646-323-3