Winner of the 2019 Agtha Award for Best Middle Grade/Young Adult Mystery, Frances Schoonmaker taught elementary school in Washington, Oregon, Tennessee and Maryland before becoming a professor at Teachers College, Columbia University. At TC, she co-directed the college's teacher preparation program in elementary and middle school education, a program drawing heavily on story and children’s literature. An avid traveler, Schoonmaker has never been content to be a tourist. She has taught, lectured, and consulted internationally, particularly in the Middle East and in Asia. She is curious about places, the people who live there, and how come things are the way they are.
The Agatha was awarded to THE LAST CRYSTAL (Book 3, THE LAST CRYSTAL TRILOGY). Other books in the trilogy are THE BLACK ALABASTER BOX (Book 1) and THE RED ABALONE SHELL (Book 2). 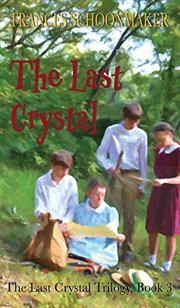 Past and present merge as four children embark on a deadly quest for an object of power.

In this final volume of a fantasy trilogy for middle schoolers, four siblings in the 1940s are catapulted into North America’s long-ago past for a danger-filled wilderness adventure. Their quest: locate the powerful “Last Crystal” in hopes that its magic can heal their father, a wounded World War II Army Air Forces pilot. As in the first and second books, The Black Alabaster Box (2018) and The Red Abalone Shell (2018), historical elements, including racial and ethnic issues and how ancient Native peoples lived, are integral to the narrative. In 1944, the children board a train in Kansas City, bound for Los Angeles. The oldest Harrison sibling is responsible J.D.; the youngest is Grace, who sees things others don’t—and who is the third generation of girls named Grace to play a central role in the continuing plot. In between are Mary Carol, a magic believer, and observant skeptic Robert. Also on board: wicked Celeste, who needs a child to retrieve the Last Crystal to maintain her youth and beauty and who is delighted to discover Grace Harrison, whom she intends to bend to her will. (In the conflict between good and evil and in the part children play in it, there is an echo of C.S. Lewis’ The Lion, the Witch and the Wardrobe.) Escaping Celeste, the kids leap off the train into grassland thousands of years in the past, and Schoonmaker’s riveting narrative deepens into a sobering tale of high-stakes survival. Over their monthslong ordeal, the children, following a mysterious map to the crystal, sustain injuries, suffer extreme thirst and hunger, learn to rely on one another, and discover their individual strengths. The immersive plot, created with both authentic realism and imagination-stirring mysticism, includes an encounter with a Grace hidden from Celeste long ago in an ancient Chumash village where she is the resident shaman. Old Shep, an ageless, enigmatic dog, returns; so do Uncle James and two immortals: good Mr. Nichols and evil Sandastros. 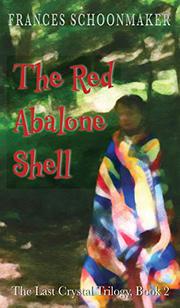 In Schoonmaker’s fantasy-series installment, a powerful dark-magic object is tied to the fate of a boy in World War I-era America.

This trilogy for middle-schoolers began in The Black Alabaster Box, (2018) set in 1856, in which the preteen Grace Willis is kidnapped by Hiram Swathmore from a wagon train bound for California. After she’s rescued by the mysterious Mr. Nichols, Grace became the chosen guardian of “the last crystal,” an ancient object of immense healing power that she must keep out of the hands of Celeste, a corrupt, once-immortal enchantress. By the end of the first book, Celeste’s efforts to retrieve the crystal had dire consequences for then-adult Grace, her husband, and two children. The second book skips 20 years (as the author explains in her preface) to the beginning of World War I, and centers on Grace’s 12-year-old son, James, who’s found on a church step in a rural Oklahoma town. He has only hazy memories of his family, and his only possessions are a rolled-up map and a red abalone shell. James is accompanied by Old Shep, a canine harbinger of fantastical elements to come. After the boy is adopted by a loving German-American farming couple, he becomes more relatable as he matures over the course of the book; his self-doubt, fears and anger, and his impulse to do the right thing ring true. His memories of his family’s shocking fate, and those responsible for it, flood back with the reappearance of Mr. Nichols, who takes James back to an odd pocket of time to visit his forgotten little sister in a village where she’s safe from the threat that destroyed their parents. He returns to the present to become the magic crystal’s next protector, dangerously drawing the attention of evil Celeste. The author effortlessly weaves together fantasy, history, and real-world dilemmas into a compelling narrative that touches on pacificism, the anti-German sentiment that arose in the United States during the First World War, an appearance by the infamous criminal Dalton Gang, and the return of the vicious brother-and-sister outlaw duo from the first book. A satisfying setup for the final installment of the trilogy hints at another player in the fate of the “Last Crystal,” and the significance of James’ map.

An engrossing fantasy and a thoughtful coming-of-age tale. 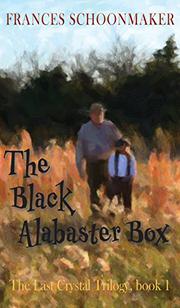 A young girl’s pioneering trek to the American West is interrupted by danger, tragedy, and a magical quest in the first book in Schoonmaker’s Last Crystal trilogy for middle schoolers.

In mid-19th-century Missouri, the white Willis family is about to follow the Santa Fe Trail to the new state of California. Miserable over leaving home, preteen Grace Willis is distracted by the sudden arrival of Old Shep, a dog from her early childhood. Absent for 10 years, Old Shep looks remarkably fit for a canine of more than 100 dog years. It’s a mystery—or is it magic? Old Shep’s role in Grace’s life is woven into a surprise-filled, absorbing narrative, the first novel in a series that begins with this vivid depiction of life for a pioneer family heading west. The author is a former professor and elementary school teacher, but this is no textbook adventure. Nor is it Little House on the Prairie redux. The fact that wagon train scout Jim Payne, a free black man, teaches Grace tracking and track-covering skills hints that the girl will need them, and she does. Grace is kidnapped and suffers a horrific loss. Her ordeal with the brutal kidnapper and his family is genuinely unsettling; her grueling escape is downright chilling. Fleeing pursuit, aided by Old Shep, Grace is rescued by mysterious Mr. Nichols. And here the narrative slides smoothly and enjoyably into a full-fledged fantasy involving Mr. Nichols’ identity and an object hidden within an alabaster cavern. Locked away, the object has the power to heal humankind’s woes, but it is guarded by a lethal spell. If Grace can find the strength, she must retrieve and guard the object until the spell can be lifted. The eventful passage of time that follows—featuring, in part, two vicious outlaws from Grace’s past, the mysterious disappearance and reappearance of Mr. Nichols and Old Shep, and a new home for the bespelled object—will have readers eager for the next book in this series.

A well-crafted mix of fact and fantasy filled with surprises and grounded in history and real-world dilemmas. 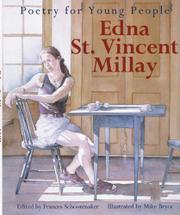 As a bare introduction to Millay’s poetry, this entry in the Poetry for Young People series is adequate, but should not be a substitute for other biographies or analyses of her work. Schoonmaker (Carl Sandburg, 1995) has written a four-page introduction to Millay’s life before arranging a selection of more than 30 poems. In the narrative of Millay’s childhood she includes many good details of her life at home (with a long explanation of her name, Vincent), but is silent on the topic of Millay’s “bohemian” adult life, and more importantly, how the unconventional views of her poetry gave voice to the young generation of the roaring 20s. She reports that Millay’s wealthy husband was a feminist, but not that Millay was, and offers no explanation of how her poetry reflected her strong convictions. In fact, although the book includes a good assortment of Millay’s poetry, the format allows for almost no interpretation, particularly of the more “adult” poems that are include, e.g., “First Fig,” and “Second Fig.” Even if Schoonmaker chose not to venture into the charged territory of Millay’s sexuality, there’s no indication of how small verses such as these expressed in two lines the explosion of new freedoms for women. By placing the poems into safe, pastel-colored, greeting-card context, she leaves readers with a false portrait of who the poet was. (Poetry. 9-12) 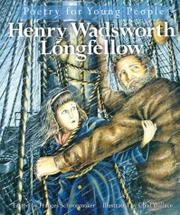 Presented in picture book format, this unfocused collection of poems and extracts from this 19th-century poet gathers up a few chestnuts, but also (unintentionally and unjustly) suggests ample reason to avoid the rest of his oeuvre. Preceded by a dense introduction, the more accessible selections—“The Arrow and the Song,” the ever-charming “Children’s Hour,” and the wonderfully lurid “Wreck of The Hesperus”—are scattered gems among such deadening material as “Woods In Winter” (“with solemn feet I tread the hill,/That overbrows the lonely vale”), “A Psalm Of Life,” and “Hymn To The Night” (“Peace! Peace! Orestes-like I breathe this prayer!”). In addition, “Evangeline” is represented by a mere six lines, and even “Paul Revere’s Ride” is incomplete. Painting in a realistic style, Wallace shows more facility depicting landscapes than people. Even though Longfellow’s famous poems are readily available elsewhere, few readers—after plowing through this uninspired handful—will feel an urge to read more. (Poetry. 9-14)

“To think I should have lived to be goodmorninged by Belladonna Took's son, as if I was selling buttons at the door!” THE HOBBIT, J.R.R. Tolkien

Growing Up Teaching: From Personal Knowledge to Professional Practice

Based on the study of a young teacher, followed from the time she enters a teacher preparation program through her eighth year of teaching. It It speculates on how she is able to surface her personal knowledge, gained through years of being a student, in order to critique and reconstruct it in light of what she is learning through her preparation program and experience as a begining teacher.
Published: Jan. 1, 1994
ISBN: 9780807742709 (978-0-8077-4270-9

The book looks at educational leadership and school reform in an alternative way, challenging much of the literature on school reform. Focus is on a shool in a small town in Western Oklahoma; rural areas and small towns are largely neglected by policy makers. Top-down models of reform beg the question of who is being reformed and toward what ends. The book argues that what most families want for their children, whether they live in the city or country, the United States or elsewhere: an education that matters.

A collection of Sandburg's poetry with an introduction to his work. Illustrated by Steven Arcella.
Published: June 30, 1995
ISBN: 0806908181

Illustrated by Lucy Corvino, an introductory essay talks about Stevenson's life and how his childhood contributed to many of his poems written expressly for children.