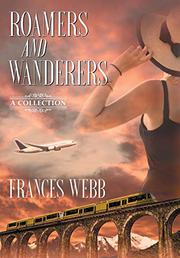 A dozen poems and short stories about people in transit and the interpersonal dramas that emerge in the course of travel.

Webb (A Short Joy for Alma Hedman, 2018) offers a collection of cursory tales and vignettes, set between the 1950s and 1970s. In each of these stories, characters are on the move from one place to another. There’s a woman in “Getting to Verdun” who accompanies her father and husband to Holland, where her dad had fought in World War I. In “The Convention,” Sally joins her husband, Harold, at a business convention in Atlantic City, New Jersey, where she witnesses the trivialities of business dinners and happy hours. “On a Bench in the Amtrak Train Station” centers on the thoughts of a woman as she closely observes a mother and child: “She is standing still and itching to hold that baby again!” Stories like this one, as well as “The Guide and the Boy”—set during a guided tour of the Teotihuacán area in Mexico—and poems such as “Really, Isn’t it Strange” read more like vignettes, with their close attention to detail and lack of resolution. Overall, Webb writes in a crisp, casual style that emphasizes mundane details and interactions. In “The Convention,” for example, she describes a dinner attentively: “Harold fiddled with his fork. / Janet drank her water. / I drank my water. / Ed shook out his napkin.” Familial themes also loom large, with tales featuring married couples, father-daughter relationships, and thoughts of childbearing. “Norway,” one of the collection’s most successful stories, describes the disorienting experience of traveling and encountering new languages: The protagonist thinks in response to a Norwegian man’s attentive questioning over a business dinner, “Was this a list of prepositions?” Some readers may be frustrated by the lack of narrative development; indeed, Webb’s description of a Tupperware demonstration in “The Convention” could apply to the collection as a whole: “No final outcome. No outburst.” Still, readers will find plenty of detail and emotional complexity here. 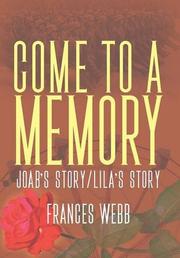 Come to a Memory

In 1939, a young New Jersey girl befriends a half-Jewish refugee from Nazi Germany in this historical novel.

It’s Sept. 1, 1939, and Lila Dodge, a fourth-grader, is informed that her birthday celebration will have to be postponed because Germany has just invaded Poland. Lila lives in New Jersey with her extended family of grandparents, aunts, and uncles in a house that is divided up into green and blue zones. Presiding over all is her grandfather, who has a reputation as the town crackpot. Due to her unusual family and the unfashionable way she dresses, Lila is somewhat ostracized by her fellow students at school. Also shunned is a boy new to the school, the half-Jewish Joab Friedes, a refugee from Nazi Germany who lives with foster parents. Because he is different and barely speaks English, Joab is taunted and beaten up on the playground. Reluctantly over time, Lila, who is the boy’s neighbor, becomes his friend and even protector. From Joab, who has a black number tattooed on his arm, Lila learns firsthand about the horrors being committed in Germany. At the same time, she takes her birthday gift, a set of international paper dolls, and uses them to create a diorama that is a simulacrum of the war in Europe. And even though America has yet to enter the war, Lila’s father decides to join the Army. Webb’s (Innocence and Gold Dust, 2011) great gift here is her creation of a unique American family, as idiosyncratic, in its own way, as the one in Kaufman and Hart’s play You Can’t Take It with You. In addition, Lila’s friendship with Joab moves believably in fits and starts without any kind of melodramatic prodding of the plot, which, in this overlong novel, is barely extant. In its place, readers get much palaver about the advent of World War II. In fact, there is a little too much talk about the war, which unrealistically seems to be the only thing on the minds of the book’s many characters. 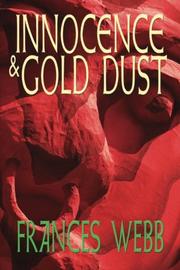 A eunuch in the Eastern Roman Empire rises from slavery to power by devious means in this deeply researched historical novel.

Webb, a retired teacher, instructs readers on the oft-overlooked Eastern Roman Empire of late antiquity. She charts roughly 30 years in the harsh life of Eutropius Foot, including a confusingly large (but historically accurate) cast of emperors, generals, bishops and the two bears for whom the book is named. In a helpful appendix that lists historical facts as well as a glossary, Webb indicates that she based her main character on the real Eutropius, immortalized by the poet Claudian in a scathing diatribe. Webb’s Eutropius is born to an unmarried wanderer somewhere near Constantinopolis. His mother dies shortly after childbirth but not before bestowing his odd name. A soft-hearted, impoverished shepherd finds Eutropius next to his dead mother in a field and takes him home to raise as his own until he can sell him into slavery, castrating him so he will bring more money. This betrayal sends Eutropius on a gradual descent into wretchedness. Because there’s a eunuch for a main character, some readers might assume this to be a somewhat sexless tale, but they would be mistaken. Rather, Webb dallies too long in detailing the vulgar sexual acts performed by slaves and prostitutes; even the kind mistress Sophie, a young woman to whom Eutropius is presented as a dowry gift, commands him to pleasure her. Corrupted, Eutropius begins a thankless career as a pimp for a succession of powerful, lusty politicians. While not charismatic, kind or particularly compelling, Eutropius is imbued with insatiable ambition; he worms his way into the graces of a feeble emperor, using deceit and cruelty to affect momentous historical changes until his arrogance causes a satisfying downfall. Eutropius’ tragicomic story is told amid the battle between emerging Christians and the still-present polytheists, whom Webb details with sharp humor. Many, like Eutropius, convert purely for political reasons, and their fumbles with the new religion’s rules make this unlikable protagonist’s tale easier to follow. Moral ambiguity casts a cynical shadow on this unvarnished, detailed glimpse into the formation of Western civilization.