Franklin H. Perez’s first short story was published in a New York City literary newspaper in 2009.  The story, “The Adventures of the 3&5 Horned Rhino Beetles,” was inspired by Perez’s childhood. He constantly played with these beetles and dreamed that he was like them. He wanted to fly and be strong like them and have super human strength. According to Perez, he found his love of writing for children while growing up in Yagüate. “There, the sweet aroma of sugar cane wafted all over us, bringing a charm and a sense of delirium that we couldn’t resist,” said Perez. His childhood, his son, Sebastian and his many experiences inspire Perez to write from his imagination. Franklin has written 25 children’s books.

After earning a B.A. in Liberal Arts from City College (CUNY), he has had many odd jobs, including a school family para-professional, licensed real estate professional, driver and a licensed tour guide of New York City. Through these experiences, he became a jack of all trades. More importantly, these experiences enriched his life and inspired him to write more.

Though he will always embrace his Yagüatense side, he is a New Yorker at heart, and is currently living in Pennsylvania. If he’s not working on his latest story, you can find him reading, learning a new language, exploring a new travel destination, watching a television series or imagining flying like his rhino beetles!

"The 21st century is under new management … the children."

“The buoyant story is accompanied by Bunda's (Macimanito Moswa, 2016, etc.) sweet illustrations of the two boys and the Master Tailor. While the message that "winning isn't everything" is not a new moral, Perez delivers a fresh and somewhat unexpected take on it [...] the formatting is consistent and eye-catching.”
– Kirkus Reviews 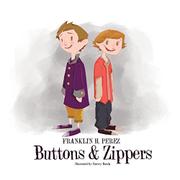 In this debut picture book, Pérez shares his vision of the age-old lesson that there is more to life than competing with others.

The brief story opens by introducing Little Mike, who prefers buttons on his clothing, and his cousin Joshua, who prefers zippers. One night, the two boys decide to have a race to see who can put on their pajamas the fastest. Little Mike wins the first round with his buttons because Joshua cannot seem to be able to find his zipper in the dark. The two boys decide to compete again the following night, but when the time comes, Joshua’s zipper gets caught, and Little Mike triumphs again. Finally, Joshua decides to oil his zipper to get it working properly, and he prevails in the third race. When Little Mike discovers his tactic, he decides it’s cheating and demands that they try again with an unoiled zipper. Joshua gets an article of clothing with a newer zipper and wins the fourth contest as well. Because both boys are even in their scores, they decide to ask the Master Tailor which is better, buttons or zippers. The Master Tailor uses a metaphor about how both edges of his scissors work together, and he tells them: “My little ones, it is good to race, compete and win. But again, I think life is not only about winning, but about working together.” The buoyant story is accompanied by Bunda’s (Macimanito Môswa, 2016, etc.) sweet illustrations of the two boys and the Master Tailor. (The cast, however, lacks diversity.) Some of the colorful images show the boys racing in cars or rocket ships as a visual metaphor for their more sedate competition. The plot moves swiftly and thus this simple tale is a quick read. While the message that “winning isn’t everything” is not a new moral, Pérez delivers a fresh and somewhat unexpected take on it. But the text could use another edit, as there are some minor errors in capitalization and punctuation (for example, missing quotation marks). Otherwise, the formatting is consistent and eye-catching.

This lively tale about a quirky race should entertain children, particularly those who are just learning to read. 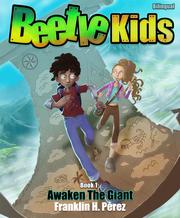 In this dual-language children’s book, a boy’s beloved beetles come to the rescue.

In this tale, set some time ago, the island of Yagüate features sugar cane fields on which rhino beetles feed, though they leave plenty to harvest. Seven-year-old Poolishwawee, with light brown skin, adores the insects, even though they smell bad from their habit of rolling poop (available in vast quantities from manure fertilizer) into balls. His dream is to become “an astronaut entomologist specializing in space beetles.” Ominous signs, like a giant rhino beetle crossing the moon, warn of danger. Poolishwawee and two friends go walking in the sugar cane and get lost as a storm brews. Raul Valcarcel, who’s burning the fields after insecticide doesn’t work, threatens to arrest the kids for trespassing, but they’re defended by pet cat Lily Bones. A hailstorm of beetle-shaped ice descends on the smoky fields, and Tunkun—the giant rhino beetle of legend who, with the huge scorpion Noprok, created the continents—awakens. The sugar cane fields catch on fire, and all of Yagüate unites to put out the blaze. Only Tunkun and his army of beetle firefighters can save the crops and the island. In his latest children’s book, offered in both English and Spanish, Perez manages to combine wonderfully goofy humor with a real sense of mythmaking, along with a subtle environmental message. Poolishwawee’s besottedness is funny, but he’s also genuinely disturbed by the field-burning plans: “ ‘Beetles not dying fast enough,’ Poolishwawee repeated, not believing the words.” The author is a striking phrase maker; for a girl’s French mother, “a ruby smidgen of her heart” remains in Paris, and manure’s smell is “the rumpus of cow poop.” The Spanish version is an uncredited solid translation, almost word for word. The uncredited digital illustrations have an attractively stylized, cartoonish look, with dramatic compositions that underline the action.

"I will give you three days, time …" "if by that time you find out my name, then you child keep your child." Brothers Grimm

The 21st century is under new management … the children.