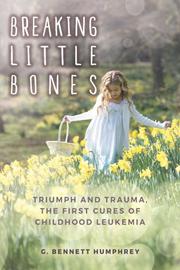 A doctor recounts his harrowing experience treating children with leukemia.

In 1964, Dr. G. Bennet Humphrey worked in the leukemia ward at the National Institute of Health in Maryland and was tasked with administering a drug protocol called POMP, an initialism that captured the four drugs it included: prednisolone, Oncovin, methotrexate, and Purinethol. While POMP could send leukemia into remission, effectively curing patients previously considered terminal, it also delivered debilitating side effects: toxicity, nausea, vomiting, bleeding, and infections, and it sometimes could result in fatality. Nevertheless, the author and his two colleagues, Dr. Gerald Sandler and Dr. Rick Lottsfeldt, were ordered by their supervisor, Dr. Emil “Jay” Freireich, to press on with the treatment. In some cases, in order to protect their patients from the effects of POMP, they violated protocol. The anguish of seeing young children suffer because of a treatment they loathed took an emotional toll on Humphrey and his colleagues: “I was tired of writing orders that could cause toxicity, tired of looking for toxicity all week long, tired of finding toxicity, and tired of watching patients die of toxicity.” The author details the year he spent working in pediatric oncology and discusses not only his clinical experience, but also the relationships he forged with his young patients and their parents, the friendships made with his two colleagues, and the diversions he turned to for solace from the pain of being a daily witness to suffering. Humphrey writes with impressive clarity even when discussing highly technical medical matters, and he poignantly expresses the visceral challenges of his work. He also adds another personal layer to the story by chronicling his romantic life at the time and the loneliness he felt but could not adequately communicate to others. The author’s remembrance is as moving as it is scientifically edifying.

An affecting, candid recollection about the human costs of medical research.

The Bridge for San Luis Rey

The Mountains of Colorado