Dr. Garry Rogers is a research scientist and advocate for wildlife. He writes science fiction adventures set on an Earth where all animals are intelligent. Before turning to full-time writing, he served on the faculties of UCLA and Columbia University in New York. He is currently President of the Agua Fria Open Space Alliance, Inc. of central Arizona.

“A beautifully written YA novel that will captivate environmentalists and sci-fi fans of all ages.”
– Kirkus Reviews 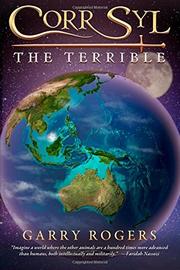 In this sequel to Corr Syl the Warrior (2013), Rogers’ (Arizona Wildlife Notebook, 2013, etc.) hero takes on East Asian militants to save his best friend.

Still reeling from the violence of his first mission as a warrior, Corr Syl returns to his family in the Wycliff District. He’s a member of the ancient Tsaeb race, all of whom are descended from various animals and capable of living harmoniously with the Earth. Corr and his friend Rhya Bright are descended from rabbits and can use their fur as camouflage and think in multiple “thoughtstreams.” As they travel to the Continental Center to work on human psychochemistry research, agents of Ya Zhou, the Imperial Minister of the Taoso nation, capture Rhya. Her duplicitous traveling partner, the lynx-descended Able Remington, facilitates the kidnapping, which will lead to a confrontation between Corr and Zhou—and with his warrior training and advanced senses, Corr is prepared for the challenge. He heads after Rhya in the miraculous IOZ-1899 airship, a Tsaeb creation that interacts with a pilot’s mind. However, Zhou has teamed up with the foul Lactella, a power-mad black widow from the previous novel whose venom allows her to control human hosts. Corr must not only save his friend, but prevent Zhou from raising an army that could dominate the world. In the slim second volume of Rogers’ YA series, he continues to develop his idea that humans should emulate animals, who live better within the bounds of nature, in order to ensure the prosperity of all life on Earth. The author doesn’t mince words on this subject; for example, Ryha mentions helping “humans overcome their mental limitations.” Environmental awareness remains at the plot’s forefront, as when Zhou serves water that is found to be a “stew of lead, arsenic, antibiotics, and hormone disrupters.” Most intriguing, though, is when Rogers merges science fiction with animal facts; Tsaeb warriors hold a discussion, for instance, by “using projected scents, sounds, movements, and thoughts, the electromagnetic fluxes generated by brain and body.” Swift pacing and an action-oriented plot quickly conclude this second Corr adventure, although not before setting up an intriguing third.

A riveting entry in an environmentally aware YA series. 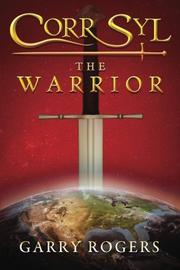 In this debut sci-fi novel, great responsibility is thrust upon a young warrior descended from rabbits who’s fighting to restore peace among humans, animals and the Earth.

The Tsaeb, sapient descendants of animals, have evolved exceptional intelligence well beyond human capacity. They are guided by Immediacy, a “philosophy of consequences” that leads them to strive for peace, balance and environmental sustainability. Though the Tsaeb have evolved, humans—known as the Danog—remain mired in selfish ideals, causing an unsustainable, damaging effect on the environment. Still, for over 100 conflictless years, the Tsaeb and Danog have peacefully coexisted on opposite sides of a border, according to treaties. Corr Syl, a young Tsaeb descended from rabbits, just completed his warrior training and wishes to travel the world. But when the Danog violate the treaty by bringing weapons into Tsaeb territory, Corr is called upon to visit Danog territory to forge some sort of resolution. Reluctantly accepting his assignment, Corr sets off with beautiful Rhya Bright, a fiery young Tsaeb warrior also descended from rabbits. The stark contrast between Tsaeb and Danog cultures illuminates the consequences of human materialism and shortsightedness, highlighting man’s impact on the planet. Although the story gets off to a bit of a slow start, the rich landscape and intricate plot strikingly explore modern understandings of war and the relationships among colonizers, indigenous peoples and the land. It may be difficult to keep track of the numerous places and characters, but the story’s flow remains relatively uncompromised, and an appendix serves as a helpful reference. Rogers (Arizona Wildlife Notebook, 2012) draws from the classic sci-fi wheelhouse, à la Octavia Butler, melding those motifs with fantasy elements in a style sure to please fans of either genre.

A beautifully written YA novel that will captivate environmentalists and sci-fi fans of all ages.

Zen and the Art of Motorcycle Maintenance

"Wherever there is injustice, you will find us." Lucky Day.