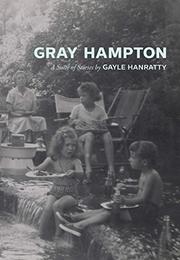 In 1936, Salinda “Sal” Skinner, scarred by the public shame of her drunk father and a “trash” family name, vows to leave Gray Hampton, Kentucky’s small-town prejudice far behind. And so begins a generational tale of women searching to find meaning in their roles as daughters, wives, and mothers. Sal sees her salvation in local rich boy Ivan Barkley, but their “oil and water” marriage ends with an accident at work, which leaves Sal a widow and forces a return to her despised hometown. Sal’s daughters go on to struggle with their own identities. After an interlude with hints of Southern Gothic, youngest Heddy becomes the voice of the second half of the book, narrating her formative years with a narcoleptic handyman stepfather, through marriage and motherhood, until a freak tragedy threatens to destroy her family. A grief-stricken Heddy secludes herself in a woodland cabin, where she attempts to come to terms with personal wounds both old and new and find a kind of philosophical peace among the “community of trees.” Such themes suggest a sprawling tome, but although the novel covers decades of family life, Hanratty displays the short story writer’s keen eye for concision and elision, allowing years to pass in a blink without leaving readers adrift. A fine sense of place helps, as do the well-observed details of family life, with its in-jokes and secret language. The characters feel lived-in and authentic, although Heddy’s voice is marred later on by an unnecessary switch in point of view (from close third- to first-person), and Penny’s voice is conspicuously absent from the narrative, which can sometimes give readers the feeling that the stories are merely an excerpt of a much larger work. But these are minor flaws in an otherwise assured and beautifully crafted novel that packs more into one short book than most writers do in an entire series.

An outstanding debut that succeeds in gathering domestic drama, philosophical fiction, and a touch of Southern Gothic style into one family saga.

I can two-finger whistle and I make terrariums