Geoffrey M. Cooper is a retired cancer researcher and scientific administrator, having held positions as a professor, department chair and associate dean at Harvard Medical School and Boston University. He is the author of several scientific texts and is now using his experience in academic medicine as background for writing fiction. His debut novel is the award-winning medical thriller, The Prize.

“An intense story about ruthlessness in the scientific community.”
– Kirkus Reviews 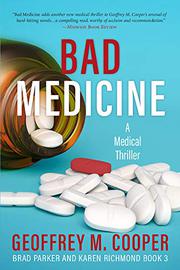 An academic scientist, assigned to resolve a research dispute, instead uncovers conspiracies and murder in Cooper’s third medical thriller in a series.

As the story opens, Brad Parker, the chair of Boston Technological Institute’s department of integrated life sciences, has been coerced by a colleague into arbitrating a tenure case at the Maine Translational Research Institute. Carolyn Gelman, who’s almost universally despised by that institution’s faculty, claims that Mark Heller, a faculty favorite with ties to the pharmaceutical industry, is attempting to undermine her work. Both candidates do research into treating cancers that don’t respond to conventional methods. Cooper effectively guides readers through the hard science, letting narrator Brad explain Gelman’s lecture, for example, in order to keep readers engaged: “She focused on drugs that acted by inhibiting a class of enzymes called receptor tyrosine kinases, or RTKs….” An unknown interlocutor attempts to destroy Gelman’s research and poisons clinical trial patients, causing one to die. It turns out that the suspect works for someone with enough influence to get them a job as a lab assistant under Tom Carlson, a senior faculty member and one of Heller’s supporters. Moreover, it turns out that a suspect in FBI agent Karen Richmond’s case involving Russian mobsters happens to match the suspect’s body type. Such improbable connections between academia and organized crime will keep readers wondering if they see clues where they don’t exist or if they’re closing in on deeper intrigues. However, the novel sometimes falls short in other areas, such as dialogue, which occasionally lapses into the more dubious noir conventions, as when an adversary says to Brad, “You’re better than I thought you’d be. Or your FBI girlfriend is.” Still, the novel also offers quite a few swerves and red herrings to maintain tension throughout. 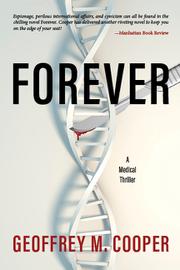 A professor joins the world of academic espionage to track down stolen genetic research in this science-based thriller sequel.

In his third novel, Cooper brings back characters from his previous novel, Nondisclosure (2019): Academic Brad Parker and university detective Karen Richmond, and the latter is now a senior special agent with the FBI. After helping Richmond solve a sexual assault and murder case on his home campus, Boston Technical Institute, Parker is on sabbatical at Harvard University exploring gene manipulation. To his dismay, however, the FBI wants him to help catch Chinese spies posing as university students. Parker initially dismisses the agents’ claims as bigotry, but agrees to report any suspicious activity. With this premise, Cooper, an academic whose former affiliations include Boston University and Harvard Medical School, sets up a mystery that makes genetic engineering accessible to reader via first-person narration. For instance, during a fundraising dinner, Parker remarks that a potential donor “perked up quickly when Alice [a colleague] started showing our data on telomere length” before asking if “the ends of the chromosomes in your treated mice actually got longer...as if the mice are getting younger?” Using minimal technical terminology and nesting the science within conversation helps the novel seem authoritative without alienating readers. Cooper also uses extended scenes to heighten suspense; for example, while researching, Parker comes across papers concerning “experiments in which old mice were given infusions of blood plasma from young mice—with the result that the performance of the old mice in learning and memory tests significantly improved.” Instead of keeping the pace of the novel consistent by simply summarizing, Cooper ratchets up the tension by teasing out Parker’s discovery of a pivotal clue. Although the mystery plot would have benefited from more red herrings, the novel as a whole comes off as an effective medical mystery.

A persuasive tale of scientific intrigue. 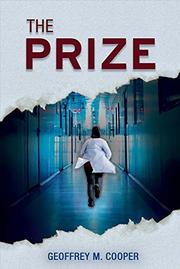 Three scientists strive to find the cure for Alzheimer’s in Cooper’s (The Cell: A Molecular Approach, 2015, etc.) scientific thriller.

Forty-seven-year-old Eric Prescott is an accomplished scientist specializing in Alzheimer’s disease research at the Institute for Advanced Neuroscience in Cambridge, Massachusetts. The novel opens with a conversation between Eric and some scientists after he accepts the Lasker Award for “seminal research in elucidating the basis of Alzheimer’s disease.” Eric’s arrogance is apparent when one of the Karolinska Institute professors on the Nobel Committee, Alfred Bergner, recommends that Prescott speak to another scientist, Pamela Weller: “Prescott was steaming. Did Bergner seriously think this woman was some kind of competition?” Pam is a faculty member in the Langmere Institute for Neurological Disease at Harvard University. When her research results in what may be the key to the cure, Holly Singer, one of her postdocs, teams up with Eric to claim the breakthrough as their own, and they take extreme measures to ensure their place in history and receive the Nobel Prize. The omniscient narration makes each major character’s intentions clear: Pam wants to make a difference, Eric wants fame, and Holly wants to establish herself as a respected voice in the scientific community. One of the highlights of this book is how comfortably Cooper manages to find a balance in presenting difficult scientific topics in an easy-to-follow narrative, as when Holly explains a cell culture: “They’re cells that were triggered to start producing Alzheimer’s plaque. You can see the plaques have formed and the cells are beginning to die.” The characters do come off as a little one-dimensional, however, and the book might have benefited from additional back story, such as how Pam became so interested in Alzheimer’s research. Nonetheless, this is an engrossing read; in one particularly suspenseful moment, a character awaits the results of putting Nembutal in another’s wine.

An intense story about ruthlessness in the scientific community. 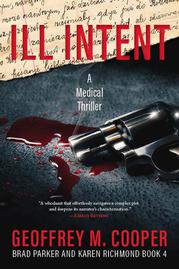 The murder of a friend’s postdoctoral researcher draws Dr. Brad Parker and Agent Karen Richmond into a decades-old scientific mystery.

Early on in this story, Brad remembers how he was asked to volunteer—“or, more accurately, voluntold”—to temporarily move from Boston University to the Maine Translational Research Institute and ended up staying on as director after he and Karen uncovered a scandal there. This nod to the previous entry in Cooper’s series, BadMedicine (2021), comes after he discovers Ellen Turner, a postdoctoral student of faculty member Carolyn Gelman, a character in that book, was murdered during an alleged break-in. Carolyn explains the crime occurred after Ellen received a cryptic email and a letter from her scientist uncle, John Lowell, regarding a mysterious, long-ago “sin against science and truth” that apparently drove fellow scientist Frank Carlisle out of academia. Brad agrees to ask Karen to help him investigate the matter; the pair soon find Frank’s body, an apparent suicide, which leads them to a botched raid on a home where Brad kills a suspect, which he finds very hard to handle. In this fourth series installment, the author again presents a first-person mystery in a style that’s reminiscent of classic noir, and its conversational, moderately sarcastic tone makes Brad a relatable narrator. However, it also extends into darker territory; for example, Brad’s PTSD after the shooting—which includes a vision of the suspect “falling to the ground with my bullets in his chest…dying in front of me, again and again”—reveals him as a vulnerable human being who mourns for someone who might have killed him without hesitation. Cooper also continues to effectively emphasize the complexities of the academic world; here, he disentangles the mystery of Lowell’s connection to Frank’s, Ellen’s, and Carolyn’s lives at a satisfying pace, offering moments of outrage along the way.

A whodunit that effortlessly navigates a complex plot and deepens its narrator’s characterization. 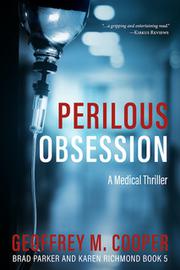 After a doctor is invited to review the tragic death of a patient, he discovers a wider conspiracy in Cooper’s series thriller.

Brad Parker, the cell-biologist director of the Maine Translational Research Institute, receives a call from Jerome Lazarus, the president of the prestigious Bateman Cancer Center, requesting help. Lazarus wants Parker to serve on a panel assessing the death of Victoria Altman, a woman who received an extraordinary overdose of medication. The two principal candidates for responsibility are Patricia Northrup, the physician who wrote the prescription, and Theodore Willingham, the doctor who administered it. Parker concludes that Northrup’s instructions were adequately clear and that Willingham—who, in Parker’s opinion, comes across as an “arrogant asshole”—bears the blame. However, the panel decides otherwise, which Parker finds bizarre. Later, he offers a disgraced Northrup a job at his institute and learns that she plans to sue the Bateman Cancer Center, but before she can, she’s shot and killed. Parker quickly suspects Willingham, but he turns up dead in a similar fashion, leading Parker, with the help of his romantic partner, FBI agent Karen Richmond, to conduct his own investigation. In this fifth installment of an ongoing series, Cooper deftly uncoils a complex scheme that not only involves murder, but also human trafficking. Despite its complications, the plot advances at a brisk pace, and the book is brimming with cinematic action and intrigue. However, the author flirts with melodrama at times, and the dialogue can come across as a bit stale, as when Parker threatens a villain who’s holding Karen against her will; the bad guy replies: “You’ll do what, lover boy?...I can promise that the two of you will be reunited before this is finished. Although you won’t exactly enjoy yourselves.” For the most part, though, the novel is a gripping and entertaining read.

An often exciting tale of medical malfeasance and wide-ranging criminality.