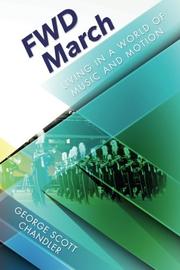 Chandler’s debut memoir takes readers behind the scenes of the little-understood world of color guard.

The author’s story begins in a small Southern town, where his classmates routinely bullied him with a “constant barrage” of homophobic slurs. The author’s passion for performance, though, helped him flower, and after he watched a marching band on television, he was inspired by its precision and power. He learned the trombone and soon became heavily involved in the college color guard. As Chandler describes becoming a director and eventually leading his corps to several championships, it’s evident that he’s very good at what he does. He frames his narrative with an anecdote about the musical TV show Glee, whose producers hired him to choreograph a scene: “Here I was, a part of bringing color guard to a musical television show about a group of kids who were alienated as outsiders in high school.” He later met Stanley Knaub, a renowned choreographer, who playfully called Chandler the “Pixie from Dixie.” Color guard is an art form that requires a lot of discipline, and Chandler offers a surprisingly candid perspective on it: “It’s all show business….There’s an audience that has paid good money to come and see you and you have something to communicate.” This book is an all-encompassing autobiography, narrating the full arc of the author’s life and work. The prose style can be dry and uneven. At its best, though, it has the glossy, appreciative tone of a commencement speech, offering an equal mix of sweet anecdotes and life lessons. In a late chapter, “Putting it Together,” the story transforms into a manifesto about the creative process, and the next, “Dear Performers…,” is an open letter to his mentees. Although Chandler writes that he didn’t know how to finish the book, his finale is particularly sentimental. Alienated youths with a creative streak will likely find inspiration in this story.

A rare glimpse into the color guard lifestyle with personal touches that rescue the book from becoming pure pageantry.