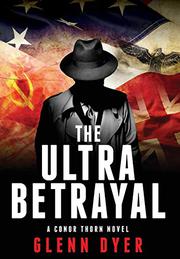 This sequel follows an American and British spy team during World War II.

England, 1942. The crucial secrets of Bletchley Park, Britain’s code and cipher school, are in jeopardy. Swedish cryptologist Gunnar Lind has disappeared from the school, and it is vital to the war effort that his knowledge of Britain’s code-breaking program doesn’t end up in Nazi hands. Winston Churchill knows just whom he wants for the mission: Conor Thorn and Emily Bright. Conor is an agent of the OSS, America’s newly inaugurated intelligence agency. He’s known for his rather reckless methods—like his recent shootout with German spies in the Lisbon airport. Emily is an MI6 agent who worked with Conor successfully on his previous mission—and who has developed strong feelings for him despite herself. Conor is a bit distracted after recently learning that his wife, Grace, was raped not long before her death. Emily goes ahead to Stockholm to search for Lind, but when she turns up missing, Conor must go after her, accompanied by the cryptologist’s highly suspicious wife, Eve. With so many emotions involved, it’s all but inevitable that Conor will resort to even more reckless tactics to save Emily and the Allied war effort. Dyer’s detailed prose excels at evoking the feel of World War II spycraft—or at least the sense of it that readers have in their minds: An operative’s “suite at the Grand was impressively spacious, as well as being neat and orderly, as if an army of maids had just left….A small envelope lay on top of the paper. An ashtray, free from any ash, was placed alongside the newspaper and a pack of Chesterfield cigarettes, unopened.” The book features the requisite historical cameos—Alan Turing, Edward R. Murrow, Ian Fleming—and plenty of cloak-and-dagger encounters, which will please readers enough to ignore the rather contrived plot. Grace’s assault seems a bit exploitatively dark for this sort of novel, which can at times feel quite cartoonish. But fans of this genre will enjoy Dyer’s handling of the setting and the tropes. 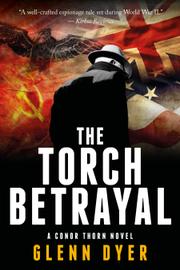 In this debut spy novel, two secret agents attempt to protect the Allies from intelligence leaks.

October 1942. When a document containing the directives of the Allies’ first joint offensive against the Axis powers goes missing from an American air base in England, Gen. Dwight D. Eisenhower orders the fledgling OSS—an American intelligence service formed a mere four months prior—to recover it by any means. It falls to agent Conor Thorn, a “reckless cowboy” who was drummed out of the U.S. Navy for reasons he would rather not talk about, to recover the document. The invasion ships are already packed and scheduled to sail, and time is of the utmost importance. “At the outside, you have sixteen days,” Thorn is informed when he receives his instructions. “Don’t use them all.” Assigned to help Thorn is MI6 agent Emily Bright, a former aid to Winston Churchill who proved herself in the service of the War Cabinet during the Blitz. Bright will stop at nothing to put an end to the German war machine, and Thorn will do anything to prove that, despite his checkered past, he is a soldier worth his salt. The two will have to work together to discover what treacherous element within the Allied forces is feeding information to the Nazis in order to save Operation Torch—the British and American invasion of German-held North Africa—from becoming a massacre. Dyer writes in a confident, gripping prose that adeptly summons the formality and intrigue of World War II intelligence. It is apparent how enamored the author is of the milieu, and while the plot moves along at a steady clip, Dyer isn’t afraid to let his scenes marinate at times. With cameos from the likes of Charles de Gaulle, Churchill, Eisenhower, and Hedy Lamarr, the book delivers plenty of fun for fans of historical fiction while managing to present a genuinely entertaining spy mystery. The usual genre beats are present, but Thorn and Bright make a compelling pair, and the reader should be pleased to follow them in future adventures.

"Briody was stunned by their level of skill but then a haymaker landed with a noise like a dead man dropped onto the pavement and the novice went down like he was trying to catch up to that sound." - Thomas Kelly from Empire Rising