Glenn Ickler has had a long career in newspapers as a reporter, feature writer, theater critic, columnist, editorial writer and editor. He has been part of an editorial page staff nominated for a Pulitzer Prize, and he has won numerous awards for his writing. The Mitch and Al series of mystery novels features a reporter and photographer team and draws on the author's experience in the newspaper world. A native and long-time resident of Minnesota, he now resides in a small Massachusetts town west of Boston. 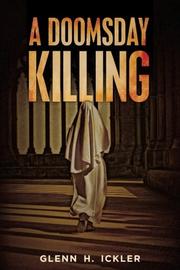 In Ickler’s (A Cold Case of Killing, 2016, etc.) mystery, a newspaper reporter investigates a religious cult whose leader says that the end of the world is only two weeks away.

Warren “Mitch” Mitchell, a reporter for the St. Paul Daily Dispatch newspaper in Minnesota, isn’t terribly worried when Sister Rebekah, of a cult sect called The Faithful United for Beatification at the Second Coming of Our Blessed Lord and Savior, claims that the upcoming Easter Sunday could be the date of the rapture. Later, while investigating a series of murders, he uncovers a larger conspiracy among the group’s leaders, who con members out of their life savings and are believed to have a cache of weapons in an abandoned iron mine. Mitch’s efforts to ingratiate himself with the cult in order to get the full story lead to off-the-wall conversations about the afterlife and plenty of puns about the “prophet and loss” of exploiting religion for financial gain. The cult leaders are all irredeemable from the start, which makes determining which false prophet is the most false irrelevant. Cult members Sister Salome and Brother Noah are shown to be especially devious in their conflicting reports of the other’s misdeeds, and the fun for the reader is in getting to see firsthand what specific nonsense Mitch chooses to leave out of his published story. Meanwhile, the date of the supposed rapture dovetails with that of a newspaper company meeting that will determine the fates of staffers. When Mitch is asked, “You mean there’s no point in boiling eggs and dying them?” his answer is really about choosing faith over fear in an uncertain world. Ickler’s depiction of Mitch’s discussion with photographer Alan Jeffrey and cartoonist Dave Jerome, about which of the three will be the most marketable after they’re laid off, rings especially true.

Mitch’s cheerful devotion to his work—absurd subjects, gloomy colleagues, and all—will make any reader a believer.