I am an author with two books behind me. The Mind novel is about an African American woman, Sheila, who is struggling with hearing voices. She finds out many shocking truths from her past with the assistance of one of her friends. Her friend Jonathan is right by her side during her transitioning in becoming well and whole from depression. She becomes reaquainted with her close friends. This book of fiction has given me the opportunity to be the maker of my own story line, characters, and their own captivating conversations. I also have completed a poetry compilation entitled Freedom. The book emphasizes the struggle of African Americans in the United States. Even before the turn of events that Black Lives Matter has been fighting for during the past few years, I felt a need to write about matters concerning the status of us because I am an African American and because I think that I have some insight on our struggle, our problems, and our rich culture.

“A psychological tale with a messy plot.”
– Kirkus Reviews 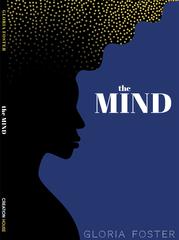 A debut novel analyzes how the mind processes childhood trauma and examines its effects.

Sheila Leclaire is a successful black investment banker in spite of the hallucinatory voices she has heard since she was 6 years old. Intrusive and menacing—“You ain’t worth anything! Die!” —they leave her feeling “stalked and fearful.” One night, in a futile effort to block them out, she seeks refuge in drinking and is hospitalized for a blackout. The doctors release her with a recommendation of outpatient therapy to uncover the source of the voices. Feeling vulnerable and alone, she temporarily moves in with Jonathan, her best friend from work, who lends moral support. Sheila also has an upcoming reunion with old friends to look forward to in a couple months. Seeking answers to fill in the gaps from a childhood she can’t remember, she reaches out to her friend Valencia, who reveals a long-held secret. At age 4, Sheila wandered away from her friends and was randomly beaten unconscious by a group of local boys. Her family and friends hid this from her in an effort to protect her from lasting trauma and harm. But it’s possible that this secret may have given birth to the voices. Sheila hopes to achieve healing through therapy in time to enjoy the reunion and perhaps for her friendship with Jonathan to evolve into something more. In her energetic series opener, Foster certainly delivers an intriguing premise and addresses timely and important issues. According to the publisher’s website, she envisions Sheila’s journey as one in which the protagonist “learns to renew her mind daily if she is to reach her destiny.” But Sheila’s odyssey becomes confusing and cluttered by various story threads; a subplot about her friend Allie’s being raised by her grandmother is needlessly inserted. In addition, this short novel is sometimes padded: “I reached for my handbag. I opened the car door.” And a final time jump robs readers of any type of resolution.

A psychological tale with a messy plot. 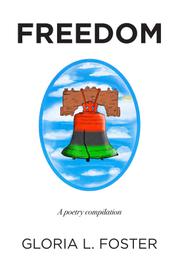 BY Gloria Foster • POSTED ON

A collection of poetry focuses on freedom.

Foster (The Mind, 2017) announces her theme in the title of her new volume of poetry. Each piece, she writes, “actually relates to the overall aspect of freedom.” Sometimes, that relationship is crystal clear, as in the collection’s opening poem, “Ode to Freedom,” which begins “Captured from Africa and enslaved here to / the end. Oh, but now, my ancestry has been / mend. / In longing to break the bondage, runaway / slaves became free. The contentment and / delight of freedom are so exhilarating to me.” Here and elsewhere, the poet’s language is nonstandard, but there’s no denying the energy behind her words, and at its best, her verse is bracing. But at other times, her works’ relevance to her central concern is less obvious. For example, the brief piece “Know” is quoted here in its entirety: “Steal away to / Inhibitory acts. / Steadfast to / Current status. / Eliteness. / Power.” It’s not entirely clear what “inhibitory acts” have to do with freedom—or what they are, for that matter—but more importantly, “Know” is so gnomic as to be almost nonsensical. While brevity is the soul of wit, many of Foster’s poems would be stronger if they were just a little bit longer. The same thing might be said of the book itself. Mill’s On Liberty runs past 47,000 words. Jonathan Franzen’s Freedom checks in at over 550 pages. Foster’s thin volume of the same name is just over a dozen pages. Combine this with the fact that more than a handful of her poems barely stretch past a dozen words, and readers will likely be left with the feeling that the author should have written a few more pieces—and perhaps some lengthier ones. Foster clearly has something important to say; she should feel free to write more in the future.

A spirited and promising volume of poetry.